Taylor Swift responded to Sophie Turner complimenting the release of her new song “Mr. Perfectly Fine” with a spot-on “Game of Thrones” reference.

Swift has been re-recording her old music and slowly releasing it over time. On Wednesday, the singer and songwriter debuted the new version of her 2008 song “Mr. Perfectly Fine,” which many speculate was written about Turner’s husband, Joe Jonas. Swift and the former Jonas Brothers member dated around that time but ultimately called it quits.

Undeterred by the potential drama, Turner took to her Instagram Story on Wednesday to compliment the track.

It wasn’t long before Swift recognized the compliment and dealt out one of her own. 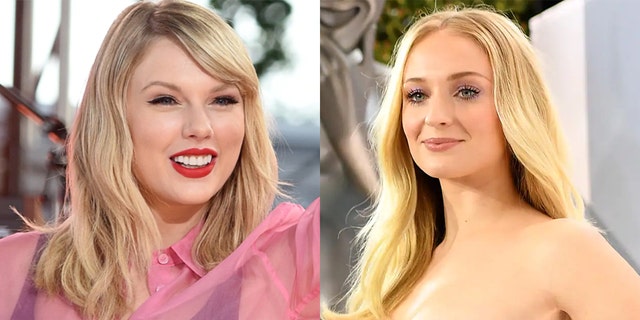 “Forever bending the knee to the 👑 of the north,” Swift responded.

The line referenced Turner’s “Game of Thrones” character, Sansa Stark, who ended up leading the northern part of the fictional kingdom of Westeros.

People reports that speculation about Jonas being the subject of the song, which focuses on a heartbroken woman singing about her ex who moved on quickly, was renewed after the release, causing his name to trend on Twitter.

“Me in 2020: life is chill, writing songs based in fiction to avoid drama, feeling pretty grown up. My 2008 music from the vault, in a goblin voice: ‘REELEEEEEEASE MR PERFECTLY FIIIIIIINE,'” the pop star tweeted Wednesday to announce the track.

The song comes days ahead of the re-release of her 2008 album “Fearless,” which will include songs “from the vault” such as  “You All Over Me” featuring Maren Morris, “We Were Happy,” “Bye, Bye, Baby,” “That’s When” featuring Keith Urban, “Mr. Perfectly Fine” and “Don’t You.”

The Grammy-winning artist confirmed back in November that she can re-record her first five albums — “Taylor Swift,” “Fearless,” “Speak Now,” “Red” and “1989” — and take ownership of her original songs as her contract with her ex-label, Big Machine Records, is finally over.

She left the label in 2018, but in July 2019 it was announced that producer/manager Scooter Braun bought the rights to Swift’s records she made with Big Machine when he acquired the company for $300 million.