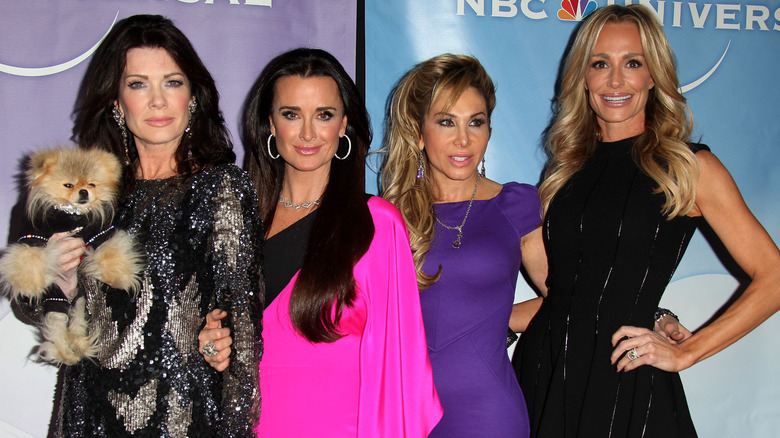 We all know that reality TV isn’t exactly as real as it proclaims to be. Of course, it’s certainly true that you can’t make up some of the outrageous personalities found on franchises like “Real Housewives” — and some of the scenes that seem like they surely must be scripted are actually very real.

Take, for example, the iconic “Dinner Party From Hell” from Season 1 of “The Real Housewives of Beverly Hills.” Who could forget psychic medium Allison DuBois puffing away on her e-cigarette (so ahead of her time!) as she calmly looked around the room and told everyone she knew when they were going to die?

“When I saw Allison smoke the e-cigarette, ahead of her time for vaping, these lines — you couldn’t write this stuff. No one told us to write, ‘I know how she is going to die.’ It was awesome,” producer Bill Fritz said at BravoCon in 2020 (via E! News).

Although the show isn’t scripted, there are certainly things happening behind the scenes that producers don’t want us to know about.

Real Housewives has a big secret about the show's ensembles 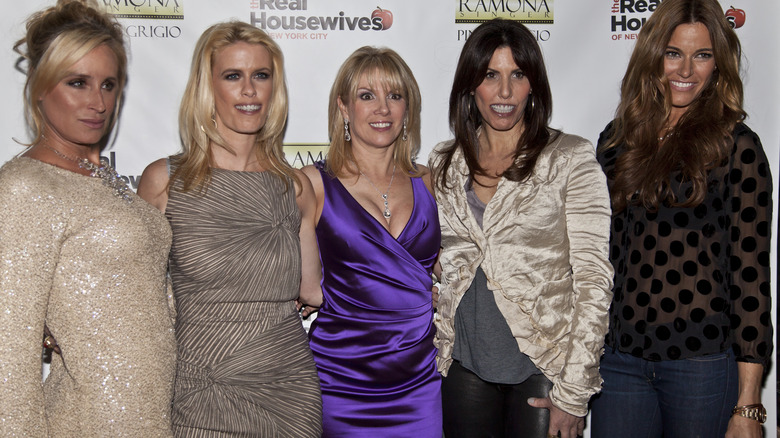 A huge part of “Real Housewives” success depends on the ensemble’s chemistry and how the women interact with one another — and, until filming begins, it’s impossible for producers to know exactly how someone will behave when the cameras are rolling.

That’s why reality shows with ensemble casts, including “Real Housewives,” start out with more people than they need (via Business Insider). Once shooting has concluded, producers decide who has earned their spot in the opening credits and who will get cut.

“You do everything you possibly can to try to bring out the best of them,” Sean Dash, producer of series including “Bering Sea Gold” and “Deadliest Catch” told Business Insider. “You try to see who it would be good to pair them up with, who do they bounce off with naturally, what tends to spark them.”

But sometimes, despite producers’ best efforts, there’s someone who just doesn’t fit in or bring anything exciting to the show. “If somebody just doesn’t deliver, they just begin naturally to fade because the edit bay, honestly, is a meritocracy,” Dash said. “The best characters win out and the best stories win out. People who don’t deliver just end up on the cutting-room floor.”

Showbiz is tough, and reality TV is no exception.