The royals are truly spiraling in the wake of Meghan Markle and Prince Harry’s interview with Oprah, where they opened up about the mistreatment they endured as working members of the royal family.

While the palace has made it clear they want to keep things private, a source tells Us Weekly that the Queen has been in round-the-clock crisis meetings.

“She has barely had any time to herself since the interview and has been in constant crisis meetings,” a source says, adding that Her Majesty has not watched the Sussexes’ interview but has been “thoroughly briefed” by royal aides.

Prince William and Prince Harry have been in contact since the interview, but Gayle King recently said that the conversations haven’t exactly been productive. 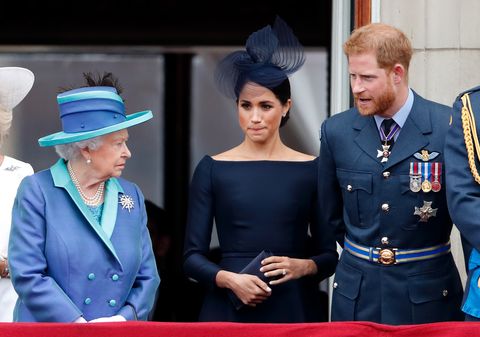 “I did actually call them to see how they were feeling, and it’s true, Harry has talked to his brother and he has talked to his father too,” Gayle said on CBS This Morning. “The word I was given was that those conversations were not productive. But they are glad that they have at least started a conversation. And I think what is still upsetting to them is the palace keeps saying they want to work it out privately, but yet they believe these false stories are coming out that are very disparaging against Meghan, still.”