Thomas Markle came out all guns blazing in a “60 Minutes” interview after the birth of his granddaughter, Lilibet Diana. He spoke about his non-relationship with Meghan Markle and his hopes for the future, per the Daily Mail.

Thomas, who apparently lives only 70 miles away from his estranged daughter, has yet to meet his grandchildren and lamented, “I’ll be very disappointed that I don’t get to hold my granddaughter.” He mused, “On July 18, I’ll be 77 years old. Most of the Markle men don’t make it much past 80.” The former lighting director realized, “I might never see my grandchildren. I’m not looking for pity. I’m just saying that’s a reality.”

The Duchess of Sussex and her father have not spoken since two days before her wedding. He told “Good Morning Britain” in March how sorry he was for betraying and lying to Meghan shortly before her marriage to Harry. At the time, he explained (via People), “They [the press] were making me an alcoholic, calling me names, talking about the way I dress.” So, he took an offer to stage some photos because they promised to “make him look good.” Meghan then called him and asked him to tell her the truth about the staged photos. Thomas admitted that he lied to her, and they have not spoken since.’

On “60 Minutes,” he revealed, “I’ve apologized a hundred times for it.” However, Thomas made a shocking claim during the interview about how Meghan and Harry treated him. 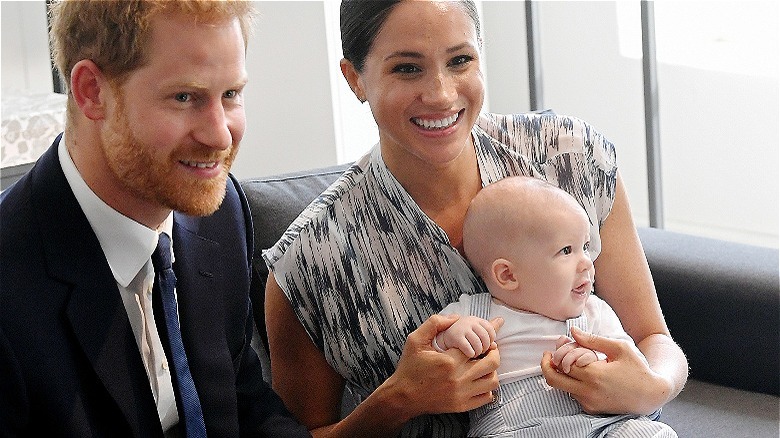 Thomas Markle feels that his youngest daughter, Meghan Markle, is treating him unfairly. He spoke to “60 Minutes” a few days after the birth of his granddaughter, Lilibet Diana (who’s named after Queen Elizabeth), and expressed his exasperation.  “Of course it hurts, there are axe murderers in prison and their family comes to see them,” he fumed. He felt that Meghan and Prince Harry were not treating him worse than an “axe murderer” and went on to explain that even criminals received visits from their loved ones. The 76-year-old continued, “I’m not an axe murder. I made one dumb mistake and I’ve been punished for it.”