The Tragic Death Of Frank Bonner

Frank Bonner, the star who played Herb Tarlek on the TV sitcom “WKRP in Cincinnati” in the late 1970s, died June 16. He was 79. According to TMZ, he died peacefully “as a result of complications from Lewy body dementia.” He was surrounded by his family at the time of his death.

The actor was best known for his role as “the radio station sales manager who could never land the big account,” TMZ noted. Bonner even reprised the role a decade later for the “New WKRP in Cincinnati,” which ran from 1991 to 1993. Aside from acting, Bonner was also a director and was the man behind the camera for episodes a number of other television series, including “Family Ties,” “The Van Dyke Show,” “Who’s the Boss,” and “Saved By the Bell: The New Class.” His last-ever acting credit came in the form of the character Larry in “Under the Hollywood Sign” in 2014.

Scroll ahead to see how Bonner’s friends and fans honored him following his death. 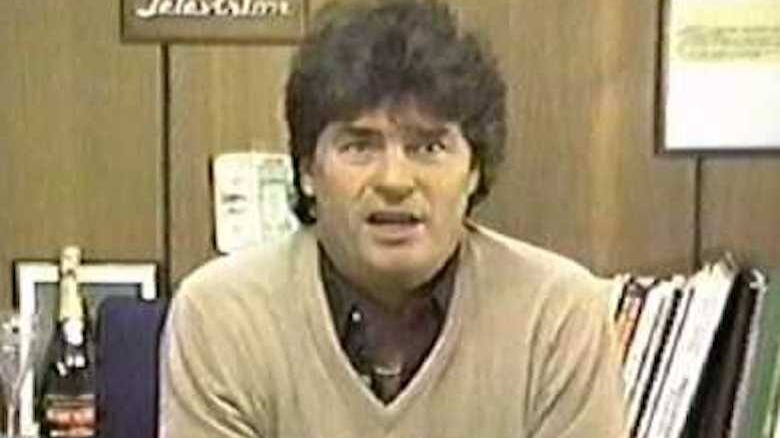 After news of Frank Bonner’s death, his fans and friends took to Twitter to mourn the TV star. Toronto radio host John Derringer wrote: “Can’t count the number of times someone’s walked into our station sales office and said ‘So, is there a Herb Tarlek around here?’ The answer has always been ‘Yes.’ A perfect character. RIP Frank Bonner.”

Comedian Brent Butt tweeted, “RIP Frank Bonner, who played, among other things, one of the best/funniest TV characters in the history of the medium, Herb Tarlek.” Singer Julie Nesrallah added, “Perfectly cast. Decorating the heavens with plaid suits at that great radio station in the sky.”

The actor’s fans also share tributes on social media, particularly remembering his “WKRP in Cincinnati” character’s unforgettable fashion sense. Entertainment Weekly editor Dalton Ross wrote: “In memory of Frank Bonner, let’s all bow down at the altar of TV’s ultimate fashion god, Herb Freakin’ Tarlek!” Another person added, “R.I.P. Frank Bonner. He portrayed the man with the loudest suits on television.” Among fans, Bonner’s legacy is sure to live on.