Home » Celebrities » Tim Kaine: ‘The United States didn’t inherit slavery from anybody. We created it’

Tim Kaine: ‘The United States didn’t inherit slavery from anybody. We created it’ 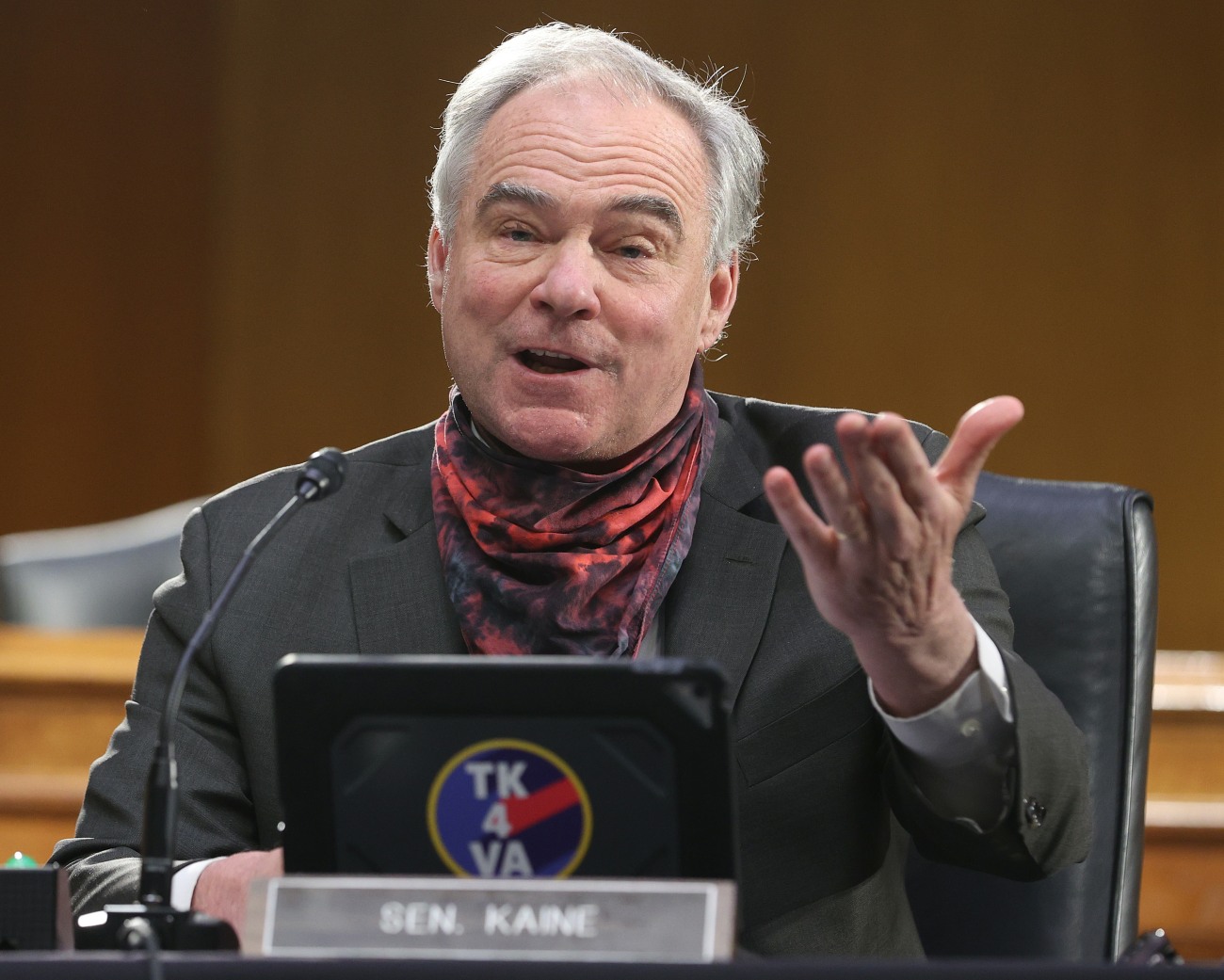 Virginia politicians, y’all. Sometimes I love my state! All of our major statewide office holders are Democrats and they are all white dudes trying to out-woke each other. First it was Senator Mark Warner getting a cooking lesson from Kamala Harris on Zoom (still one of the funniest things to come out of the pandemic). Then there were all of the moves by Gov. Ralph Northam to “make up” for the fact that he did blackface in high school – he restored voting rights to a wide swath of felons in the state, he made Election Day a state holiday, he ordered a huge mail-in ballot initiative, and now this: he wants Virginia, the former home of the Confederate capital, to recognize Juneteenth as a (paid) state holiday:

Virginia Gov. Ralph Northam announced Tuesday that he will introduce legislation to make Juneteenth a paid state holiday. “It’s time we elevate this, not just a celebration by and for some Virginians, but one acknowledged and celebrated by all of us,” Northam, a Democrat, said at a news conference in Richmond. Northam said Virginia ceremonially recognizes Juneteenth Independence Day with an annual written proclamation, “but we need to do much more.” His action, Northam said, would formalize that observation, and Friday will mark a paid day off for executive branch state employees.

The reason that I love this is because I am a product of Virginia schools, and we didn’t do anything for Juneteenth, and we didn’t grow up celebrating it as an actual acknowledged holiday. But it absolutely should be. Not just a state holiday, but a federal holiday. And I looove that Northam is doing this and saying this.

Meanwhile, on the same damn day, Senator Tim Kaine spoke on the Senate floor about institutionalized racism, the legacy of the Confederacy and the modern racism we see today. It was an excellent speech, honestly. The part a lot of salty Republicans are catching on can be seen at the 4-minute mark.

“The United States didn’t inherit slavery from anybody. We created it. It got created by the Virginia General Assembly and the legislatures of other states. It got created by the court systems in colonial America…” If you watch the whole speech or just that 2-minute excerpt, you get what he’s saying. He’s not saying that the American colonies were the first ever people ever to “create” slavery. He’s saying that we, as Americans, need to take ownership of our adoption and codification of a slavery system. He’s saying that “we created” the uniquely toxic American slavery system, the legacy of which can still be seen and felt today. Anyway, salty Republican bros are salty about it. They’re whining so much! They would rather whine than have a good faith discussion about slavery and racism.