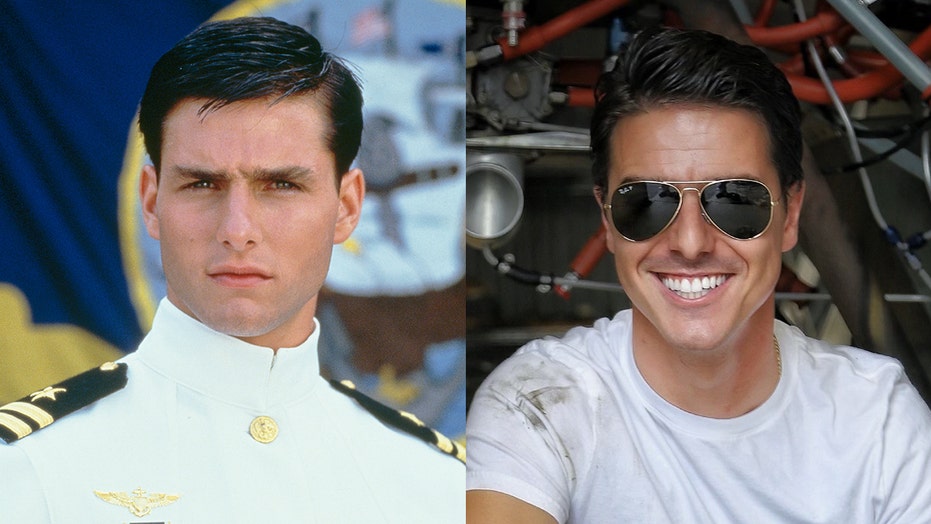 Once a creative virtuoso who was studying architecture at the University of California, Los Angeles (UCLA), Jerome LeBlanc soon found his calling as the most sought-after Tom Cruise lookalike until his high-profile Instagram account was deactivated for allegedly violating its terms and conditions by “impersonating” someone he wasn’t.

Except that someone is a fictional character, Lt. Pete “Maverick” Mitchell, played by actor Cruise in “Top Gun.”

LeBlanc, 33, told Fox News Digital that he and his manager wife – whom he met one day on Hollywood Boulevard while impersonating the famed “Top Gun” hunk – have been stonewalled by Instagram and have lost out on a ton of business due to the platform eschewing the social media account, which had 30,000 at the time of its deactivation.

Instagram – which is owned by Meta, formerly known as Facebook – initially banned the San Diego-based LeBlanc in June 2021 before LeBlanc said he had to submit verification and proof of his uncanny looks in order to have his account reinstated. 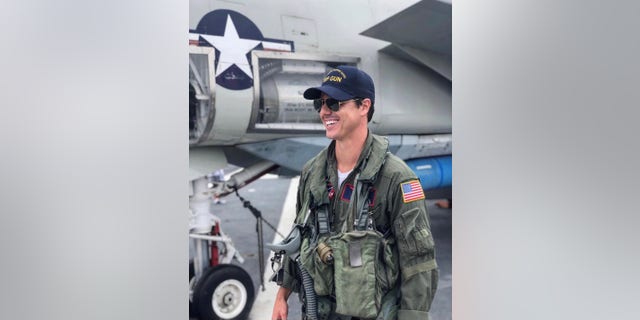 “We got it back after proving and showing my ID with the way I look that I portray ‘Maverick’ and they said, ‘sorry for our mistake’ and they gave it back,” LeBlanc explained of the process, which has become painstaking to remedy after he said the platform apologized for its initial mistake.

Per Instagram’s rules: “Creating an account to impersonate someone is against the Community Guidelines and could result in the removal of your account.”

LeBlanc’s native language is French and says he adheres to all of Instagram’s rules and regulations.

“The second time we applied about six times a day for over two months and they never gave it back, even my saying, I am this person,” he said. “I even recreated — how interesting is it that I created two more accounts after it was deactivated under my name, Jerome LeBlanc — impersonator of Maverick, and it got deleted right away. So I don’t know how even that is even possible as well?” 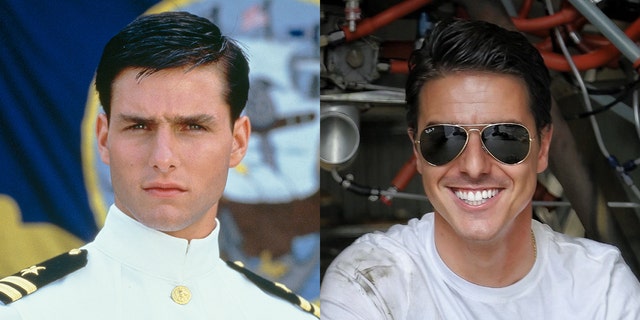 Reps for Instagram and Meta did not respond to Fox News Digital’s requests for comment. Furthermore, a number of attorneys who are not associated with the inquiry declined to speak on the matter with some citing confusion over the ban and others saying they don’t know enough about the situation to confidently lend their insight.

LeBlanc shares two young children with his wife – a 3-month-old son and a daughter who is 2 and a half. He says the loss in income has been devastating “in these difficult times” and said that while his legal counsel is based in Louisiana, bringing a lawsuit against the social media corporation in California would all but deplete their savings – but the option remains on the table as the Instagram ban is “definitely a legal matter at this point.”

“I mean, losing Instagram and over 30,000 followers, that was my platform where I was really just posting events and clips of events I would do here in San Diego,” LeBlanc explained of his upended business. “I’ve performed on the USS Midway and Miramar base, Kansas City Barbecue. I’m sure you’re familiar with all these locations due to the movie ‘Top Gun’ being filmed here.”

“So I think I really had a big San Diego-based audience on my social media where people could see all this and book me from my platform,” LeBlanc added. “And losing that, I can tell, affected my business tremendously because people were like, ‘What happened with California Tom Cruise?’ And people reached out to other groups or ‘Top Gun’ fans asking about me. So it definitely, I think, made me lose a lot of business for sure.” 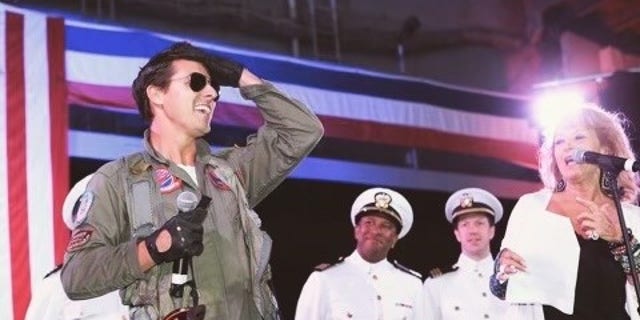 He continued: “I kind of put my architectural degree aside at UCLA and I went full speed into this craft and then we moved down to San Diego. And that’s when I was like, wow, this is this can be a career,” he said. “And then my wife, who met me as Maverick, realized it is a niche that we should really push further, so she became my manager and she’s been my manager ever since, so both of us are pretty much hurt in the process.”

LeBlanc said he even recreated a couple of Instagram accounts to see if they would pass the test but said those were also removed immediately, and now LeBlanc says no one from Instagram or Meta has gotten back to him regarding his numerous appeals.

He has since switched to TikTok, where he plays to more than half a million followers.

“Never in my career for 11 years, I’ve been doing this have I called myself Tom Cruise,” he fumed while also pondering why other similar social media accounts have been able to carry on without banishment.

“Have I used the hashtag Tom Cruise? Yes, correct. But Maverick is a character. I’m not doing anything wrong by impersonating a fictional character,” argued LeBlanc. “And so I would say the response of people finding out that I lost my Instagram, they were very insulted and upset about that for sure.” 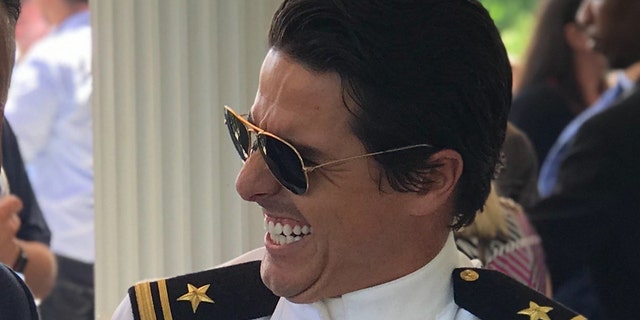 In fact, LeBlanc’s Maverick impersonation is so spot-on, he claimed to Fox News Digital that Paramount Studios had even reached out to him in the past to work with him – so in his theory of who or what might be standing in his way, LeBlanc has his own suspicions.

“In our situation, we reached out so many times and we had lawyers reaching out, calling, emailing, Facebook and Meta, and we just never heard back. So I would say there are so many other characters,” he explained.

“Is my character targeted because the movie’s been postponed, and maybe I’m so good at what I’m doing that it makes people upset or I could go further and think, is it Paramount, is it Tom Cruise or is it the religion?” he questioned. “But Paramount has reached out to me to potentially work with me last year, so I doubt it really is the studio. But I think my character is so loved and brings so much attention on social media. I think that’s why I probably got deleted – to not mislead where the real Tom Cruise could be or of scenes of the new ‘Top Gun: Maverick’ or something like that.”

“It always crossed my mind, when will I meet him? And I know myself, as soon as I see him, I will take off the glasses and be who I am and just shake his hand.”

At the end of the day, LeBlanc just says he wants to get back to doing what he loves – bringing smiles to the faces of those who love and were inspired by Maverick in “Top Gun.”

“When people need a celebrity – sometimes they’re so fascinated by a certain movie they’ve done that they want to meet the character” he opined. “Well, that’s what I’m able to bring to the table, and people just kind of freak out because the nostalgia of ‘Top Gun’ is so big from people that grew up with that movie in the ’80s.” 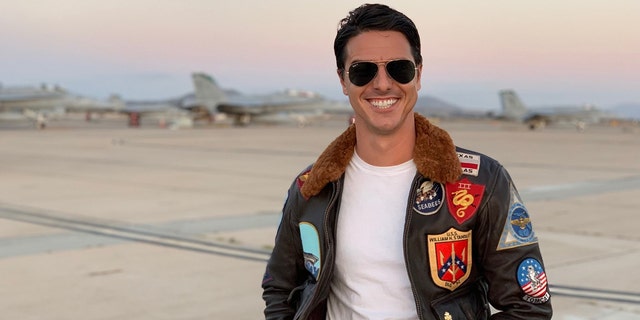 The Canadian said he believes Instagram simply has too much control over its users and is often too vague in its reasoning behind certain retributions.

“Yes, absolutely. And you know, like any performer, the joy of doing what I do is entertainment. I’m entertaining guests and I feed on the energy of seeing them, just smiling and cracking up,” LeBlanc exuded, the octave in his voice increasing with each moment of recollection. “And I’m super witty, so I take on people – if one lady isn’t smiling, I’m going to say – ‘Oh my God, it looks like we got to bring back that loving feeling.’ So that’s what is frustrating. It’s like, wow, I was bringing a lot of love and a lot of effort in what I do to give people a good time like any performer, like any comedian even. So yeah, it is upsetting, absolutely with the amount of work that I had when Instagram was around, it’s a challenge to keep going, but I keep my head up.”

LeBlanc also recalled a moment at San Diego Comic-Con one year when he was mere moments from meeting Cruise until the “Mission: Impossible” star elected not to greet fans.

Some studio personnel close to the actor quipped to LeBlanc that Cruise couldn’t stomach the idea that he could come face to face with his biggest supporter who happened to be “two feet taller” and whose first language is French. 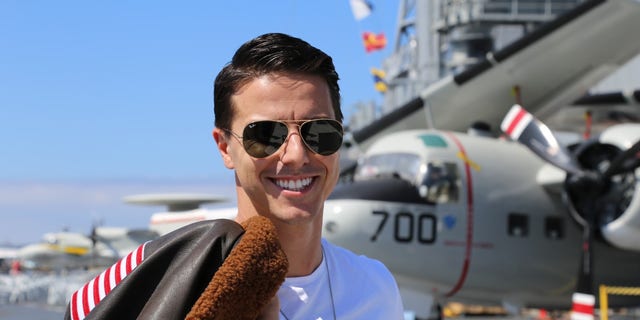 Canadian Jerome LeBlanc has since switched to TikTok, where he plays to more than half a million followers as "Top Gun" hero Maverick.
(Courtesy Jerome LeBlanc)

“My niche is very particular. I mean, I have people from aviation contacting me, people from the Navy. I mean, I do graduations constantly,” said LeBlanc. “Even other Tom Cruise fans will tell me, ‘You’re so humble’ and it’s just refreshing. It’s a nice compliment.”

Despite the Instagram ban, LeBlanc said he longs for the day he actually meets Cruise and said knows exactly how he will address the actor in the flesh.

“It always crossed my mind, when will I meet him? And I know myself, as soon as I see him, I will take off the glasses and be who I am and just shake his hand,” LeBlanc envisioned. “I’m not here to be beside him or make it a ‘who laughs the loudest’ or ‘who has the better smile.’

“It’s almost like, ‘Hey, hats off. Thank you for all the acting you did because it gave me a good character  to play with and I was I really enjoyed your character and we have a similar smile – so a similar charm, maybe?’ And that’s what people like, and that’s what they remember from 1986. And I’m lucky and blessed to have that.”