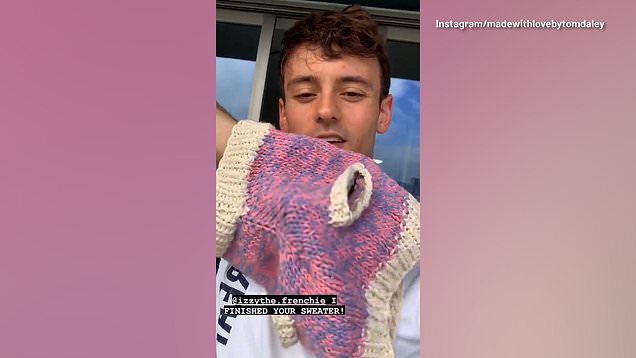 Tom Daley captured our hearts as he was spotted knitting while taking in the Olympic diving action from the stands over the weekend.

It wasn’t enough that he won a gold medal alongside Matty Lee, no, he had to go and claim the nation’s admiration yet again by getting out the knitting needles poolside on Sunday to create some absolute aesthetic numbers.

The 27-year-old athlete could be seen working on a purple and cream-coloured woolly design as he watched the diving event alongside fellow athletes and officials, having earlier shown off his medal holder (naturally).

Shown as part of BBC Sport’s coverage of the event, he later shared a screengrab of himself in the stands on Instagram Stories.

If you were wondering what Tom was crafting, though, the sportsman revealed on his dedicated knitting page Made With Love By Tom Daley: ‘For those asking what I’m making here … I am making a dog jumper for @izzythe.frenchie.’ 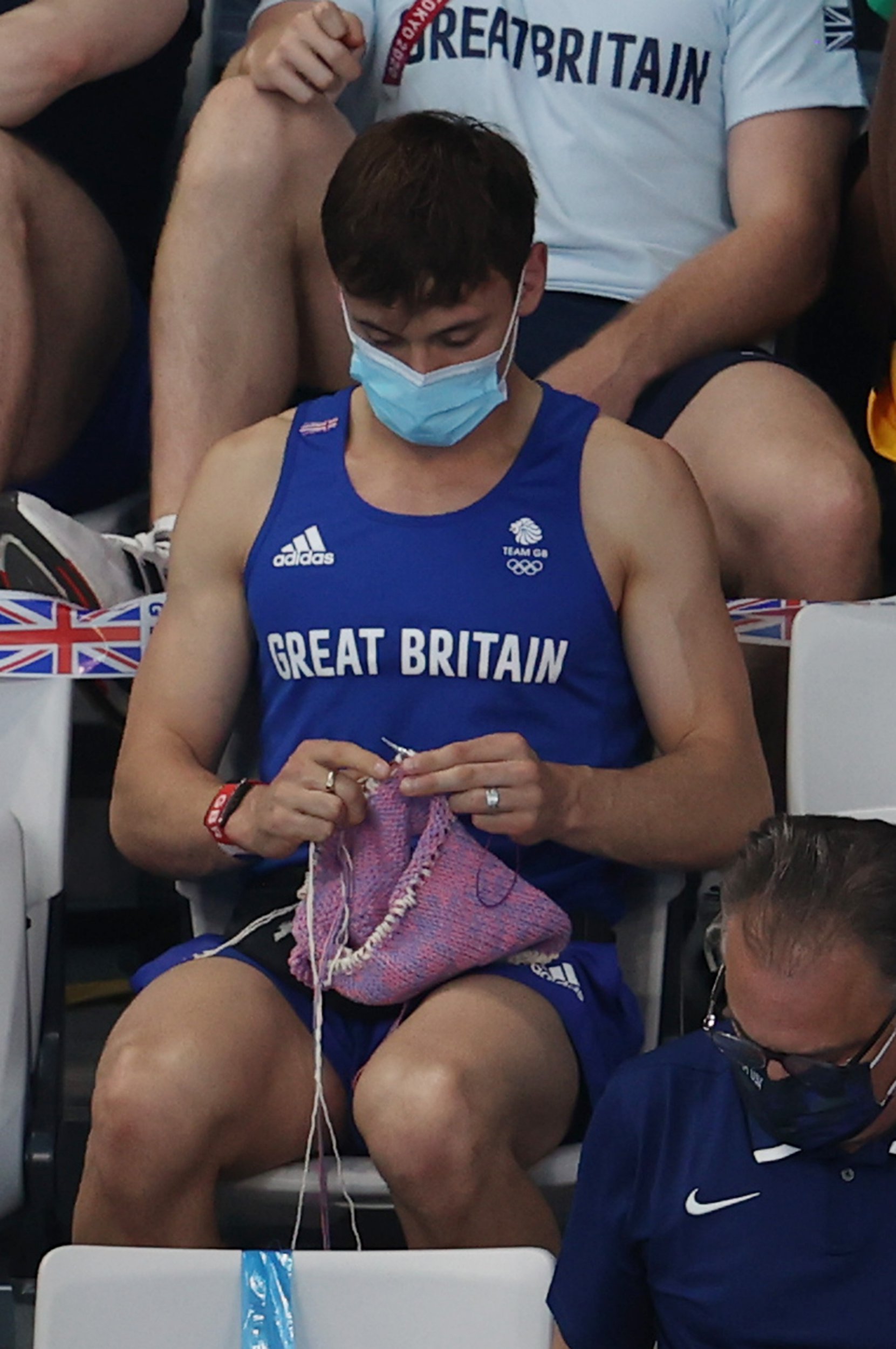 ‘Knitting has become my way of finding calm, mindfulness and relieves stress,’ he mused in another story on his main account. ‘I love it!’

The Olympian also revealed he’s already hard at work on another creation, with a Team GB cardigan coming together nicely as his needles break a world record in speed.

Going even further, Tom is knitting away all for a good cause, with a CrowdFunder shared on his Instagram revealing a dazzling jacket he put together was sold to raise money for the Brain Tumour Charity, bagging £5,787.

Tom has made it no secret that he is a big fan of knitting, insisting it kept him ‘sane throughout this process’, and he even has a dedicated Instagram account to show off his crotchet and knitted creations, impressing us last week by making himself a customised pouch to remind him of his first gold medal at this year’s games.

The design features the Union Jack flag on one side and the Japanese flag on the other, and he is using it to store his medal so it doesn’t get scratched or damaged.

Sharing it in a video, he said: ‘Myself and Matty, my synchro partner, won the Olympics yesterday, and I thought I’d come on and just say, the one thing that has kept me sane throughout this whole process is my love for knitting and crocheting and all things stitching.

‘So I want to say thank you to all my followers on here for actually following along, but not only that, this morning, I made a little cosy for my medal to stop it getting scratched.’

Hey you don’t work that hard to win gold only to let it get ruined in your bag, do you?

Here’s hoping Tom doesn’t run out of yarn during the games, because we’re loving these creations.