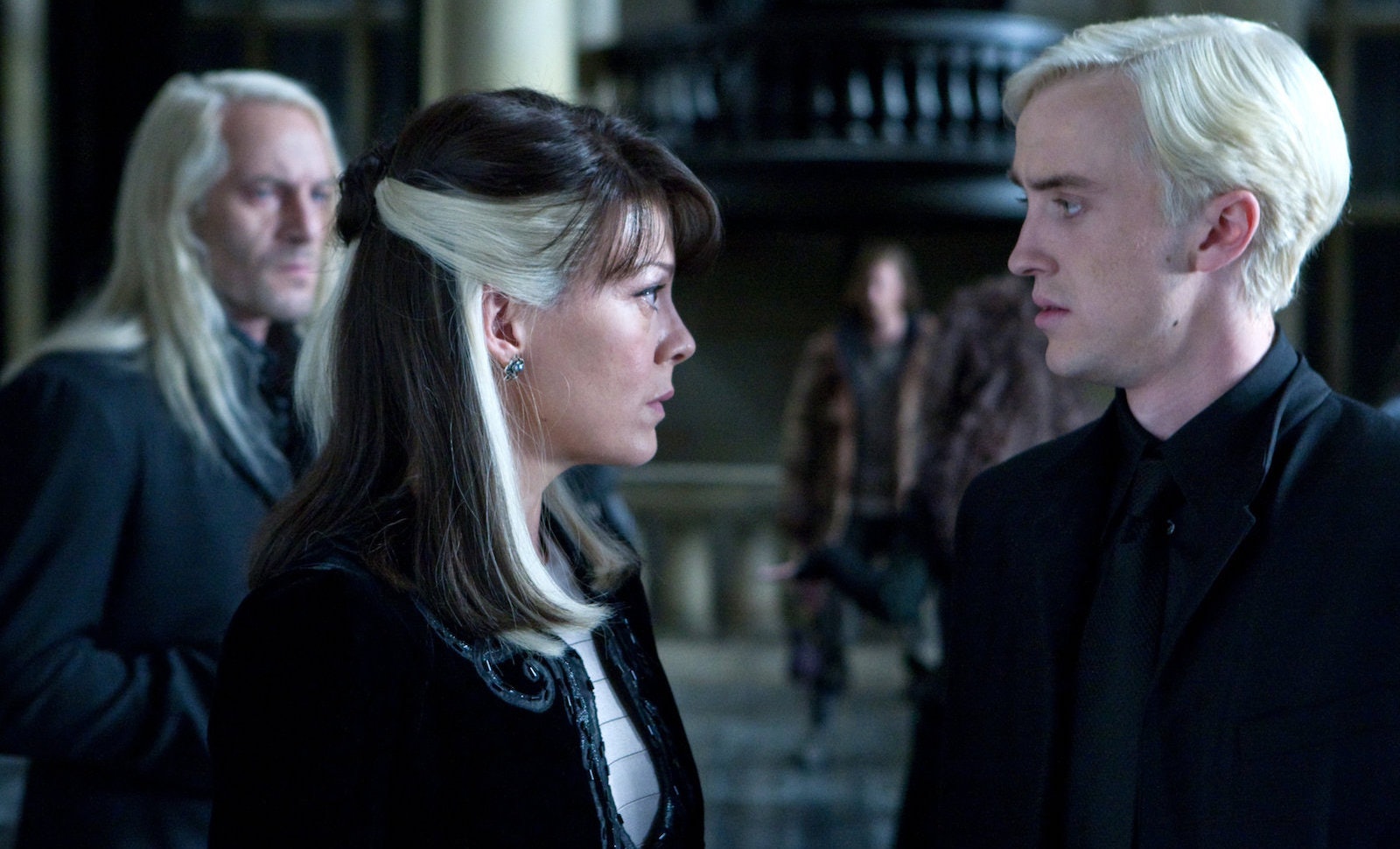 The Malfoys may not have been the most affectionate family in the Harry Potter universe, but there was a lot of love between the actors who portrayed the villainous clan. That love and respect was on full display after Helen McCrory’s recent death. The celebrated actor played Narcissa Malfoy in the magical film series, and Tom Felton’s Instagram after Helen McCrory’s death revealed what a huge impact she had on her co-stars.

On Friday, April 16, McCrory’s husband Damian Lewis announced she had died of cancer in a note on Twitter. "The beautiful and mighty woman that is Helen McCrory has died peacefully at home, surrounded by a wave of love from family and friends," Lewis wrote. "She died as she lived. Fearlessly. God we love her and we know how lucky we are to have had her in our lives."

McCrory was a celebrated stage and film actor, who starred in major releases like The Queen and Peaky Blinders. But due to the immense popularity of Harry Potter, she is probably best known to many fans for her role as the mysterious matriarch Narcissa Malfoy in the final three Harry Potter movies. Some of her most emotional scenes were shared with Felton, who played her son Draco Malfoy in the movies. After learning of McCrory’s death, Felton wrote about how much she impacted his life.

"I never took the chance to tell her, but she helped shape me as a person so much – on & off screen," Felton wrote. "She was always relentlessly herself- razor sharp wit – silver tongued – kind & warm hearted – she suffered no fools yet had time for everyone – thank you for lighting the way forward & holding my hand when I needed it xx."

The third member of the Malfoy family also took the time to reflect on McCrory’s powerful presence on the Harry Potter sets. Jason Isaacs, who played Narcissa’s husband Lucius Malfoy, shared how important and treasure his bond with McCrory was while making the hit movies.

"Decades ago Helen and I auditioned together for a film. I came home and said to Emma, ‘I think I’ve just met the greatest actress I’ve ever seen,’" Isaacs wrote. "After years of watching her mesmerize audiences I don’t think that any more…I know it. Luckily, I eventually found out that she was also scabrously funny, shockingly naughty and with an empathetic heart the size of a planet. As continually starstruck as I was on the Harry Potter films, being screen-married to and giggle with the great Helen McCrory will always be a highlight."

Both tributes make it clear just how beloved McCrory was among her Harry Potter castmates. TBH, it’ll be hard to hate the Malfoys as much next time you rewatch the movies after reading those heartfelt tributes.