Shanna Moakler got shady on Instagram amid Travis Barker and Kourtney’s romance by telling a fan that her mom ‘doesn’t like’ the Kardashians!

Shanna Moakler lobbed a less than subtle diss at the Kardashian family yet again, as her ex-husband Travis Barker‘s romance with Kourtney Kardashian continues to heat up. The former Miss Universe, 46, hasn’t held back since Travis and Kourtney got together in February, making and “liking” comments about her ex’s new relationship. This time, it was a little more blatant. 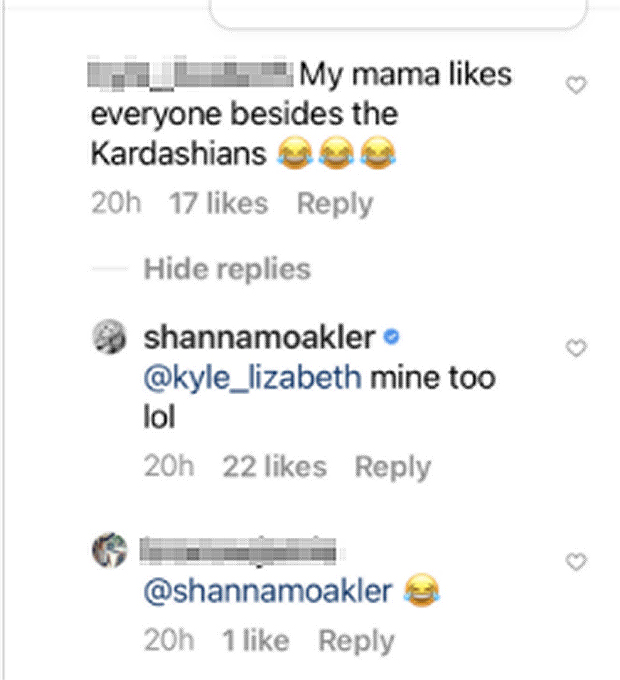 Shanna hopped on Instagram on April 7 to post a gorgeous photo of herself and captioned it, “My mama don’t like you and she likes everyone” — lyrics from Justin Bieber‘s “Love Yourself.” A fan commented, “My mama likes everyone besides the Kardashians,” adding laughing/crying emojis, to which Shanna replied, “mine too lol.” She has since deleted the post.

This is far from the first time that she’s gotten a little shady about Kourtney and Travis’ relationship. Just days after the couple went public with their relationship, Shanna “liked” a comment left on one of her Instagram photos that said Travis “downgraded” with Kourtney. Shanna insisted that she mistakenly hit the like button on that particular comment.

“Sometimes when I’m on social media, I’ll like all the fans’ comments. I just kinda go down and like everything. And I guess I liked a comment that was disparaging. When I saw the headlines, I was like, ‘What is this?’ I had to go back and look at it,” she told Entertainment Tonight in March. 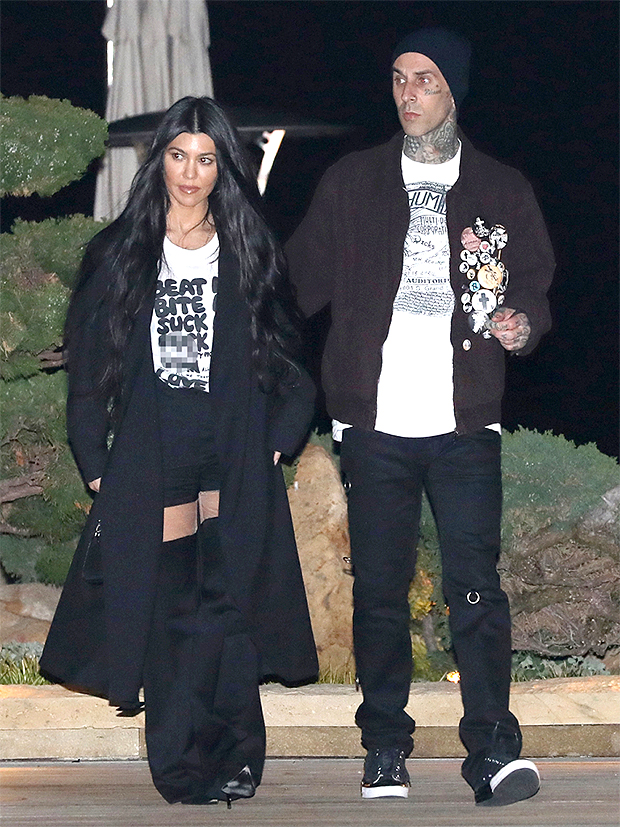 “Travis and I haven’t been together for almost a decade. We co-parent. We’re friends,” Shanna insisted, adding that she just wants the father of her children to be “happy.” And if Kourtney makes him happy, then “that’s awesome.” But Shanna also posted a cryptic quote to her Instagram Story that fans believe to be about Travis.

It read: “Stop complaining about your life. There are people out there dating your ex.” Shanna and Travis married in 2004, only to split in 2006. They entered into an on-again, off-again relationship until finalizing their divorce in 2008. However, they continued to living together to co-parent their children, Landon and Alabama (now 17 and 15, respectively), until 2014. They now live apart.

Shanna was most recently dating actor Matthew Rondeau. She and Kourtney go way back. Kourtney lived in the same neighborhood as Shanna and Travis, and when their children were little, they’d even play with Kourt and Scott Disick’s kids. Shanna also appeared in early episodes of Keeping Up With The Kardashians.