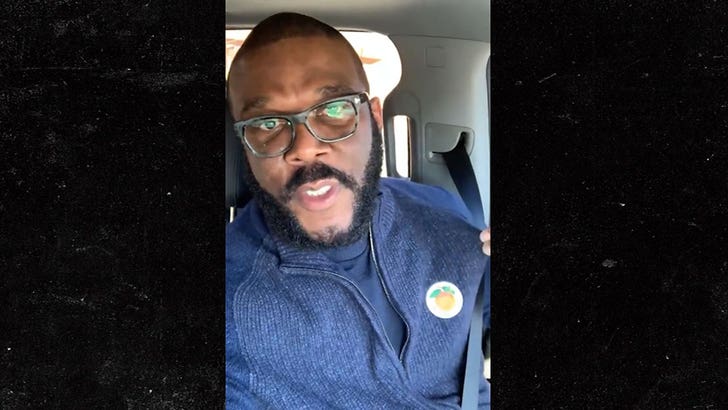 Tyler Perry wanted to vote in the Georgia runoff THIS BAD … he hopped on a jet and flew all the way to Georgia to cast his ballot in person … because his absentee ballot never showed up.

Tyler says he waited and waited for more than a month for his absentee ballot, but for some reason it never came. Tyler was in Jackson Hole, Wyoming, so he hopped on his jet and flew to the Peach State so his voice could be heard, along with more than 3 million others who cast ballots.

Tyler got his prize … the “I voted” sticker which he proudly displayed.

He raised the issue Monday, asking Georgians … “Hey Georgia, Is anyone else having this problem? I ordered my absentee ballot on December 2nd. I’m told it was mailed on the 4th. I still don’t have it!” Stacey Abrams responded to him, and Tyler answered back.

What’s unclear … how many other Georgians didn’t get their ballot. It’s also unclear why this is happening.

The turnout for this run-off promises to be massive, and every vote counts. If both Democrats win, that party will control the Senate. If one of the 2 Republicans win, they will keep control of the chamber.