Vanessa Bryant has shared a snap with her daughters Natalia and Capri on a winter getaway, one year after they lost Kobe and Gianna in a helicopter crash.

Vanessa Bryant, 38, has taken her daughters on a snowy vacation, one year after the loss of Kobe Bryant and her 13-year-old daughter, Gianna “Gigi” Bryant. The proud mama took to Instagram on January 27 to share a photo of herself with her daughters Natalia, 17, and Capri, 1, enjoying the snow. In the selfie, the trio wore protective face masks and donned ski gear as they posed in front of the white backdrop. Baby Capri rocked a bright pink puffy coat with a fur trim while Vanessa and her eldest daughter Natalia opted for neutral hues.

The winter getaway comes one year after the family’s loss of Kobe and Gianna in a tragic helicopter crash that also claimed the lives of seven others. Vanessa opened up about the immeasurable loss in a January 15 Instagram post. “Let me be real — grief is a messed up cluster of emotions,” she began. “One day, you’re in the moment laughing and the next day you don’t feel like being alive. I want to say this for people struggling with grief and heartbreaking loss. Find your reason to live. I know it’s hard. I look at my daughters and I try to push through that feeling for them. Death is guaranteed but living the rest of the day isn’t. Find your reason.” 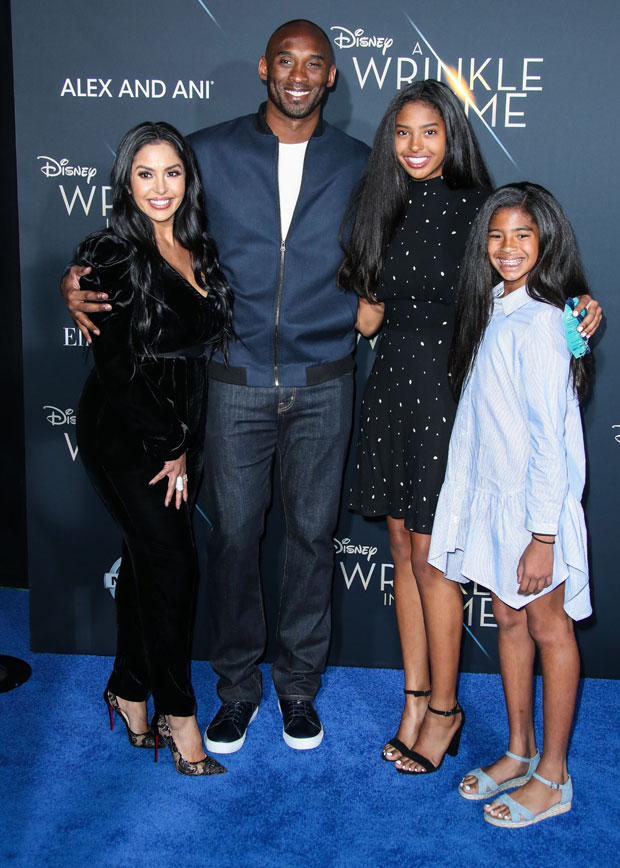 Vanessa also shared a moving letter she received from one of Gianna’s best friends, Aubrey Callaghan. “Today I received this sweet letter from one of Gianna’s best friends, Aubrey. I love you Aubz (as my Gigi would call you),” she began. “Thank you so much for beautifully sharing some of your memories of my Gigi with me and allowing me to share them here on my ig … I will never understand why/how this tragedy could’ve happened to such beautiful, kind and amazing human beings. It still doesn’t seem real. Kob, we did it right. Gigi, you still make mommy proud. I love you!” This year, Kobe would’ve turned 43 in August, and Gigi would’ve celebrated her 15th birthday in May.