Posh Spice approved! Victoria Beckham is David Beckham‘s biggest fan — even when her husband is attempting to be an honorary Spice Girl.

David and Victoria Beckham: A Timeline of Their Relationship

The retired soccer player, 45, appeared in a sketch on The Late Late Show with James Corden on Thursday, August 13, which features him and host James Corden at a cycle studio. The late-night talk show host, 41, takes control of the music selection and puts on the Spice Girls’ 1996 hit song “Wannabe.”

“F–k off, James. Absolutely not,” David said before crooning, “If you wannabe my lover.”

Victoria, 46, shared the clip via Instagram writing, “Loved watching @davidbeckham on the #latelateshow last night! He did always want to be in the band 😂😂😂 @latelateshow @j_corden.”

Loved watching @davidbeckham on the #latelateshow last night! He did always want to be in the band 😂😂😂 @latelateshow @j_corden

Although David tried to play it cool in the sketch, he admitted on The Tonight Show With Jimmy Fallon in February that he was starstruck when he first met Victoria, who skyrocketed to fame in the ’90s as a member of the Spice Girls.

“We all had our favorite Spice Girl and she was obviously my favorite,” he joked at the time. 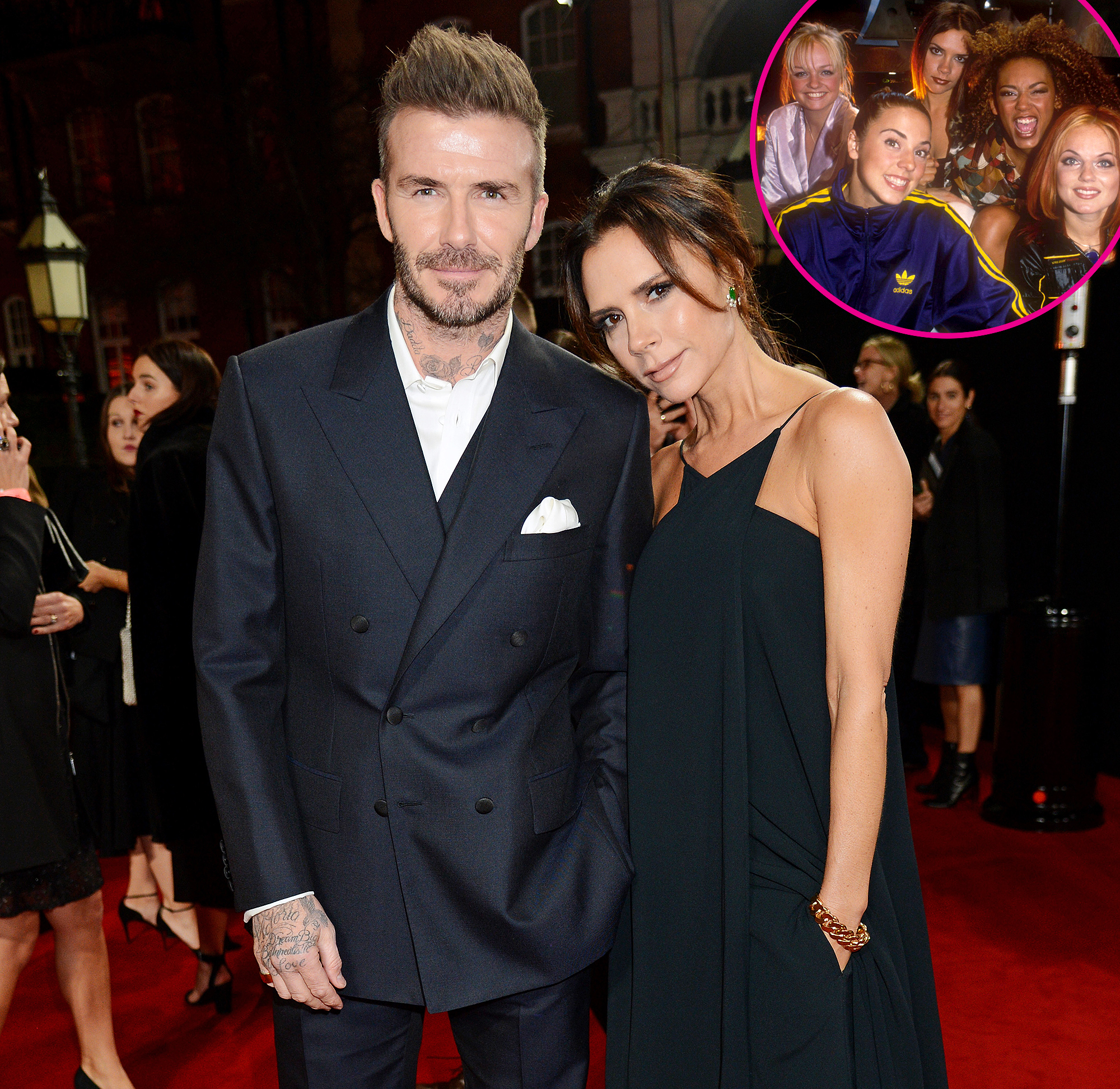 One week later, the athlete had another encounter with Victoria when she came to see one of his Manchester United games. This time, he decided to make a move and ask for her number.

“We talked for about an hour in the players’ lounge, and she actually got the train up that day, so she wrote her number down on a train ticket. Which I still have,” he recalled. “And here we are, 20 years later and four kids later.”

Victoria also reminisced on their love story in February when she shared a sweet throwback video of the former L.A. Galaxy player explaining why he fell for her.

“I couldn’t put my finger on one thing. It was everything, the whole package,” he said in the clip. “I just fell in love with it.”