Home » Celebrities » ‘What a nasty person you are’ Britons fury as Lily Allen posts ‘Oh, Philip has died’

‘What a nasty person you are’ Britons fury as Lily Allen posts ‘Oh, Philip has died’

Lily Allen took to Twitter last night to comment on the death of the Queen’s husband, Prince Philip, who died yesterday at the age of 99. The singer’s post angered many Brits, who were mourning for the royal.

“Oh, Prince Phillip has died,” the 35-year-old wrote online, in view of her 5.3 million followers.

“What a nasty person you are – bet your family are so proud,” one angry Twitter user remarked.

“So much opportunity to spread hope with your words but you choose hate. Shame on you,” another added sharing a similar sentiment. 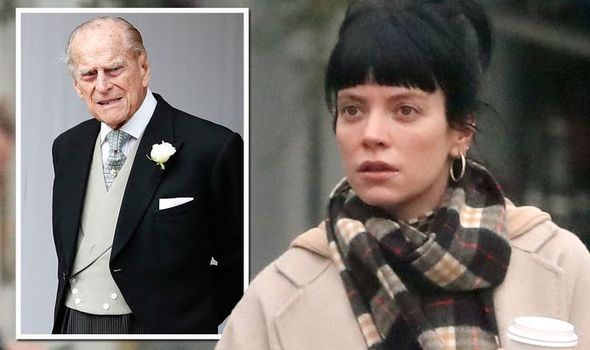 “Maybe have a bit of empathy for his wife of 73 years?!” a third person remarked, referring to the Queen, who will now enter an eight-day period of mourning for her husband.

“Perhaps a kinder response would be fitting considering an actual human has died. Perhaps that’s asking too much. Your comment On a death isn’t kind….in my humble opinion,” another user wrote.

“You’ve gone down in my estimation,” a fifth added.

However, some users saw the post as a comment on the media coverage of Prince Philip’s death. 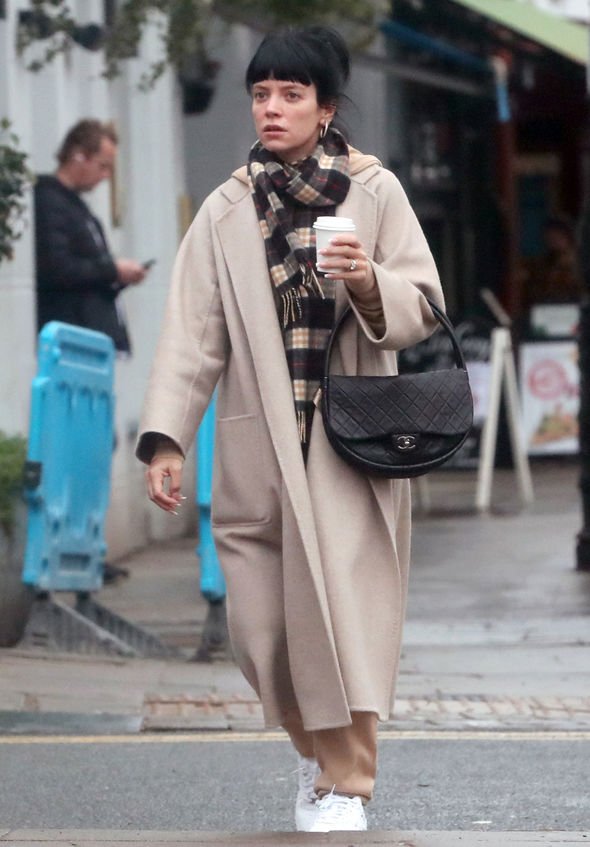 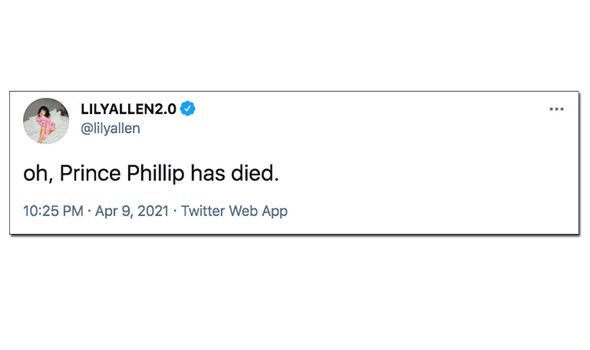 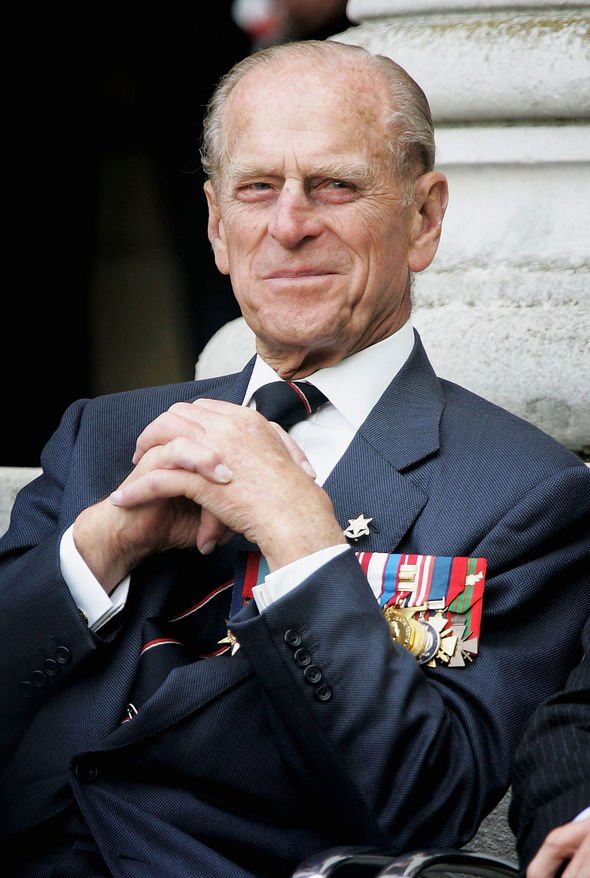 “The comment is clearly a swipe at the over-the-top, mawkish broadcasting that has been so relentless all day. I don’t see anything ‘unfeeling’ about it,” one person penned.

Sharing a similar opinion, another added In a sarcastic manner: “You wouldn’t know it, you would think the media would have mentioned something.”

“Weird, I’ve not heard anything,” a third person chipped in.

A fourth user said: “Gals just out her tweeting facts and getting pure hate for it.”

“It is with deep sorrow that Her Majesty The Queen announces the death of her beloved husband.

“His Royal Highness passed away peacefully this morning at Windsor Castle.”

“The Royal Family join with people around the world in mourning his loss,” it read.

Throughout the day, Britons paid tribute to the Duke on social media and recalled fond memories and encounters with His Royal Highness.

Piers Morgan said he was a “truly great Briton” who dedicated his life to “selfless public duty”.

This Morning presenter Phillip Schofield wrote online: “Farewell to a remarkable man, terrifying to attempt to interview but great fun to be with.”

Meanwhile, Rod Stewart’s wife Penny Lancaster added: “Thoughts are with the Royal family, especially the Queen at the very sad news of the passing of Duke of Edinburgh, her husband of 73 years.”