Home » Celebrities » What Did BTS’ Jungkook Do Before BTS? Here’s Why 7 Labels Fought Over Him

What Did BTS’ Jungkook Do Before BTS? Here’s Why 7 Labels Fought Over Him

BTS has one of the most inspirational success stories ever. Coming from a small label, the group was considered underdogs at the start of their career because they were repped by a then-small agency, but that all changed thanks to ARMYs, who helped catapult BTS to international success. Now, there’s hardly anyone who hasn’t heard of BTS. With their latest single, "Dynamite," going No. 1 on the Billboard Hot 100 chart, the guys are more popular than ever. Of course, the bigger they get, the more people are curious about the members’ lives before finding fame. Fans questioning what BTS’ Jungkook did before BTS will be surprised to hear all about his background.

Jungkook debuted with BTS when he was only 16, so fans feel like they’ve grown up alongside him, especially since they’ve seen some of his biggest milestones go down on BTS’ YouTube Channel. Unlike the other members, who were trainees throughout high school and debuted around 18 years old, Jungkook’s debut at 15 meant fans got to witness Jungkook graduate middle school and high school, and celebrate his teenage birthdays with him and the members.

ARMYs who’ve been in the fandom for years know a lot about Jungkook thanks to the endless clips of him online. However, since there’s so many new fans learning about him these days, it could be helpful to read this guide on Jungkook’s life before BTS. These small details will make fans understand why he was always destined to succeed.

1. Where did BTS’ Jungkook grow up? 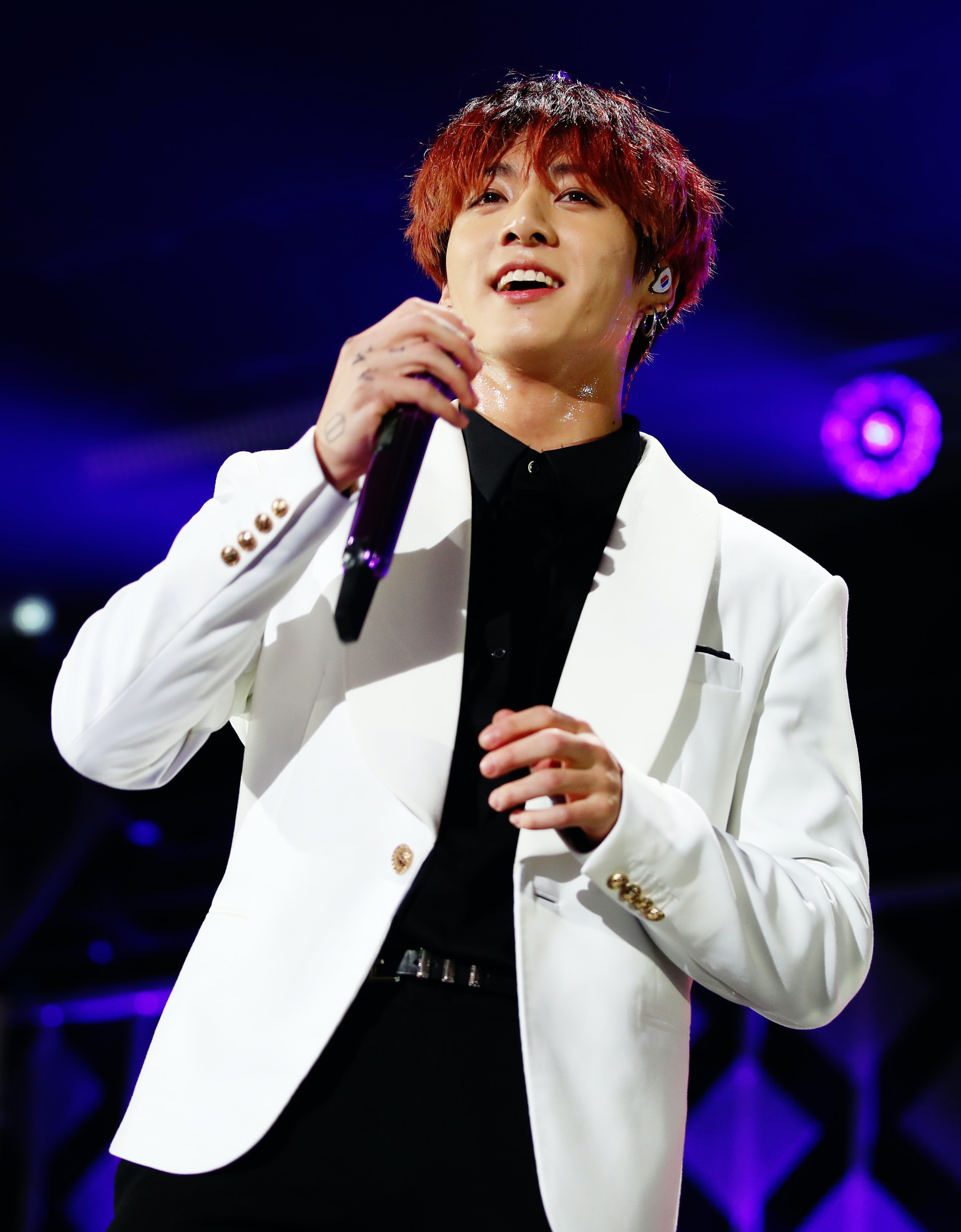 The most basic information fans need to know about Jungkook is he was born Jeon Jung-kook on Sept. 1, 1997, in Busan, which is a city on the south-east coast of South Korea. Jungkook has gone back to his roots and performed in Busan several times, like in June 2019 for BTS’ 5th Muster concert, during which Jungkook called himself "Busan’s pride."

Now, Jungkook, along with the rest of BTS, is based in Seoul, where Big Hit’s headquarters is located.

2. Where did BTS’ Jungkook go to school?

According to Koreaboo, before he became a Big Hit trainee, Jungkook attended Baekyang Elementary and Middle School in Busan, but once he moved to Seoul to train with Big Hit, he transferred to Shingu Middle School in Sinsadong, Gangnam. In March 2014, he began his high school career at the School of Performing Arts Seoul (SOPA). He finally graduated in February 2017, and all the guys attended the ceremony to show their support. Fans can watch behind-the-scenes moments from that special day below.

3. What were BTS’ Jungkook’s hobbies?

There’s a reason Jungkook’s called the "golden maknae" of BTS: He exceeds in everything he does. From singing and drawing to filmmaking, there’s nothing he can’t do. Before he became an idol, Jungkook spent a lot of time learning taekwondo. He reportedly got so good that he earned a black belt. According to the Precision Martial Arts Academy, someone only receives the honor after "years of dedication and commitment" in the sport.

Watch Jungkook learn taekwondo with his classmates below.

His background in the sport has definitely come in handy. In July 2019, fans saw his martial arts skills at work when he filmed a few action scenes for BTS’ mobile game BTS World.

An artist who’s been on Jungkook’s music playlist for what seems like forever has been Justin Bieber. They both have similar vocal styles perfect for R&B, so it’s no wonder the "Yummy" singer has served as one of Jungkook’s musical inspirations. In a November 2017 interview with the Adam Bomb Show, Jungkook even named Bieber his favorite artist of all time, which is a big statement to make.

Hear Jungkook’s comments near the 2:33 mark in the video below.

Jungkook’s also been a huge fan of Tori Kelly and IU for years. Since he enjoys IU’s music so much, he couldn’t help but fanboy over her a few times whenever they were in the same place.

5. Where did BTS’ Jungkook audition besides Big Hit?

According to Soompi, in 2011, Jungkook participated in the reality show Superstar K3 when he was just 14 years old. He didn’t make it far in the competition, but his audition left a big impression on major music labels.

"After appearing on the show, I received love calls from around seven different agencies," Jungkook revealed during BTS’ appearance on Mnet’s variety program New Yang Nam Show in February 2017. In the end, Jungkook chose Big Hit because he was inspired by RM, who was the first member to join the agency.

Watch Jungkook cover 2AM’s "This Song" for Superstar K3 below.

6. Where did BTS’ Jungkook train?

Once he joined Big Hit, Jungkook traveled abroad to the United States in order to train as a dancer. In a 2013 blog post, Jungkook revealed his lessons took place in Los Angeles the year prior and they lasted about a month. When he wasn’t training, he did some sightseeing.

To go along with his post, Jungkook shared the following video of his practice sessions:

That’s pretty much all fans need to know about Jungkook’s life before he debuted alongside his BTS bandmates in 2013. He’s come such a long way, and the best part is, he’ll only continue to get better and better, as the years go by.