What is CWBA? Ice Cube defends working with Donald Trump on rapper's Contract With Black America 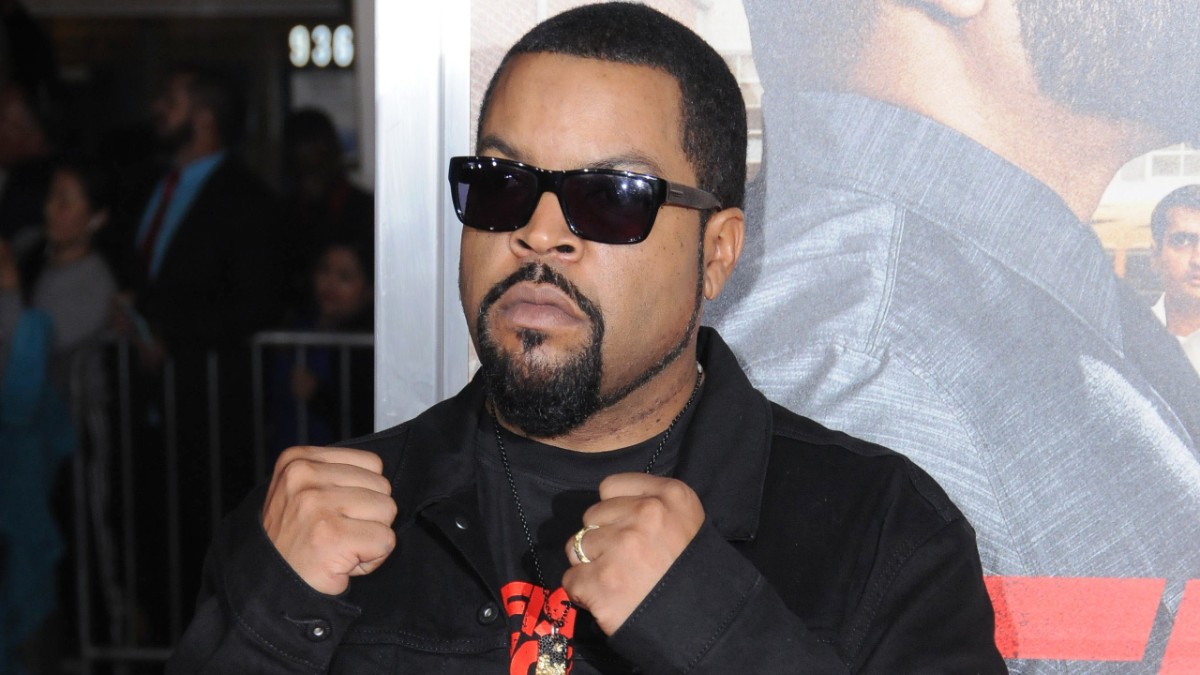 Rapper Ice Cube has taken to Twitter to clarify his role in helping the Trump administration formulate their plan to address issues within the Black community in America.

The NWA rapper was forced to address the situation when a senior Trump advisor took to Twitter to thank him for his “willingness to step up and work with Donald Trump.”

The controversy surrounding Ice Cube’s foray into politics began with his work on the Contract With Black America project  (CWBA). In August, Cube demanded that all politicians sign a contract with Black Americans before expecting his vote.

However, after Trump advisor Katrina Pierson thanked Cube for working with Trump, the rapper found himself in the position of having to defend himself against accusations that he’d picked a political side.

Cube took to Twitter to say that after he had put out his contract with Black Americans, both parties, Democrats, and Republicans had responded. He said the Dems told him they’d discuss it after the election, whereas the Trump campaign had “made some adjustments to their plan after talking to us about the CWBA.”

The Boyz n the Hood actor then addressed concerns from fans that he had gone over to the “Darkside” by arguing that all politicians are on the Darkside and that to make changes for the community, they have to negotiate with whoever is in power. 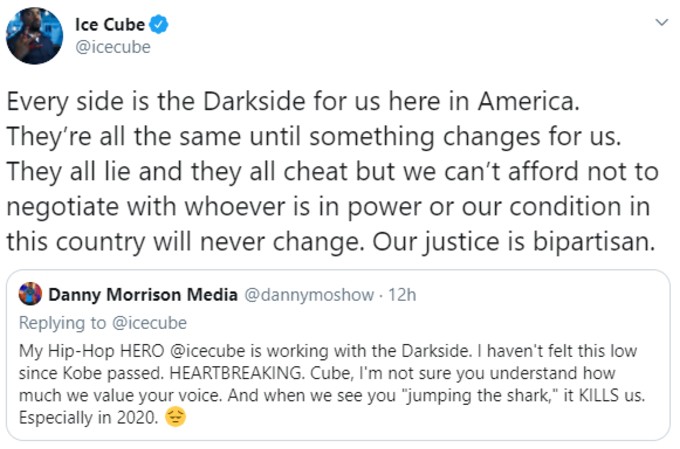 What is the meaning of CWBA?

According to Ice Cube, the Contract With Black America was drawn up “to start the hard conversations” and to help make a more “perfect union.” The contract argues that America’s problems are too large for reforms in certain areas and argues that a wholesale restructuring is needed.

“The problems facing America are too deep and wide to simply reform one area or another,” the contract reads. “Long-lasting solutions demand a comprehensive, thorough ‘rethink’ of America so that each new approach in each area supports the success of the others. This Contract with Black America will provide conceptual approaches in several areas.”

For the most part, the contract demands that Black Americans have equal access to opportunities and representation, along with reform of the banking sector and the judicial system.

In a video posted in August, Ice Cube accused both political parties of not having a plan for Black Americans and then demanded that they put in the work to win Black votes.

Nick Cannon echoed some of Ice Cube’s opinions in June when he penned an essay, which called for a full reform of policing in America. One suggestion entailed renaming police officers as peace officers.

Flavor Flav ran afoul of political debate earlier this year after he was fired buy Public Enemy following a beef with Chuck D over the band’s decision to perform at a Bernie Sanders rally.