What to Watch on Shudder, AMC Network's Horror Streaming Service

Halloween only happens once a year, but if you want to keep the thrills and chills going, there’s an abundance of scary shows and frightening films available on Shudder – AMC Network’s all-horror streaming service.

Launched in 2016, Shudder now features more than 500 films chosen by real human horror experts, and sorted into a precise treasure trove of super-specific sub-categories to find exactly what you’re looking for (while hopefully discovering new favorites along the way).

How Does Shudder Work?

Like most of the popular streaming services, a subscription to Shudder gets you access to thousands of hours of content that you can stream from your TV, laptop, tablet or phone. Once you sign-up to Shudder, you have unlimited access to their library of films and TV shows, and can play, pause and re-watch the content as often as you wish. Unlike some streaming services, Shudder’s content is always ad-free.

You can use the Shudder app to access content on your Apple TV or Google Chromecast. Shudder is also compatible with most Roku TVs and devices.

How Much Does Shudder Cost?

A subscription to Shudder costs $5.99/month, or you can subscribe to an annual plan for $56.99 (which saves you about $15). There are no annoying contracts to sign and you can cancel anytime.

The Best Men's Wallets For Upgrading Your Everyday Carry

The Best Indoor Grills to Take the Cookout Inside

Bruce Springsteen on Making 'Born to Run': 'We Went to Extremes'

What Can You Watch on Shudder?

With Halloween approaching, sometimes a good intense gore-fest is the best thing to give you a genuine scare as the days get darker, and Shudder has a nearly endless supply of those. There are the giants of the genre, like George Romero’s Night of the Living Dead, Texas Chainsaw Massacre, Hellraiser, and of course, Halloween. True fans will have a blast digging deep and finding films they had only heard about, or didn’t even know existed. Plus there’s enough indie movies to start your own version of RiffTrax or MST3K with a few friends.

“We have the best curated collection of horror on any streaming service,” says Shudder General Manager, Craig Engler, who says the site has both genre classics and hidden gems, along with new exclusive movies and series you can’t see anywhere else.

The original movies and series offer the best new additions, like Host, an excellent quarantine horror flick filmed entirely on Zoom, as well as The Last Drive-In with Joe-Bob Briggs, a weekly double-feature hosted by the critic/comedian and horror expert that airs live every Friday night. The Creepshow Animated Special, meantime, features adaptations of stories by Stephen King and Joe Hill, with episodes starring Kiefer Sutherland and Joey King. 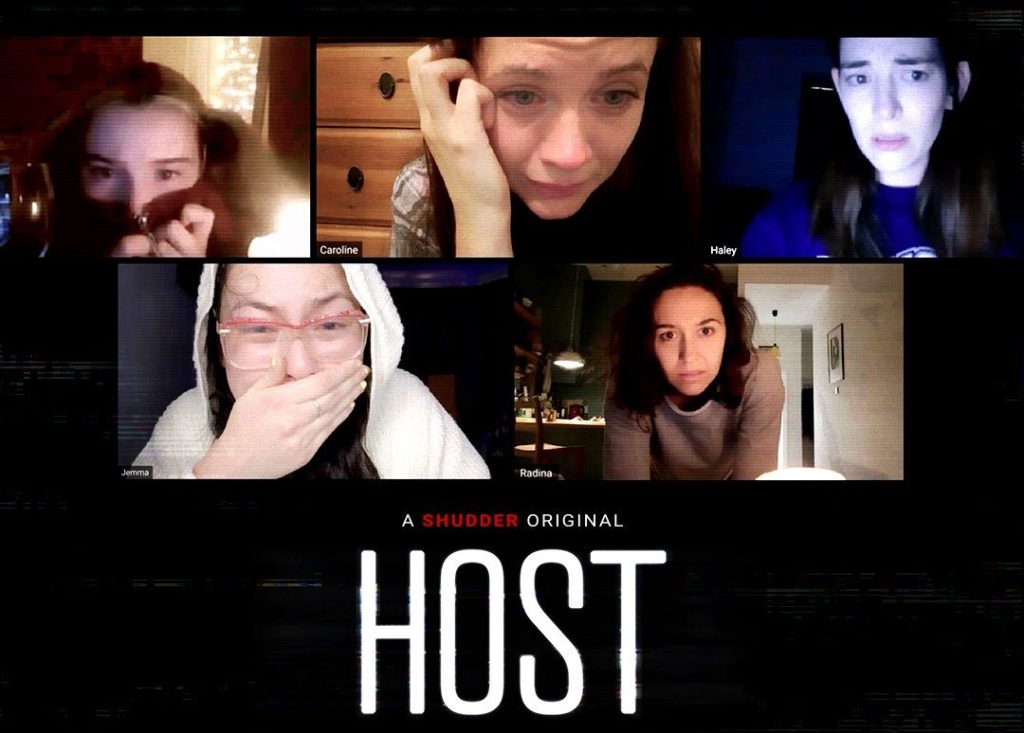 Get a 7-day free trial to Shudder here

If movies are you thing, Shudder has everything from slasher flicks to more avant-garde fare. The cleverly-named collections on the Shudder homepage offer a great first step for new fans to catch up on decades of legendary films that shaped the genre (I.e. the “Slashics”), or find movies that throw in a mix of humor (“Comedy of Terrors”). And of course, you could always flip over to the “Gross Anatomy” section for go-to gory body-horror stories.

In addition to Hollywood blockbusters and low budget flicks, the site also features playlists of foreign films that even a horror aficionado may have missed, deep-diving into diversity too with collections like “Hispanic Heritage,” “A Woman’s Touch,” “Queer Horror,” and “Horror Noire,” which highlights Black contribution to the genre.

Are There Non-Horror Movies on Shudder?

For the non-horror fans who stay away from anything scary, don’t write off this service just yet – horror has evolved exponentially from the overly-gory slashers and easy jump-scare blockbusters of the past. Directors of horror movies have expanded upon the old formulas of films from decades ago, playing with postmodern plot points, while twisting and taking tropes to places you’ll never expect.

Psychological films of recent years like Get Out and Hereditary break the bonds of the old ways, sending characters and storylines into new territory that can be more emotionally and psychologically terrifying than just startling and gross. Plenty of newer ones even cross over from horror into comedy – it’s not an easy mix to pull off, but with Shudder films like One Cut of the Dead, and Scare Me (from, and starring CollegeHumor writer, Josh Rosen), you may find yourself laughing one minute and screaming the next. And if you can’t decide on what to watch, there’s always the Ghoul Log – the spooky version of the famous Yule Log video but with a Jack-O-Lantern instead.

As for what scares the Shudder horror-master himself: “Satan’s Slaves, Still/Born, Hell House LLC and Haunt are some legit scary films we have,” says Engler. “Host has definitely earned its reputation as the scariest movie of 2020. Even the first rough cut scared me, and I was watching it in the middle of the day.”

Is Shudder Worth It?

If you’re a horror or mystery fan, or a big movie buff, you’ll want to sign up for Shudder, which offers up hours of programming that you won’t be able to find anywhere else online. Shudder also offers the type of niche content you’ll love discussing at your next dinner party, or to impress colleagues over drinks after work. Shudder is also a great go-to for scary movie nights, when you want to surprise guests with something truly spooky — and unique.

Try out Shudder right now with this 7-day free trial offer, and find out more at Shudder.com.