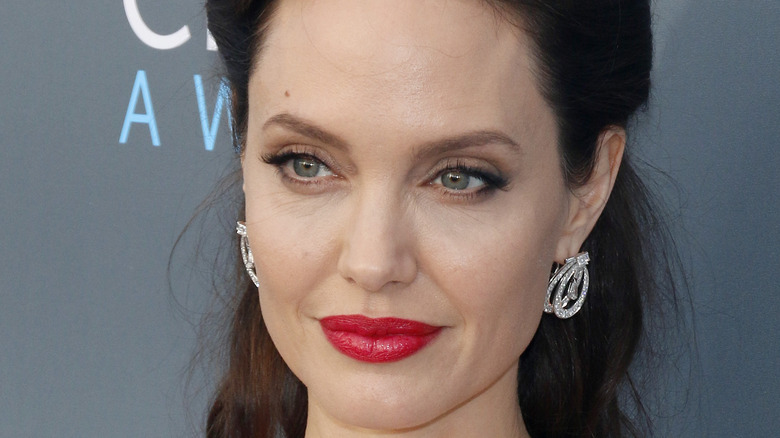 The sun has made an appearance in NYC and so has Angelina Jolie, as Page Six reported. The humanitarian finds herself amidst divorce and custody proceedings with her “Mr. and Mrs. Smith” costar Brad Pitt. The “Maleficent” star spoke openly with British Vogue about how trying the past few years have been as she reflected, “I’m feeling that I’ve come through a few things. I’m trying to be hopeful.”

Jolie’s days are filled with the same things most other people’s are, including kids in virtual school and Zoom meetings. The Oscar-winning actress has been making the rounds, mostly virtually, to talk to press about her role as a firefighter in the movie “Those Who Wish Me Dead” (via Screen Rant). The beloved “Salt” actress, who has been working with the UN for almost 20 years, spoke more of deep subjects to “Vogue,” however, than she did of movies and fashion. Her rare outing in New York revealed a new tattoo with a meaning just as deep. 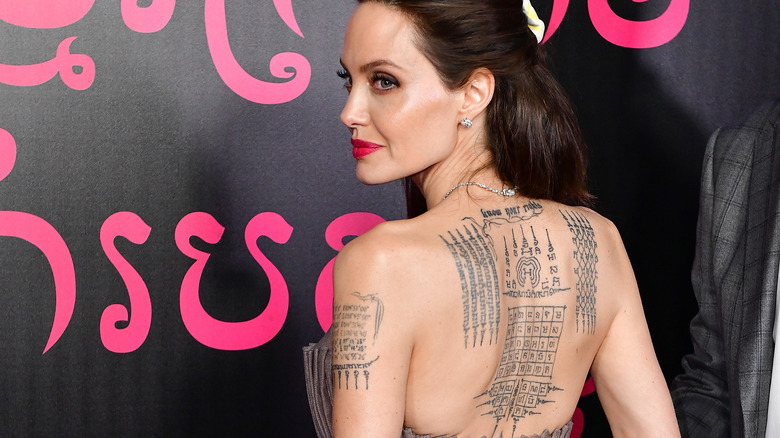 While no stranger to ink, Angelina Jolie has a spiritual view on adorning one’s body, revealing, “I don’t think it’s abnormal that someone who spends their life in other skins wants to claim their own by marking things on it that matter to them” (via Marie Claire). It appears she means to take full advantage of that. While it is unclear exactly how many tattoos the “Wanted” star has, Wild Tattoo Art claims to have identified 25 — and it is clear she isn’t quite done yet.

This latest tattoo appears on her right forearm, according to Page Six, and reads “Eppur si muove.” The phrase is an Italian one that Miriam-Webster defines as “and yet it does move.” The phrase is often attributed to Galileo, who legend has it uttered it defiantly following his trial for heresy, where he was forced to recant his assertion that the earth and other planets were revolving around the sun. Though Scientific American cast doubt as to whether or not the famed astronomer said those exact words, they do represent his sentiment on the subject. That sentiment would be something like “the truth is the truth whether you believe it or not.” It is unclear if that is what Jolie meant, and if so, exactly what truth she could be referring to.