Home » Celebrities » When Does ‘The Haunting Of Bly Manor’ Take Place? It’s A Period Piece

When Does ‘The Haunting Of Bly Manor’ Take Place? It’s A Period Piece

For gothic horror stories like The Haunting of Bly Manor, it can be easy to get lost in the timeline. Although the new season doesn’t jump through time quite as much as its predecessor, The Haunting of Hill House, did, the quaint country manor and old-timey dolls may have some viewers thinking the story is set much further in the past than it really is. Don’t worry if you find yourself wondering when The Haunting of Bly Manor takes place — here’s everything you need to know about the show’s sometimes confusing timeline.

Upon starting the second season of the Haunting anthology series, viewers might be a bit thrown off by the time-jumping story structure. Bly Manor actually kicks off in 2007 at a wedding rehearsal dinner in the United States, where a mysterious woman begins telling a ghost story about two orphaned children and their new nanny. The woman’s story kicks off in London, England, in 1987, when American expat Dani Clayton is hired by stuffy lawyer Henry Wingrave as an au pair for his niece and nephew at a manor in the small country town of Bly. Dani’s time at Bly Manor in 1987 comprises the bulk of the series, but viewers do also get glimpses at some other time periods. 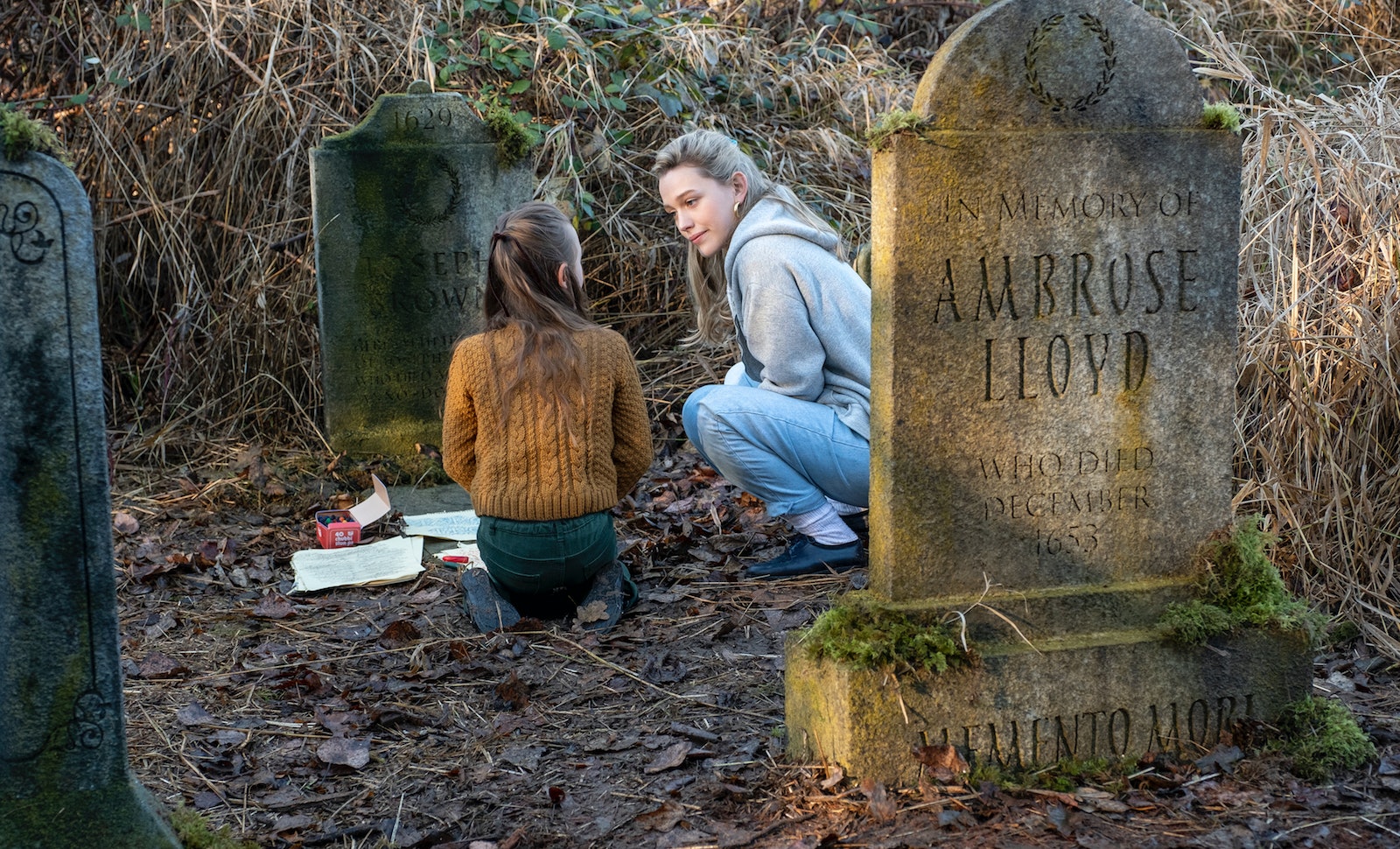 Most notably, the series periodically flashes back to 1985, when Rebecca Jessel served as Miles and Flora’s au pair before her mysterious death. These flashbacks also heavily focus on Peter Quint, Henry’s charming assistant who quickly develops a relationship with Rebecca. Over the course of the season, viewers eventually uncover the truth about Rebecca and Peter’s disappearances through these flashbacks.

Toward the end of the season, Bly Manor delivers its biggest time jump of all. Spoiler alert: The rest of this post contains spoilers from Episode 8 of The Haunting of Bly Manor. The penultimate episode jumps back centuries to the manor’s owners in the mid-1600s, revealing how the place first became haunted. Shot in black-and-white, the episode tells the story of sisters Viola and Perdita, who inherit Bly Manor after their father’s death and seek to keep the property in their family by marrying a cousin. The episode is an adaptation of Henry James’ 1868 short story The Romance of Certain Old Clothes, and its conclusion explains the mystery at the core of The Haunting of Bly Manor.

So, while the bulk of Bly Manor takes place in 1987, it seems clear that jumping to different time periods is a hallmark of the Haunting anthology series, which fans can expect to continue in potential future seasons.

The Haunting of Bly Manor is on Netflix now.