It all started with a simple, innocent enough question. Someone created a Twitter prompt this week asking:

“What’s the most awkward date y’all ever been on?”

Most answers were along the lines of what you’d expect: misunderstandings, rude behavior, just plain weirdness.

But then Patricia Arquette answered. The story the Boyhood star shared on Tuesday was brief but absolutely CHILLING. She wrote:

“Second date. Pro skateboarder. Really cute. Friends with my friends. We made out but something about how he kissed me freaked me out. I gave him a fake number. Years later he killed his girlfriend.“

Whoa, whoa, WHAT?! That was a twist we did not see coming!

The very, very bad date in question was Mark Rogowski, known in the skateboarding world as Gator. If you’re not familiar with this case, strap in…

Gator was an extremely popular and famous skater in the late ’80s, right around the time Patricia was also starting to star in movies. Instead of continuing to date the future Oscar winner, in 1987 Gator met a model named Brandi McClain. The two were inseparable, appearing together in tons of ads and even Tom Petty‘s iconic Free Fallin’ music video.

Eventually Gator’s popularity fell off, and he simultaneously got into drugs and alcohol, as well as a sect of Evangelical Christianity. His newfound dedication to celibacy drove away Brandi, and after the two split he got intensely jealous. He stalked her, threatened her and her new boyfriend, and even broke into her home.

However, he never hurt her. Instead he ran into her good friend, Jessica Bergsten. The first time the two hung out, on March 21, 1991, Gator struck her multiple times on the head with what is sometimes reported as a tire iron but was actually The Club (TM) — a device people used to lock their cars in the early ’90s. The former skate pro then dragged her into his bedroom and raped her for hours. Finally he suffocated her, put her in a surfboard bag, and buried her in a shallow grave in the desert.

We know all this because Gator confessed. Feeling guilty, he went to the police and waived his rights, telling detectives everything. He claimed he used Bergsten as an outlet for his rage at his ex. Oof.

Bringing this back to Patricia, who almost dated him in Brandi’s place…

His friends explain in a documentary about him, Stoked: The Rise And Fall Of Gator, that ALL his girlfriends were cute, petite blondes. Meaning Patricia was just his type! 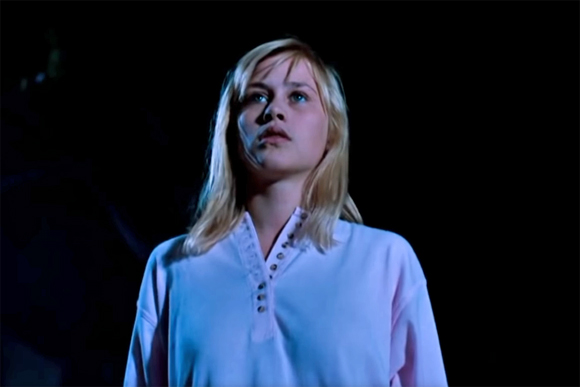 So scary to think about what could have been! Good thing the Medium star had such good instincts about that guy!

BTW, Gator was sentenced to 31 years in prison for the murder. In 2019 he was actually granted parole, but just last year that decision was reversed by Governor Gavin Newsom. But the conviction was in March of 1992, meaning he’ll be out pretty soon anyway.

Stay safe out there, Perezcious singles!