Gillian Anderson, 52, gave X-Files fans the best Sunday surprise when she posted two new photos of herself hanging out with David Duchovny, 60. The actress and her former co-star were all smiles in the selfies and were joined by her adorable new dog Stella. “Stella made a new friend today,” Gillian cheekily captioned the photo.

Once the epic photos were shared, it didn’t take long for followers to respond with a lot of enthusiasm. “THANK YOU NOW I’M CRYING,” one follower wrote while another wrote, “Getting the band back together ❤️.” A third said, “I miss you too together ❤️❤️❤️🥰” and a fourth called the photo “everything.” Others admitted they were watching The X-Files at the same time they noticed the post and were excited as could be.

Gillian’s photo with David comes two years after the duo ended the revival of their popular series. It ran from 2016-2018 after the original was highly successful when it premiered in 1993. It was on the air until 2002 and also led to two feature films in 1998 and 2008. Gillian’s portrayal of FBI special agent Dana Scully and David’s portrayal of fellow agent Fox Mulder proved to be two of the most loved television characters of all time. 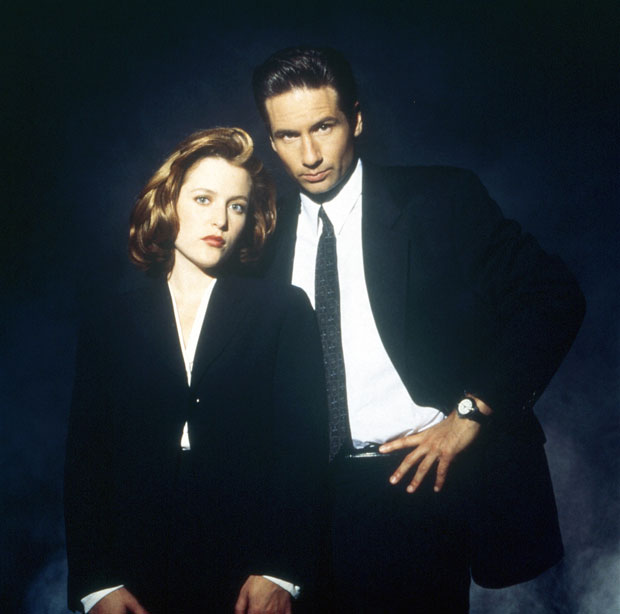 In Aug., Fox announced that there was an animated version of The X-Files: Albuquerque in the works. David also recently spoke about the beloved original series during an interview the podcast Literally! With Rob Lowe. He admitted he actually almost turned down his most memorable role because he had doubts about how long it could last.

“X-Files, this is about extraterrestrials. How long can it go? It’s a good pilot but you’re either going to see the aliens or [not],” he said on the air. “I wasn’t interested in conspiracy theories, and I was perfectly willing to just say, ‘I’m going to have to pass on that pilot, because I said I’d do this other project.’ It’s scary to think back on, if you didn’t open this door, or you took that left instead of that right. It’s like, none of it had to happen. You talk about actors being dumb… well, that was me.”