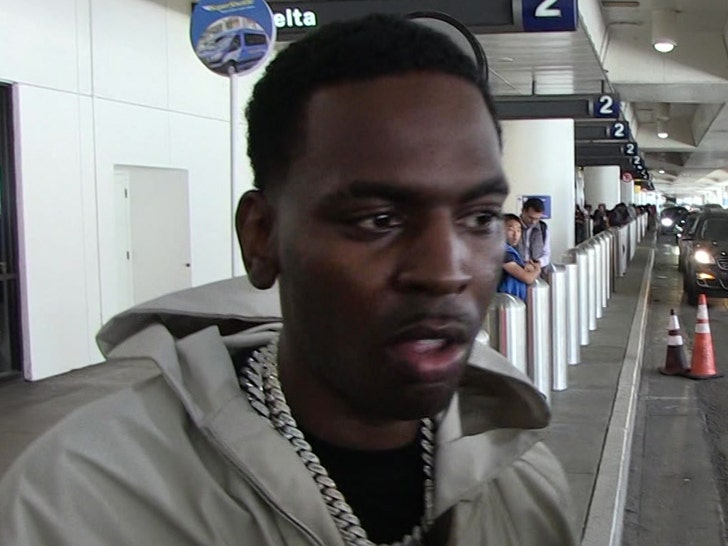 The man suspected of gunning down Young Dolph says he’s waving the white flag to the authorities over the charges against him — charges of which he says he’s innocent.

23-year-old Justin Johnson took to his social media page Saturday to both profess his innocence, and to also announce he’d be turning himself into the cops. The strange part … he says he won’t be doing so until Monday. 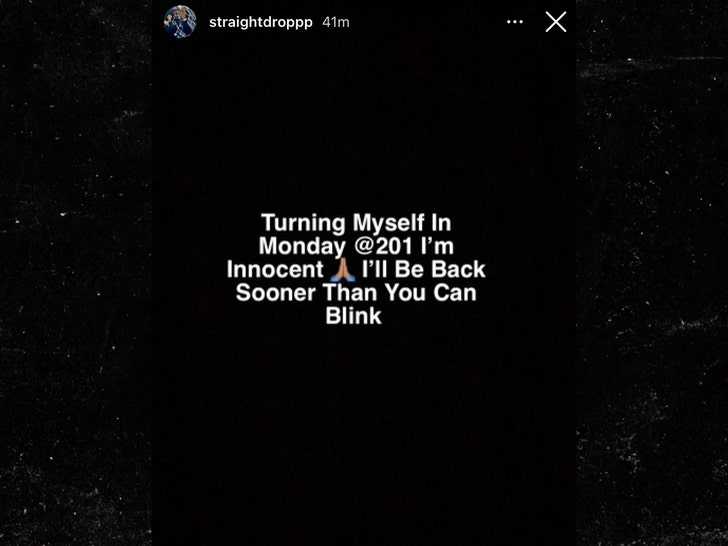 Using his rap IG account, going by the stage name Straight Drop, Johnson writes … “Turning Myself In Monday @201 I’m Innocent I’ll Be Back Sooner Than You Can Blink.” Shortly before this message, he posted a video of a local news package that covered his criminal history … which included an interview with a criminal court judge from Shelby County, TN.

The judge recounts how Johnson had previously carried himself in a separate case, making it seem like he was compliant and, later, a well-behaved prisoner after accepting his fate … only to be released on probation early. Johnson seems to think the judge’s words here are actually vouching for his character, because he wrote … “Next time post the REAL… BS ass Blogs.”

Of course, Johnson’s timeline of taking the weekend to himself definitely isn’t gonna fly with the feds … who are actively pursuing him in a manhunt right now, and probably don’t want to wait until Monday to have the guy in their custody.

It’s unclear where Johnson is at the moment, but he obviously has access to his Instagram page, and presumably his phone too. By the same token, he’s also eluded the cops thus far — so perhaps he really is on his own schedule at this point.

As we reported … Johnson was announced as the prime suspect in Dolph’s killing, and he’s currently wanted on a slew of charges — including first-degree murder.

He also appears to have shot a music video once upon a time at the same home where the authorities retrieved what they believed to be the getaway vehicle used the day Dolph was shot and killed.

We’ve reached out to the U.S. Marshals Service and the Tennessee Bureau of Investigation … so far, no word back.