15 New TV Shows, Movies and Documentaries to Watch in July 2021

Netflix, Hulu, Amazon Prime Video and others are introducing a wide range of new content this month.

Although many new films are finally hitting movie theaters this summer, many streaming services are continuing to release new TV shows, movies and documentaries.

This month sees the release of some highly anticipated projects, such as HBO Max’s “Gossip Girl” reboot, which takes inspiration from the original hit CW series from the late aughts, and the film “Space Jam: A New Legacy,” which is a sequel to the hit 1996 film starring basketball star Michael Jordan.

Here, WWD looks at 15 new TV shows, movies and documentaries debuting on streaming services in July 2021. Read on for more.

“Summer of Soul”
Stream on Hulu on July 2 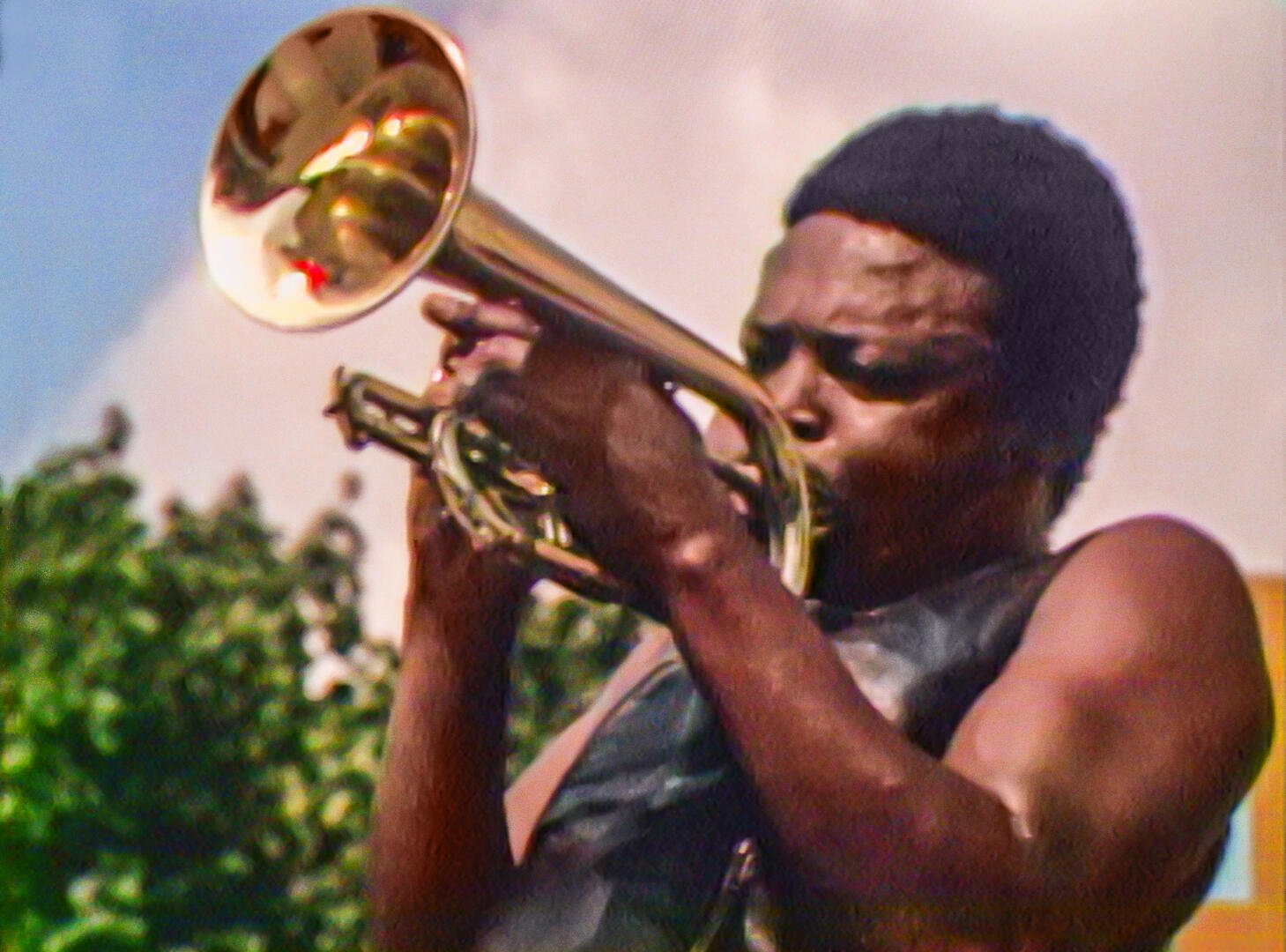 “Summer of Soul” Courtesy of Hulu

“Summer of Soul” is musician Questlove’s directorial debut. The documentary explores the Harlem Cultural Festival in 1969 and its impact on Black history, culture and fashion. The film will also hit theaters on the same day. 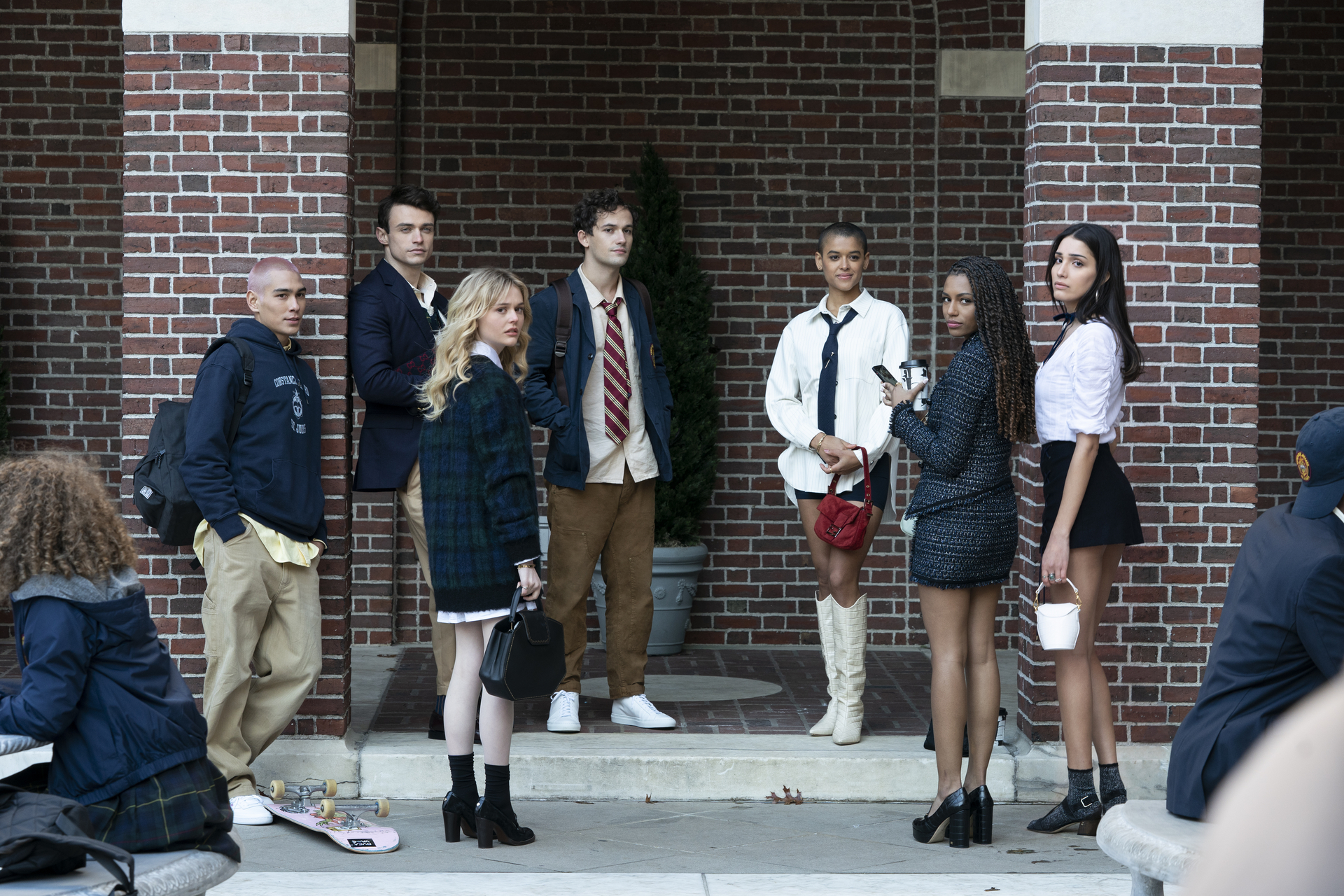 The long-awaited “Gossip Girl” reboot is making its debut this month, following a new crop of teenagers who are dealing with the reemergence of the anonymous Gossip Girl blog at a time when social media plays an even larger role in their lives. While the original show’s cast is not confirmed to return, the original narrator, Kristen Bell, will be back to narrate.

“Catch and Kill: The Podcast Tapes”
Stream on HBO Max on July 12 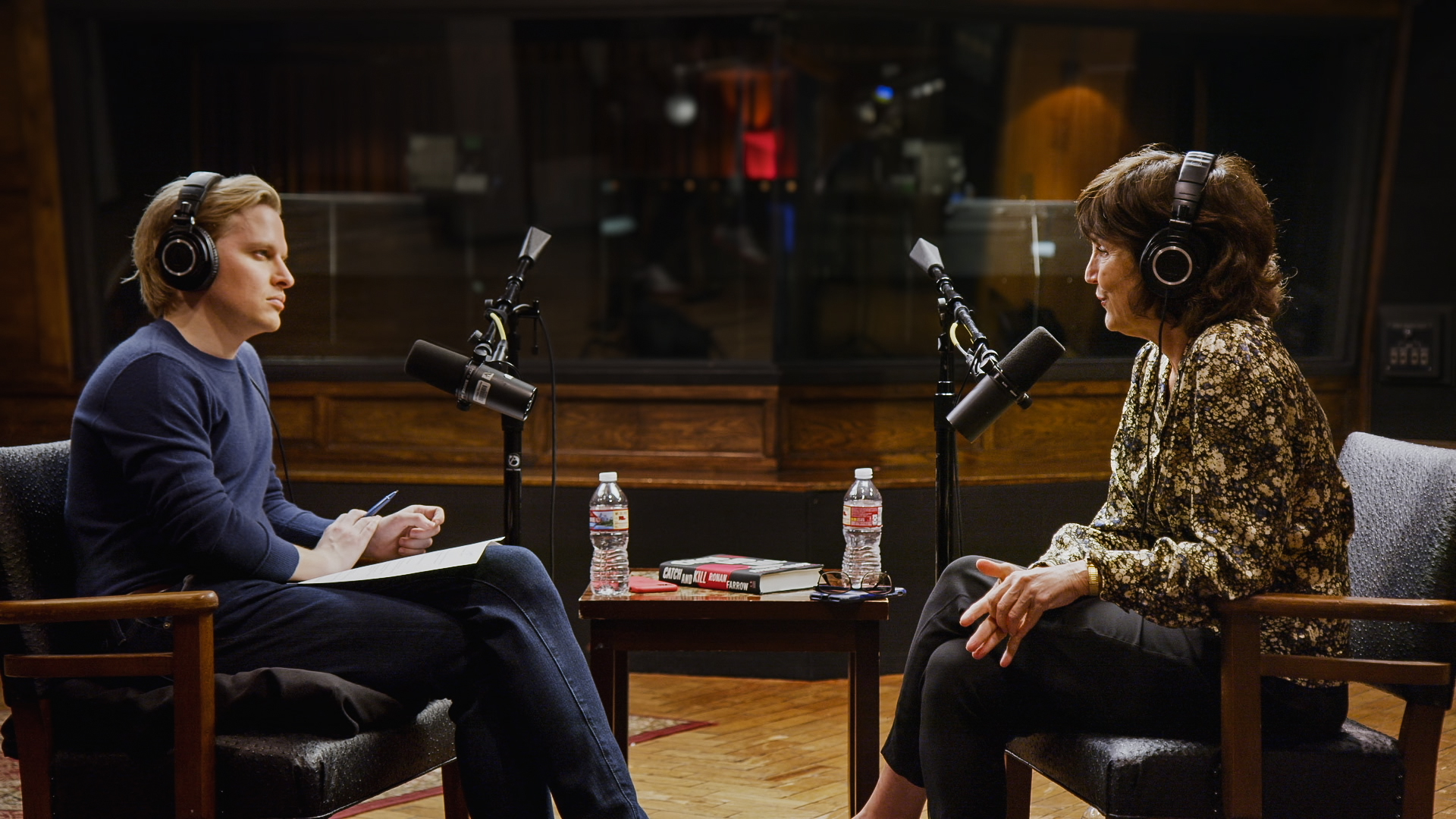 “Catch and Kill: The Podcast Tapes” Courtesy of HBO Max

The six-part docuseries gives an in-depth look at journalist Ronan Farrow’s investigation and reporting behind his groundbreaking story on disgraced former film producer Harvey Weinstein and his decades of rape and sexual assault allegations.

“Never Have I Ever”
Stream on Netflix on July 15 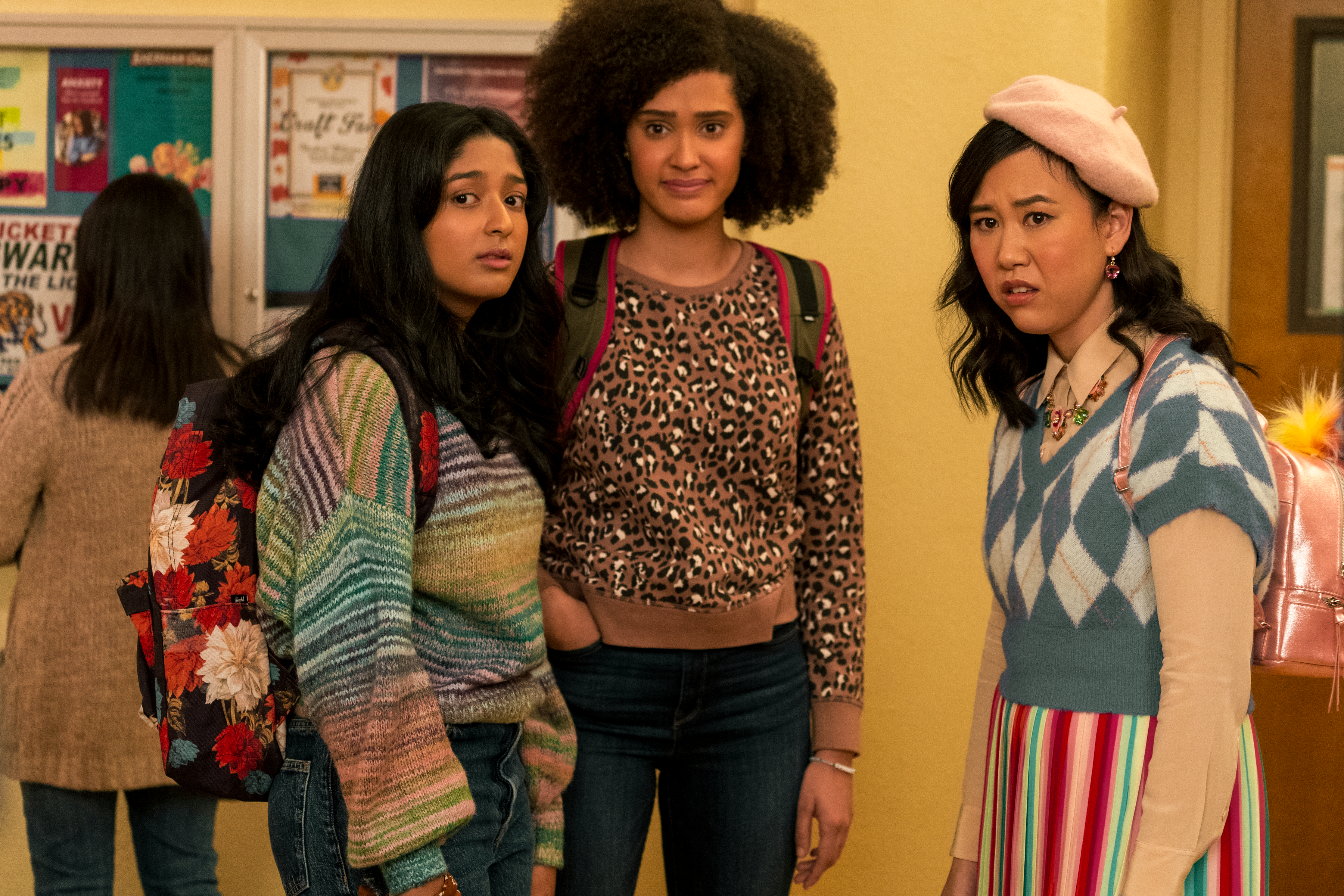 “Never Have I Ever” ISABELLA B. VOSMIKOVA/NETFLIX

Season two of the coming-of-age comedy, “Never Have I Ever” follows American-Indian teenager Devi and her newfound love triangle. The season focuses on how she navigates her new relationships while dealing with drama at home and at school. 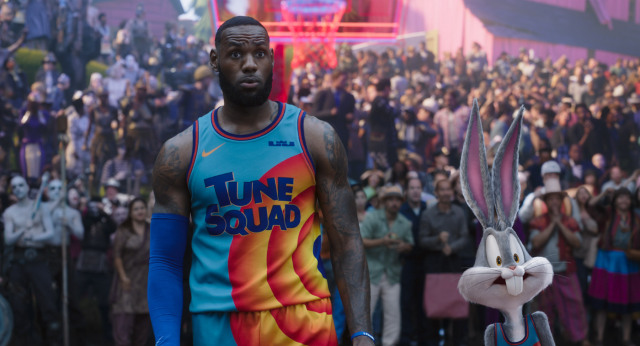 “Space Jam: A New Legacy” is the sequel to the hit 1996 film starring Michael Jordan. The sequel stars basketball star LeBron James as he gets stuck in a digital space with his son Dom. They team up with Bugs Bunny and other Looney Tunes characters to navigate the space and get home safely.

“Making the Cut”
Stream on Amazon Prime Video on July 16 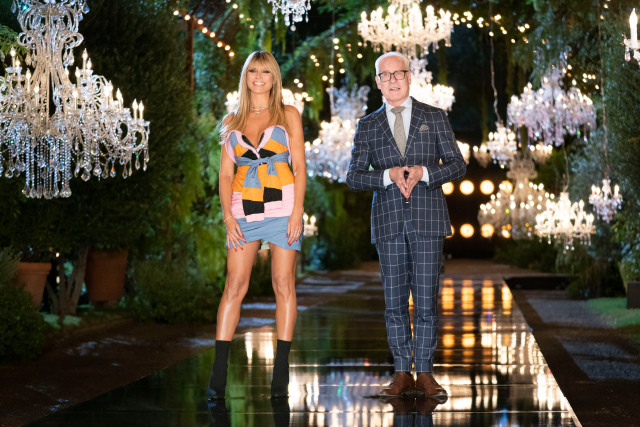 Heidi Klum and Tim Gunn are joined by fashion designer Jeremy Scott and model Winnie Harlow for the second season of their fashion competition show, “Making the Cut.” The show has cast 10 designers from across the world who will be competing for a $1 million prize, as well as the opportunity to sell their designs through Amazon’s fashion platform. 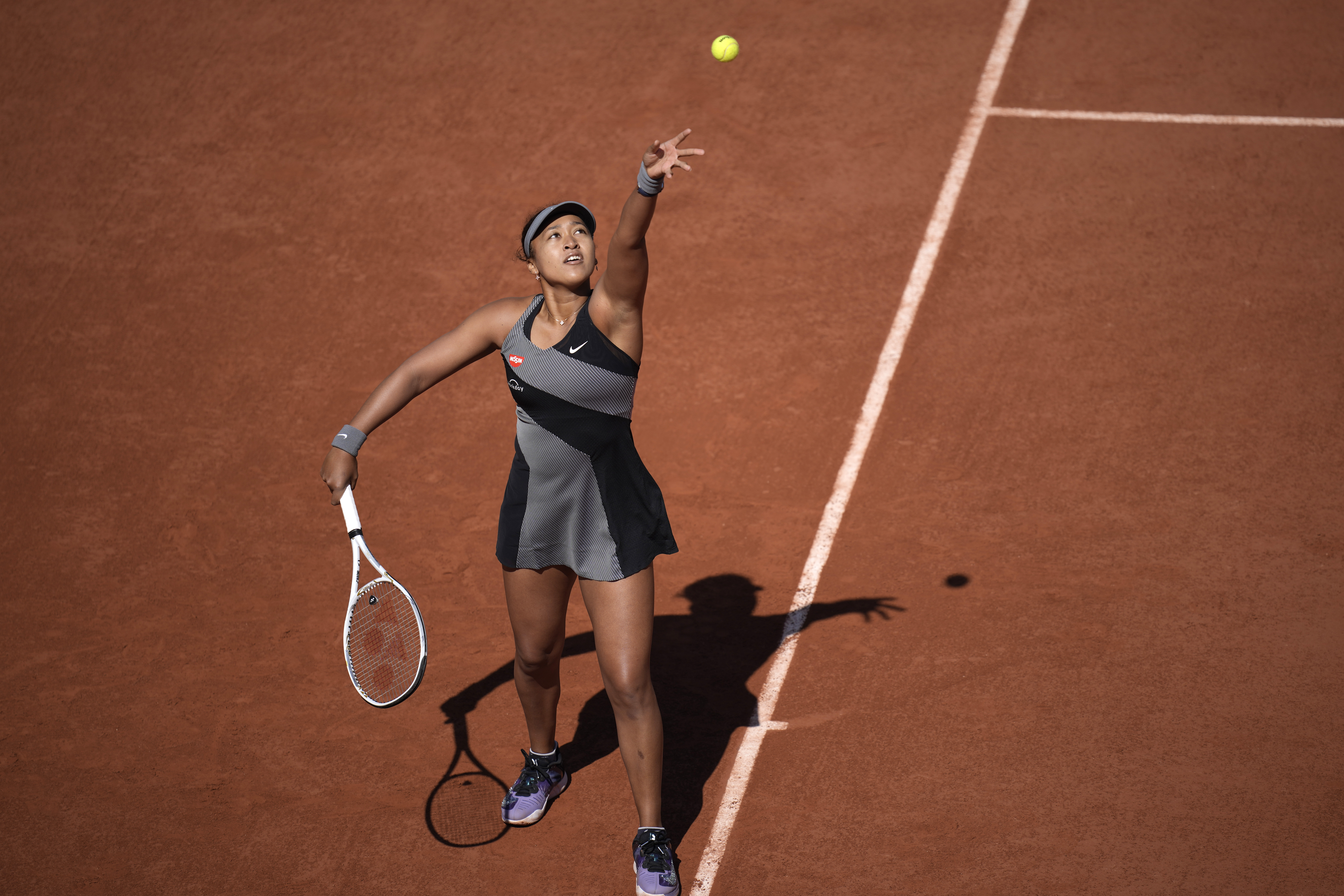 Naomi Osaka serves the ball to Romania’s Patricia Maria Tig during their first round match at the Roland Garros stadium Sunday, May 30, 2021, in Paris. AP

The three-part docuseries will give an inside look at tennis champion Naomi Osaka’s life and career over a two-year period. The series will show how Osaka navigates the pressures of her tennis schedule, her activism and how she spends her life off-court. 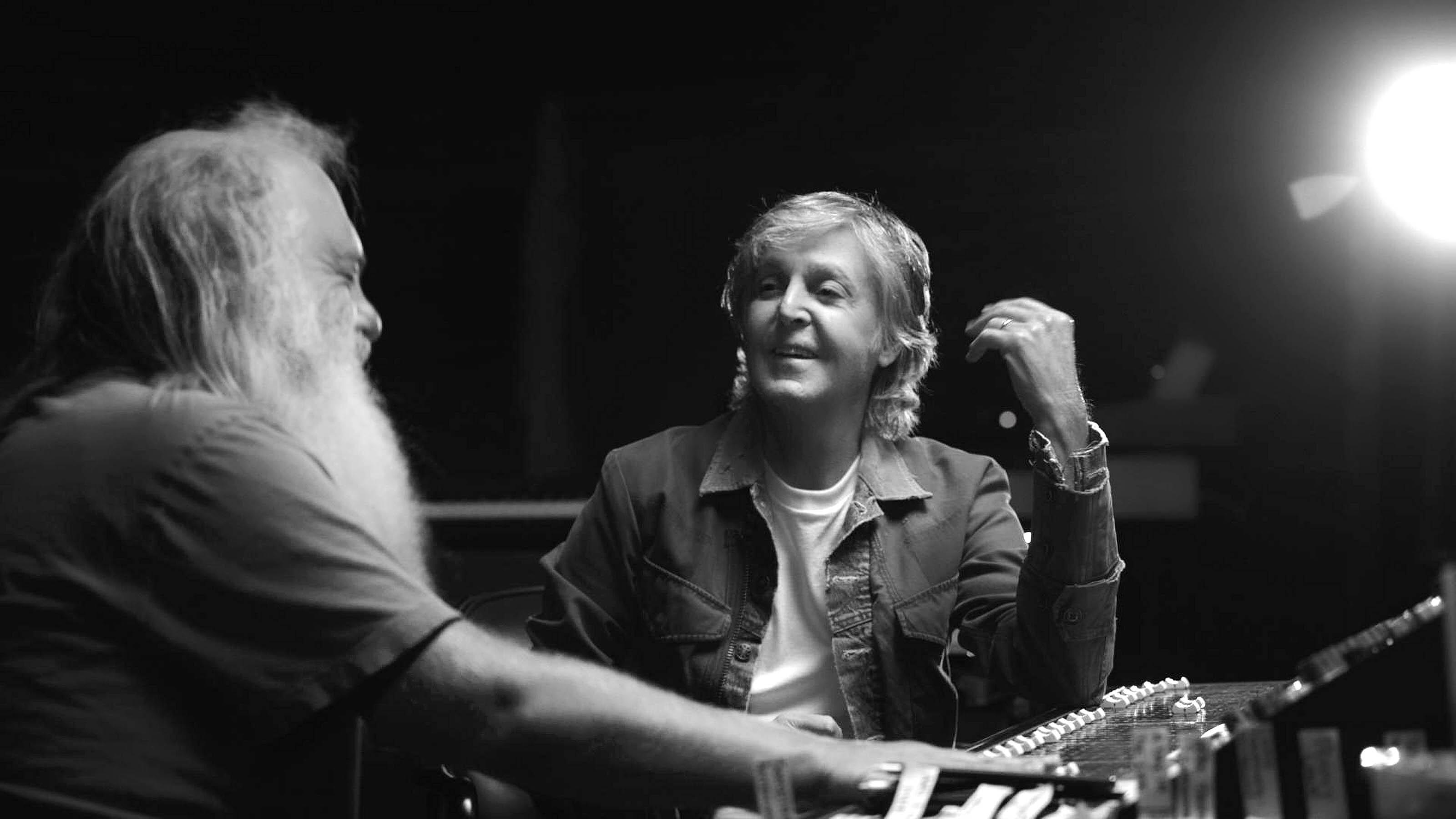 The six episode docuseries gives an inside look at Paul McCartney’s legendary career, spotlighting his time with The Beatles and his career as a solo artist. 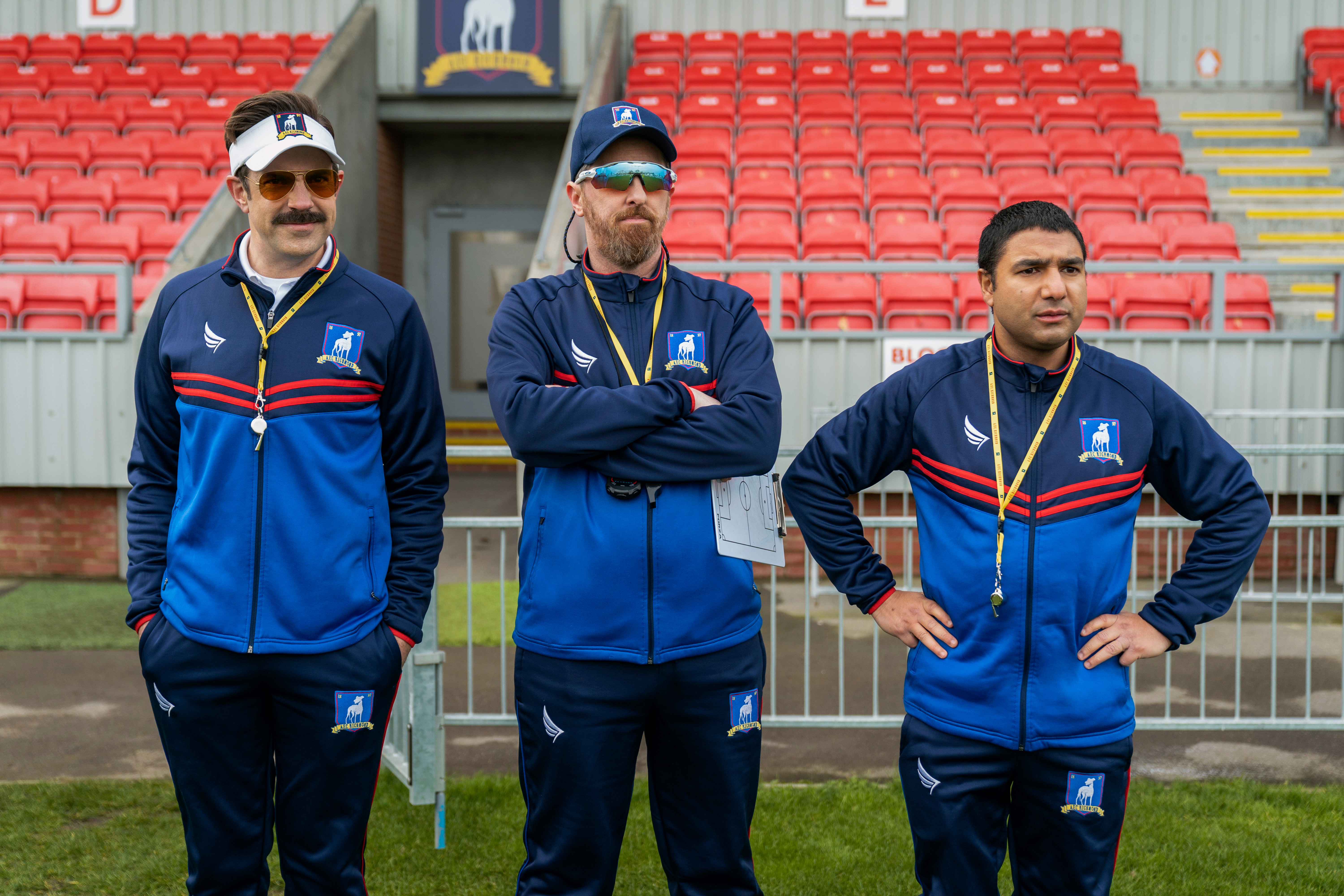 The second season of the comedy show continues to focus on the titular character, played by Jason Sudeikis, as he navigates his new job as the coach of an English football team.

“The Last Letter From Your Lover”
Stream Netflix on July 23 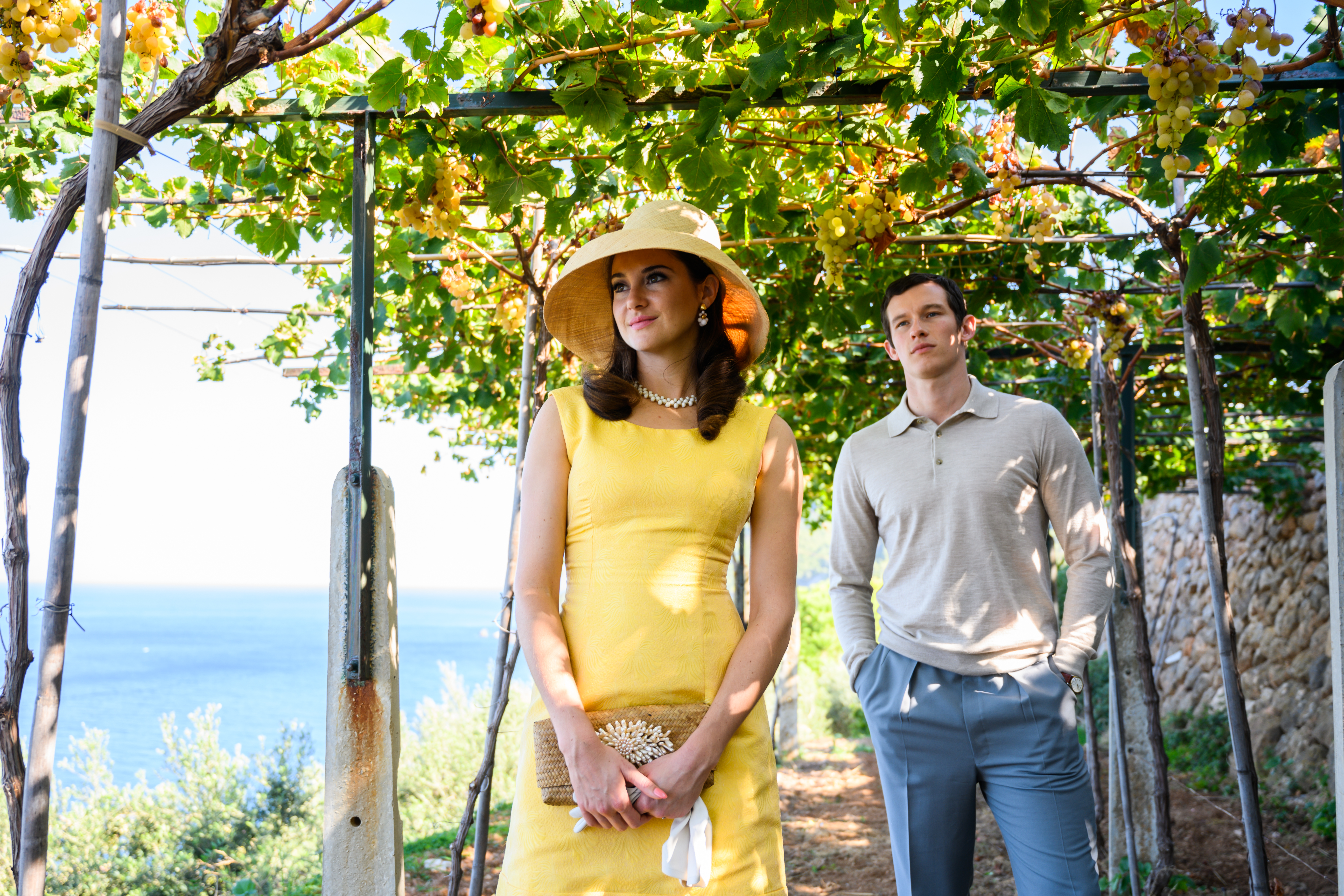 “The Last Letter From Your Lover” STUDIOCANAL / NETFLIX

“The Last Letter From Your Lover” follows a journalist who investigates a trove of secret love letters from 1965. The film stars Felicity Jones, Shailene Woodley, Callum Turner and Joe Alwyn. 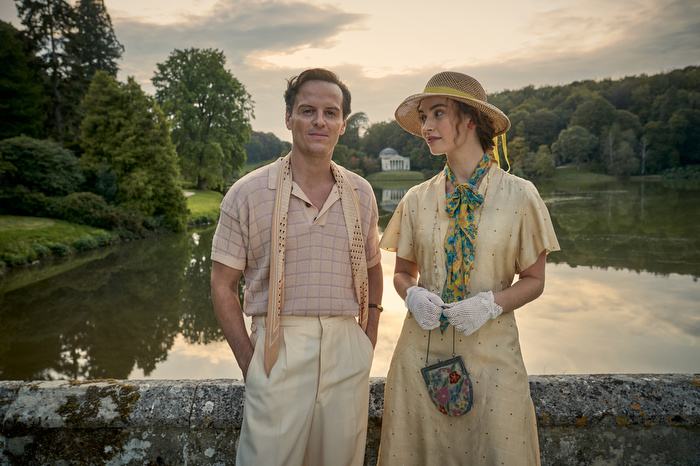 Set between the two World Wars, “The Pursuit of Love” is a romantic comedy that centers on two women and their paths to marriage. The series, which originally aired on BBC in the U.K., stars Lily James, Emily Beecham, Dominic West and Andrew Scott, among others. 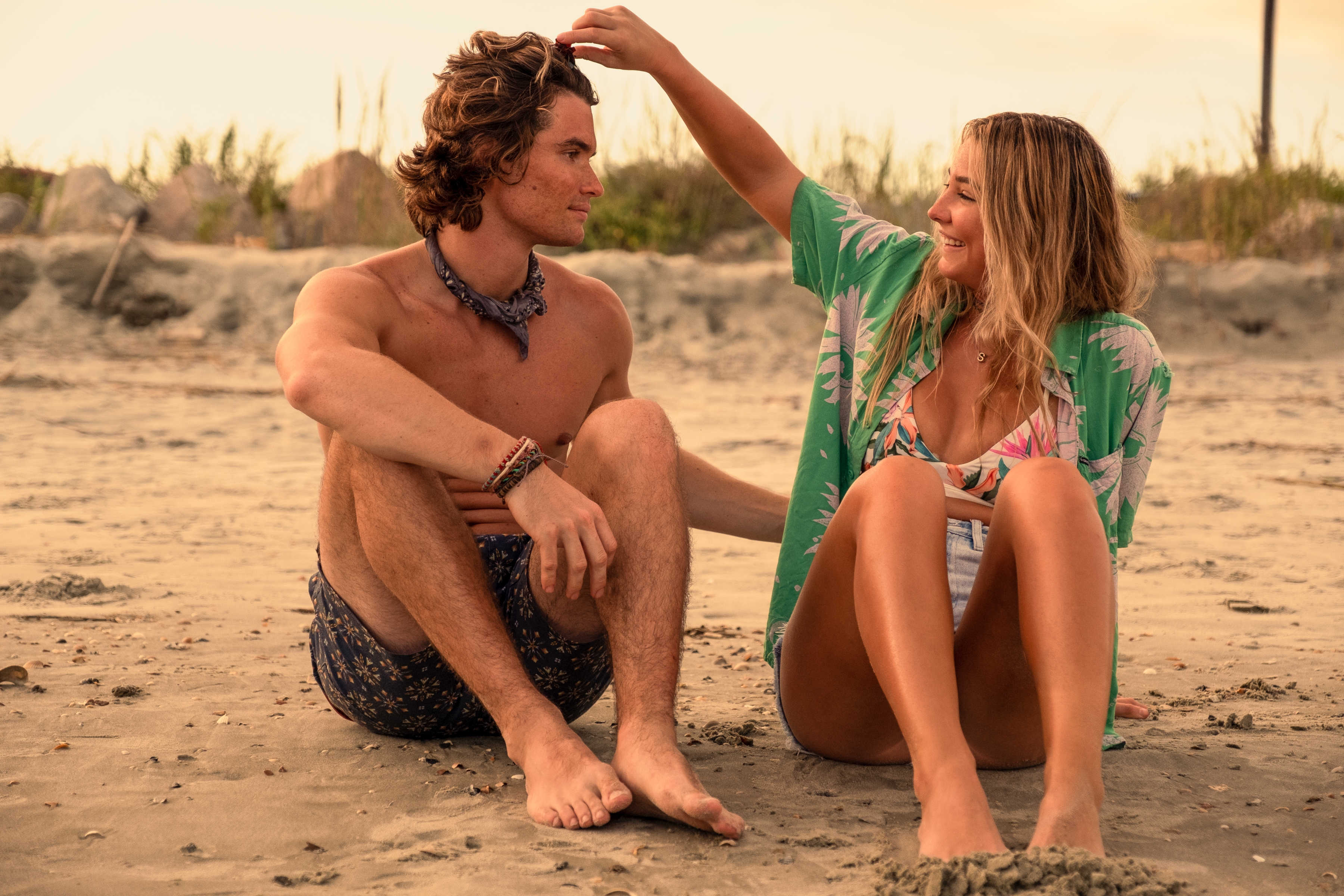 The second season of the teen drama “Outer Banks” finds series leads John B and Sarah on the run in the Bahamas as they continue searching for a $400 million treasure while their friends back in the Outer Banks are dealing with newfound challenges. 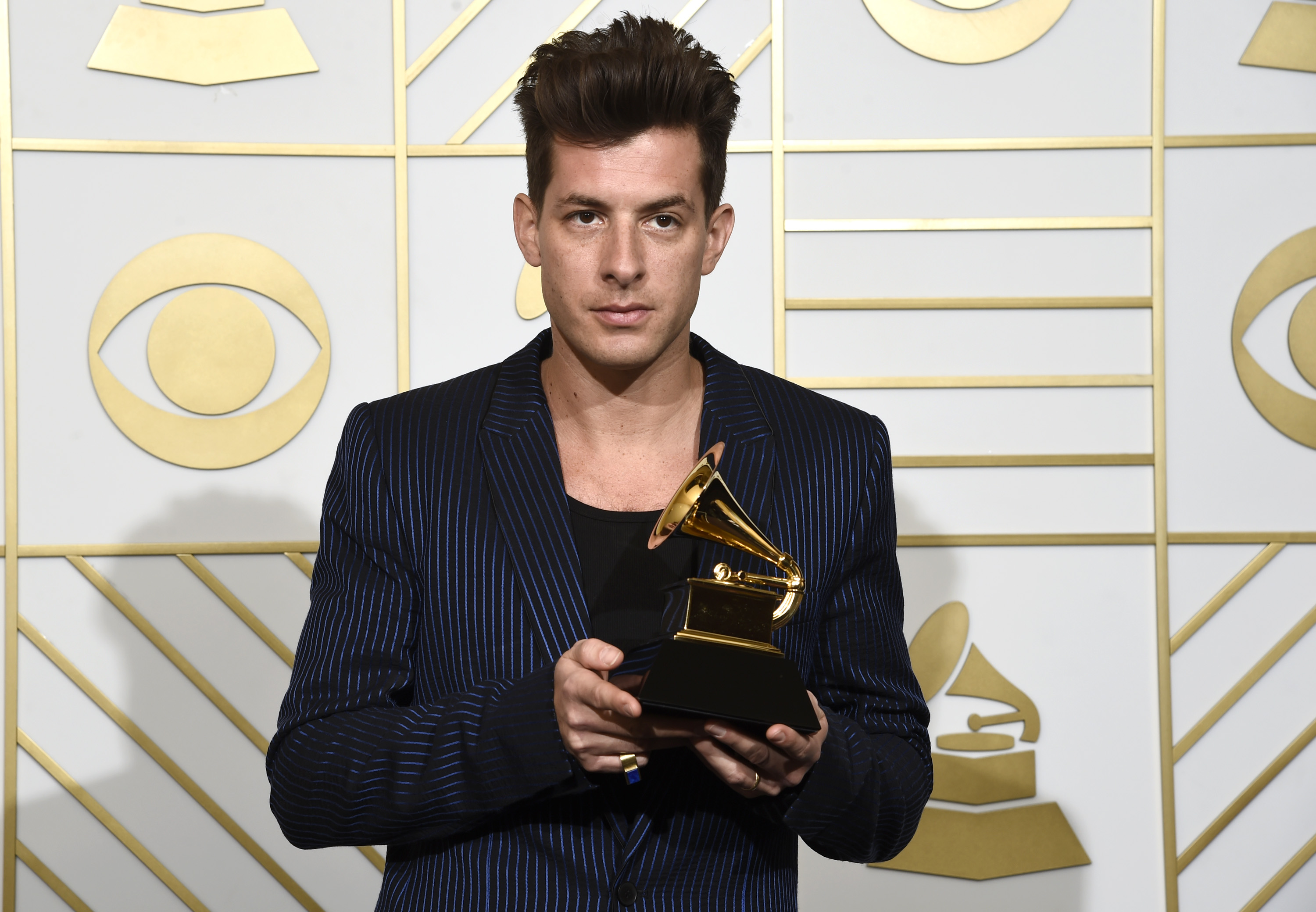 The documentary shows Oscar-winning producer Mark Ronson as he explores the intersection of technology and music alongside fellow musicians like Paul McCartney, Dave Grohl, Questlove and others.

The ‘Gossip Girl’ Reboot Is Coming: A Look Back at the Show’s Iconic Fashion

A Look at Naomi Osaka’s Fashion and Beauty Deals

The Most Fashionable TV Shows of 2020