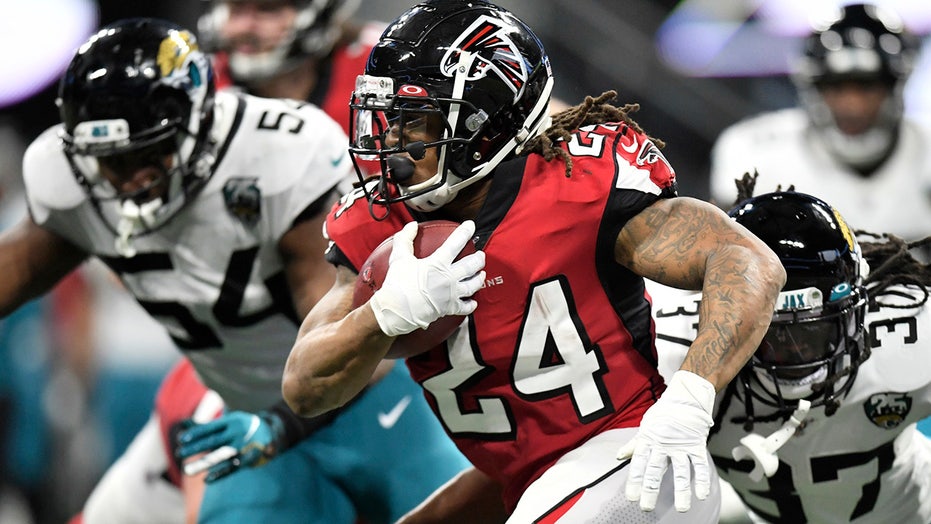 With the start of the NFL season just days away, teams made their final cuts over the weekend in time for the waiver wire deadline.

While most of the veteran players in free agency were picked up the following day, there are still some familiar names hoping to land a spot before Week 1 begins on Sunday. 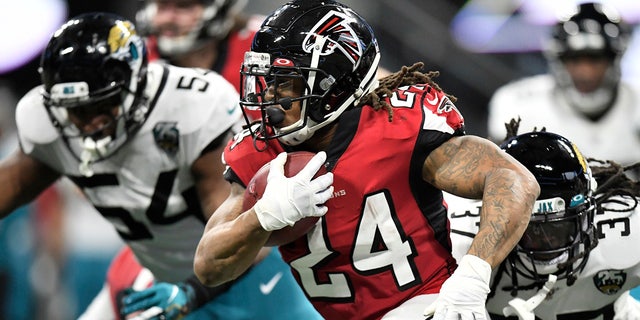 Atlanta Falcons running back Devonta Freeman (24) runs against the Jacksonville Jaguars during the second half of an NFL football game, Sunday, Dec. 22, 2019, in Atlanta. (AP Photo/Danny Karnik)

Devonta Freeman, a two-time Pro Bowler and 2015 second-team All-Pro, remains a free agent after he was released by the Atlanta Falcons in March.

The 28-year-old running back suffered a number of injuries over the last three seasons, including a knee and groin injuries, that would see him miss a total of 18 games. In 2019 he rushed for 656 yards and finished with two rushing touchdowns.

If he can stay healthy, Freeman would be a reliable addition to any roster.

2020 NFL SEASON: EVERYTHING YOU NEED TO KNOW AHEAD OF KICKOFF 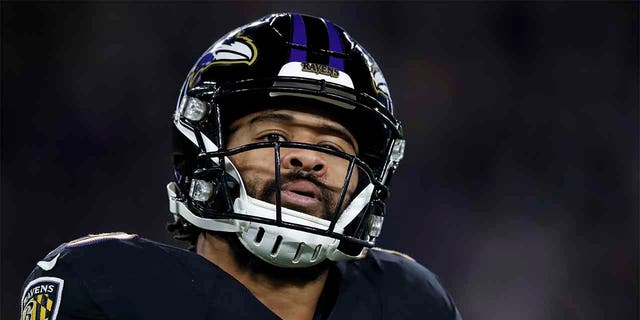 Earl Thomas of the Baltimore Ravens reacts after a play against the New England Patriots during the first half at M&amp;T Bank Stadium on Nov. 3, 2019, in Baltimore, Md. (Scott Taetsch/Getty Images)

Earl Thomas has had a turbulent offseason.

A star safety with the Seattle Seahawks, Thomas was selected for seven Pro Bowls and was selected first-team All-Pro three times in his 10 seasons with the organization, but his time in Seattle concluded in 2018 with contract fallout and eventually a season-ending leg injury.

Thomas was eventually signed by the Baltimore Ravens in March 2019 where he finished the season with two picks, two sacks and 49 tackles in 15 starts.

The veteran safety found himself in trouble off the field during the offseason and was ultimately released by the Ravens last month after he punched teammate Chuck Clark during training camp. 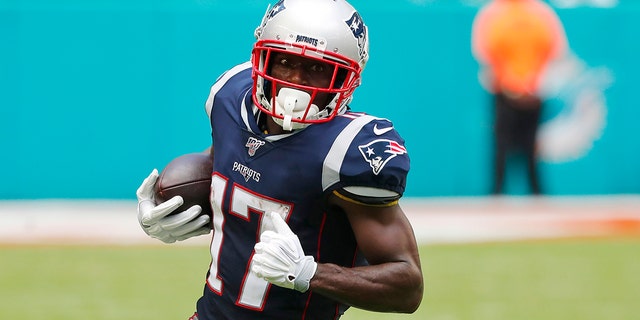 Antonio Brown has made it clear – he wants to play football again.

The seven-time Pro Bowler has not played in the league since September 2019. He previously played for the Pittsburgh Steelers before joining the Oakland Raiders in the offseason. He did not play any regular-season games for the Raiders and was released following a turbulent offseason.

He was then picked up by the New England Patriots but played only one game before he was released after 11 days in the wake of sexual assault allegations.

Brown performed in his only appearance with the Patriots, showing his capabilities as a wide receiver, but after he was recently suspended for eight games for violating the NFL’s personal conduct policy, any team interested in him will have to wait it out.

NFL WEEK 1 PREVIEW: CHIEFS AND TEXANS KICK THINGS OFF TO START THE SEASON 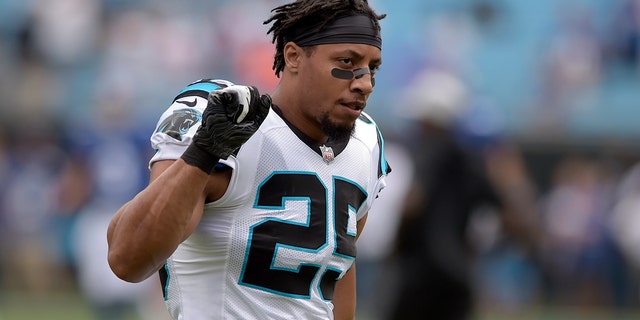 Veteran safety Eric Reid was surprisingly released by the Carolina Panthers in March following a difficult season that saw the Panthers go 5-11.

While the team struggled all around (eventually leading to a change in coaching), Reid himself performed well in 2019 when he finished with a career high of 130 tackles and four sacks.

With new cuts just announced, Reid could get picked up any day. 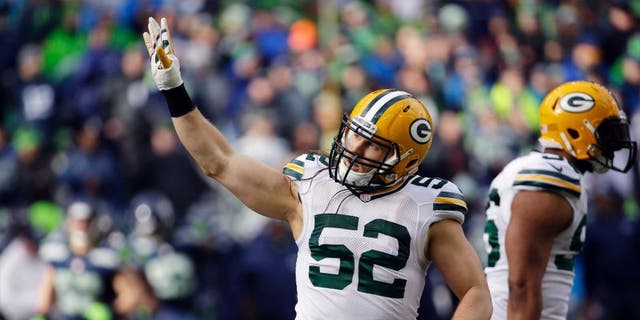 The Green Bay Packers’ Clay Matthews reacts during the first half of the NFC championship game in Seattle.

Super Bowl Champion and six-time Pro Bowler Clay Matthews remains a free agent months after he was released by the Los Angeles Rams.

Matthews made a name for himself during his 10 seasons with the Green Bay Packers but in his first season with the Rams he only registered eight sacks and two fumbles before suffering a broken jaw in Week 5 that ended the season for him.

While not playing to the caliber that he once did in 2015, Matthews is a well-seasoned outside linebacker who could do well in a limited role. 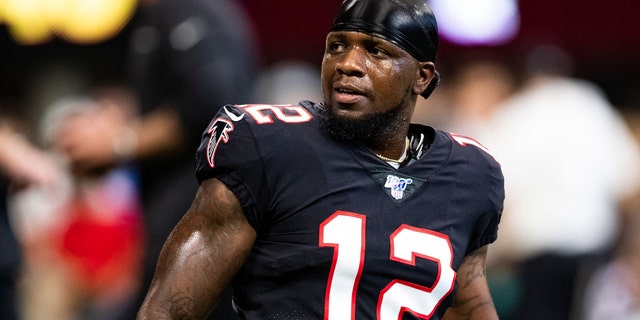 Mohamed Sanu of the Atlanta Falcons looks on prior to the start of the game against the Tennessee Titans at Mercedes-Benz Stadium on Sep. 29, 2019, in Atlanta. (Carmen Mandato/Getty Images)

Veteran wide receiver Mohamed Sanu was released by the Patriots over the weekend after less than one season.

Sanu played a pivotal role in the Falcons 2016 Super Bowl run but was unable to reach those same numbers in New England. He finished the season with 26 receptions, 207 receiving yards and just one touchdown.

Sanu’s last-minute cut could mean he gets signed soon but it certainly won’t be for a high price tag. 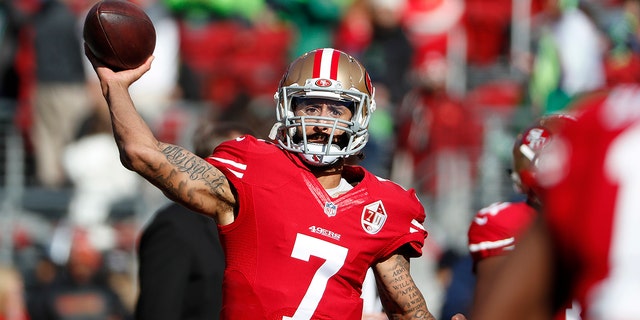 It’s unlikely that any team is still shopping for quarterbacks, but if a spot were to open, Colin Kaepernick would be the best option.

The former San Francisco 49ers quarterback has not played in the league since 2016 when he first took a knee during the national anthem in protest of police brutality and social injustice.

Kaepernick and his supporters have long said he was blackballed because of this, but in November 2019 he was given a workout to showcase his abilities. In late June, reports indicated that several teams had expressed interest in him but nothing ever came of it.

A second-round pick, Kaepernick recorded 2,241 passing yards and 16 touchdown passes in 12 games in his final season with the Niners. He only threw four interceptions.