Some fans know her for songs like “Bury and Friend” and “Bad Guy.” Before releasing When We All Fall Asleep, Where Do We Go, however, this artist had her songs featured on a few impressive soundtracks. Here’s what we know about Billie Eilish’s involvement with the Netflix original series, 13 Reasons Why.

Following the success of her album When We All Fall Asleep, Where Do We Go, Billie Eilish returned with a new song for the upcoming James Bond movie. This single, titled “No Time to Die” already accumulated over 170 million plays on Spotify.

“We wrote and recorded the Bond song on a tour bus in Texas,” Finneas said during an interview with Rolling Stone. “We did certain songs on the album in hotel rooms. You know, that’s kind of always been our philosophy: not letting the place that we get in the way of making great music.”

She wouldn’t be the first artist to write and perform songs in conjunction with the James Bond movies. In the past, Adele released the song “Skyfall” for the movie of the same title. However, Billie Eilish also had music appear on the soundtracks for a few television shows. 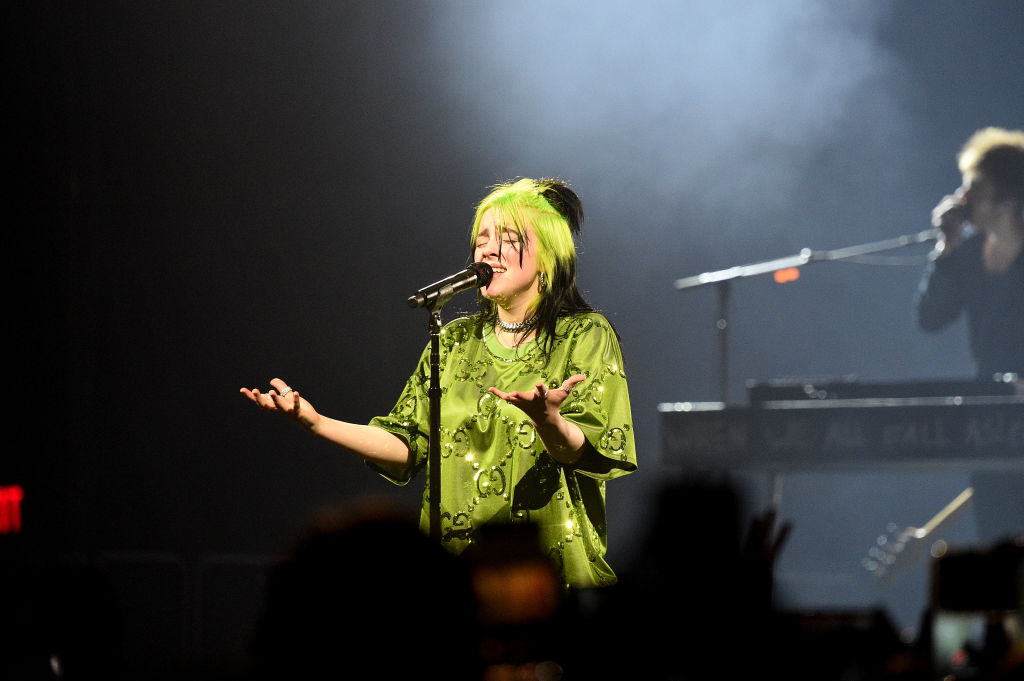 No Time to Die wouldn’t be the first project Billie Eilish and Finneas had their hands on. Recently, the artists and their music appeared in the soundtrack for Netflix’s original drama series 13 Reasons Why. In fact, a second song of theirs appeared on the soundtrack for the show’s second season.

According to The Fact Site, “Her song ‘Bored’ is on the Season 1 soundtrack, while on Season 2 she collaborated with Khalid on the track ‘Lovely.’” Other artists featured, according to the album on Spotify, include Joy Division, Selena Gomez, Sir Sly, and The Cure.

There’s no series that matches the Billie Eilish creepy vibe quite like American Horror Story. With a handful of seasons already released and available for binge-watching, this series featured different scary settings, from an insane asylum to a haunted hotel to an average American town plagued by an underground cult.

Most recently, the television show premiered a season inspired by slasher movies of the 1980s. Of course, the teaser trailer for AHS: 1984 featured the haunting singing voice of Billie Eilish. After fleeting into her cabin, the killer stabs his knife through the door. “Six Feet Under” by Billie Eilish plays softly in the background.

Music by Billie Eilish and Finneas, including the songs featured in 13 Reasons Why, No Time to Die, and American Horror Story, are available for streaming on music platforms like Spotify and Apple Music.

RELATED: Billie Eilish’s ‘Our House Is On Fire’ PSA Is Trending on YouTube — Here’s How You Can Join the Fight Against Climate Change

RELATED: Does Billie Eilish’s Tour Mean She’s Releasing New Music Soon? Here’s What We Know About This Artist and Her Upcoming Live Performances