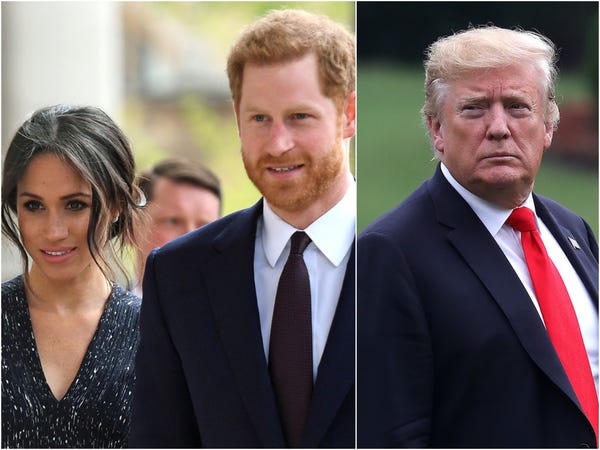 During a TV interview in 2016, Markle called Trump "divisive" and "misogynistic." 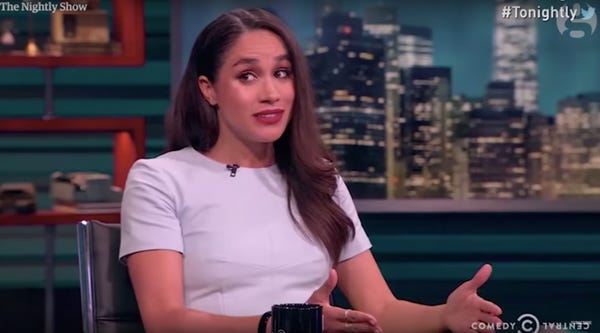 The then-actress first spoke about Trump during a 2016 appearance on "The Nightly Show with Larry Wilmore."

"It's really the moment I go, 'We film "Suits" in Toronto and I might just stay in Canada,'" Markle said.

"Yes, of course, Trump is divisive, think about female voters alone, right … I think it was in 2012 the Republican Party lost the female vote by 12 points — that is a huge number, and with as misogynistic as Trump is, and so vocal about it, that's a huge chunk of it."

She said she supported Hillary Clinton not "because she's a woman, but certainly because Trump has made it easy to see that you don't really want that kind of world that he's painting."

Asked in a 2019 interview about Markle's comments, Trump said he didn't realize she was "nasty." 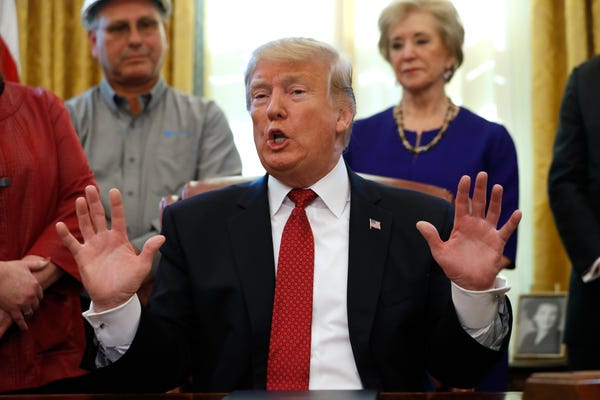 The interviewer went on: "She said she would move to Canada if you got elected. It turned out she moved to Britain."

Trump then replied: "There are a lot of people moving here, so what can I say? No, I didn't know she was nasty."

Prince Harry then appeared to avoid Trump during the president's state visit to Buckingham Palace a few days later. 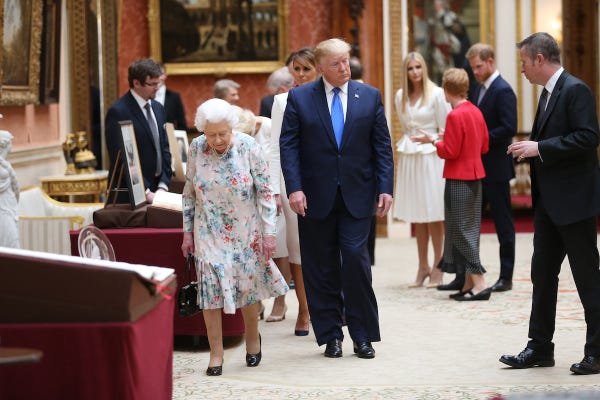 Markle was on maternity leave at the time of the president's state visit, so she did not attend the Buckingham Palace lunch hosted in his honor by the Queen.

Prince Harry, however, did attend — though he appeared to avoid being photographed with Trump.

Instead, he stayed behind and chatted with Trump's daughter Ivanka.

Despite this, Trump sang the couple's praises when asked about the royal family in an interview after the visit. 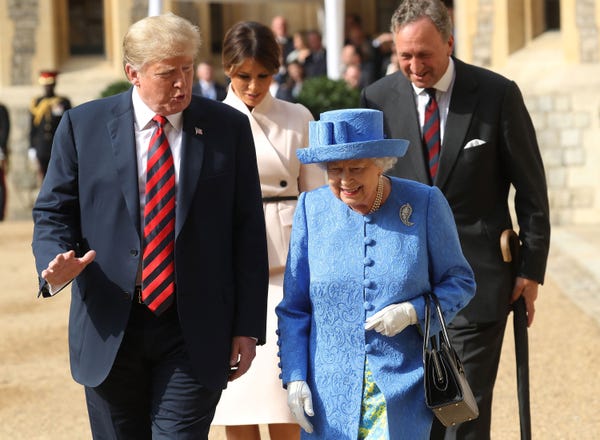 Trump went on to say that he thought Markle was "very nice" and that the reporting "shows how terrible the news can be."

Asked whether he'd had a chance to speak with Prince Harry during his state visit, Trump replied: "I did. I congratulated him, and I think he's a terrific guy. The royal family is really nice."

He also said the reports Harry had avoided him at the palace weren't true.

"No, just the opposite," he said. "In fact, he spent a lot of time talking to Ivanka and talking to my family. I went up, and he couldn't have been nicer. I think he's great."

Harry later told a prank caller who impersonated Greta Thunberg that Trump had "blood on his hands." 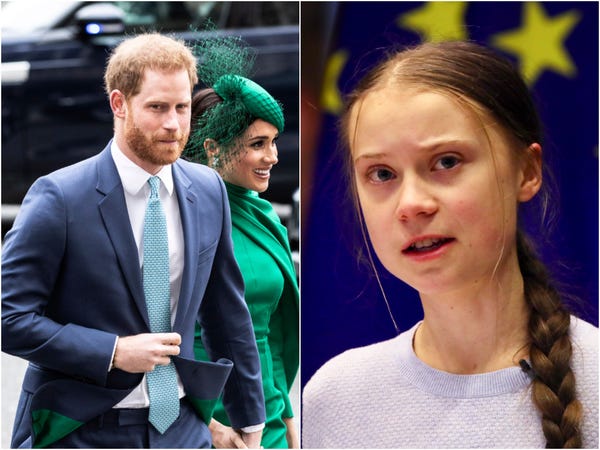 The Russian pranksters Vladimir Kuznetsov and Alexey Stolyarov impersonated the climate-change activist Greta Thunberg and her father, Svante, in two separate phone calls with the Duke of Sussex on New Year's Eve and later in January of this year.

They initially published the recording of the calls on their YouTube channel in March; however, they since appear to have been deleted.

In one call, Harry blasted Trump and said Thunberg would "outsmart him" if they met.

"Certain presidents around the world are driving completely the wrong agenda," Harry said.

"I don't mind saying this to you guys — the mere fact that Donald Trump is pushing the coal industry so big in America, he has blood on his hands."

"Because the effect that has on the climate, and the island nations far, far away. And again, out of sight, out of mind," he added.

"But Trump will want to meet you to make him look better, but he won't want to have a discussion about climate change with you because you will outsmart him."

Trump didn't respond to Harry's comments; however, he did say the US wouldn't pay for the couple's security protection after they moved to California. 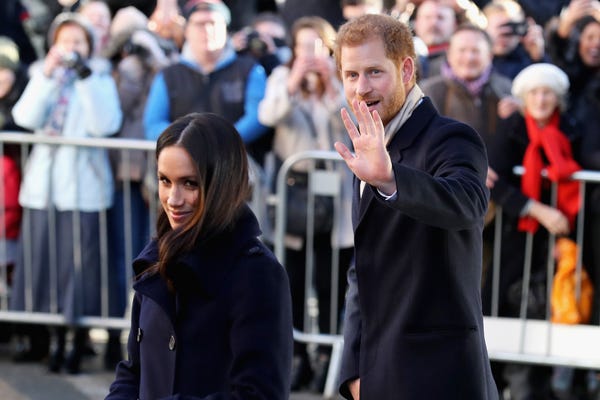 After it was reported that the Duke and Duchess of Sussex relocated from Canada to Los Angeles in March, Trump tweeted that "they must pay" for their own security costs.

"I am a great friend and admirer of the Queen & the United Kingdom," he wrote. "It was reported that Harry and Meghan, who left the Kingdom, would reside permanently in Canada. Now they have left Canada for the U.S. however, the U.S. will not pay for their security protection. They must pay!"

A representative for the couple responded to the tweet, saying they had no intention to ask the US to foot the bill.