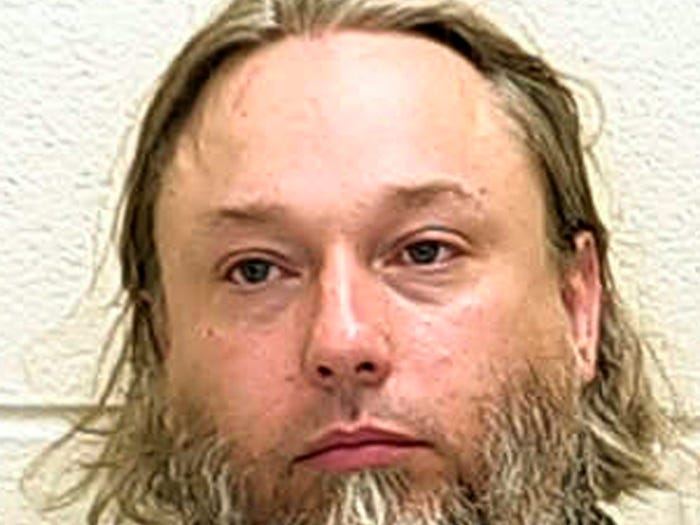 MINNEAPOLIS (AP) — A jury on Wednesday convicted the leader of an Illinois anti-government militia group of several civil rights and hate crime charges in the 2017 bombing of a Minnesota mosque.

Michael Hari, 49, was found guilty on all five counts. They include damaging property because of its religious character, forcibly obstructing the free exercise of religious beliefs, conspiracy to commit felonies with fire and explosives, using a destructive device in a crime of violence, and possessing an unregistered destructive device.

Prosecutors outlined Hari's hatred for Muslims as his motivation for the bombing during the trial, citing anti-Islam excerpts from Hari's manifesto known as The White Rabbit Handbook, named after his militia group. Prosecutors presented evidence to jurors that included phone records and testimony of federal investigators who tracked Hari down to Clarence, Illinois, a rural community about 120 miles (190 kilometers) south of Chicago where Hari and two co-defendants lived after a seven-month investigation.

The testimony by those co-defendants, Joe Morris and Michael McWhorter, portrayed how Morris viewed Hari as a father figure, and how Hari instructed them to throw the pipe bomb into the Dar Al-Farooq Islamic Center as Hari waited in the car after driving up from Illinois in a truck rented by Hari. Morris, who along with McWhorter pleaded guilty in January 2019 to their role in the attack, testified that Hari said the mosque trained ISIS fighters.

The bombing took place on Aug. 5, 2017, when the pipe bomb exploded in the imam's office as worshippers gathered for early morning prayers. No one was hurt in the explosion, though community members where shaken by the inciden t and the mosque's executive director testified last month that it has led to diminished attendance due to fear.

Defense attorneys argued that prosecutors failed to produce forensic evidence putting Hari at the suburban Minneapolis mosque on the day of the attack and attempted to discredit Morris and McWhorter with what they said were inconsistencies in their testimony. Hari refused to testify in his own defense.

Prosecutors refuted the defense's claims, citing Hari's past as a former sheriff's deputy that investigated crimes as how he knew not to leave forensic evidence behind.