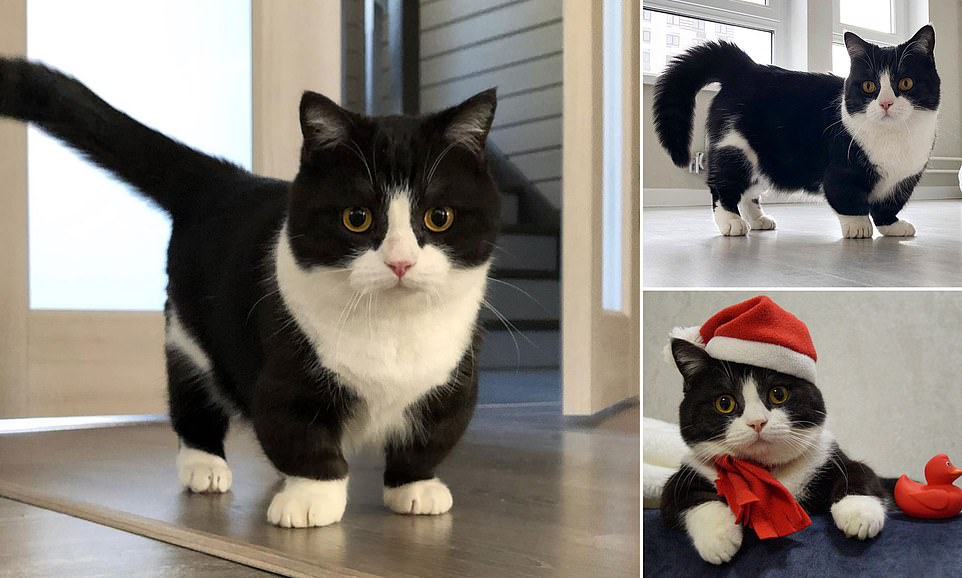 An adorable stumpy cat called Manchester with 4-inch legs from Russia has become an Instagram star, amassing over 50,000 followers. Manchester, who is nearly two years old, is a mixture of two breeds – a Scottish straight and a Munchkin, which are renowned for their extremely short legs. Click through to see more of the social media sensation… 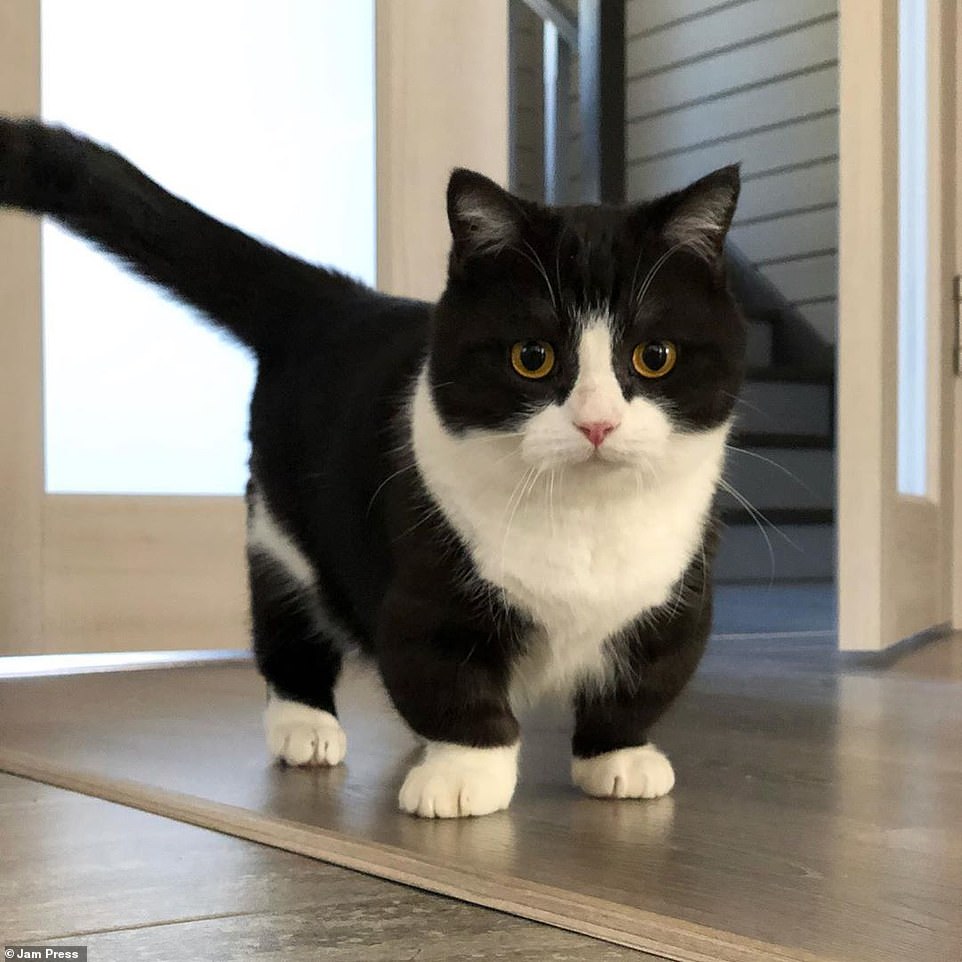 Manchester the adorable stumpy cat, pictured, has become a hit on social media. 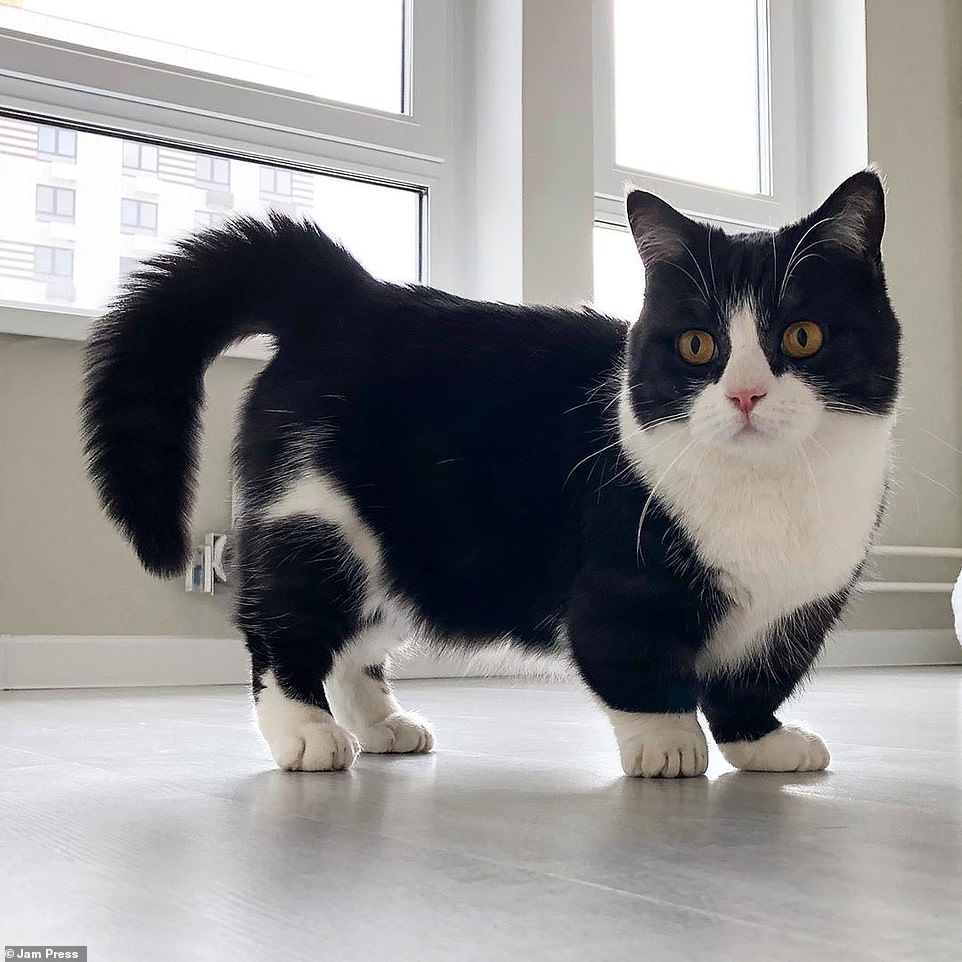 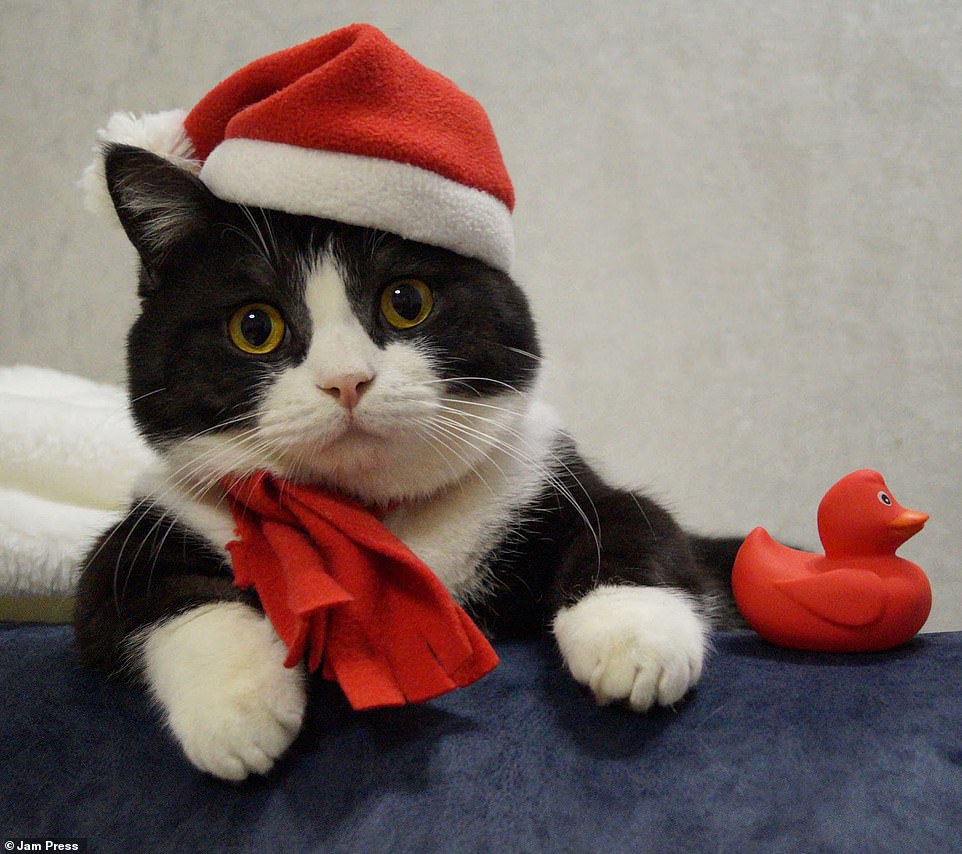 Ushakov said that he named his cat after the football team – Manchester United – who he became of a fan on in 1998. 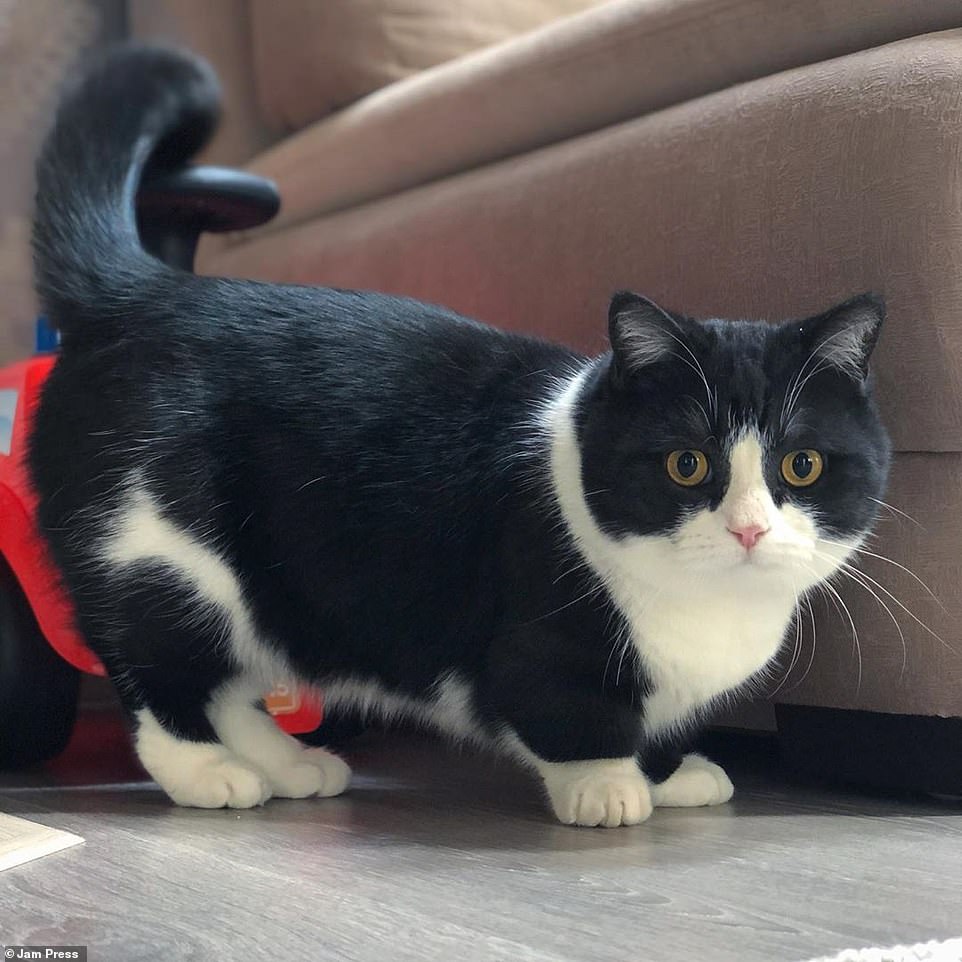 Manchester, who is nearly two-years-old, is a mixture of two breeds – a Scottish straight and a Munchkin, which are renowned for their extremely short legs. 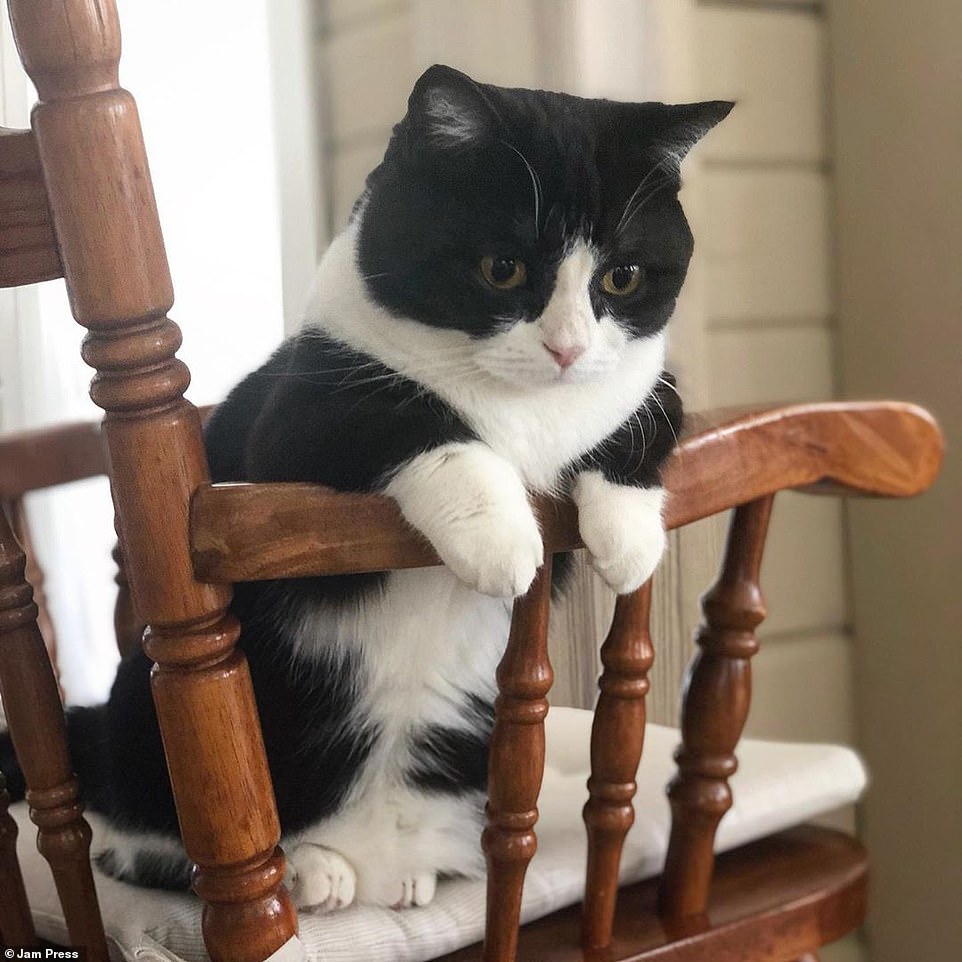 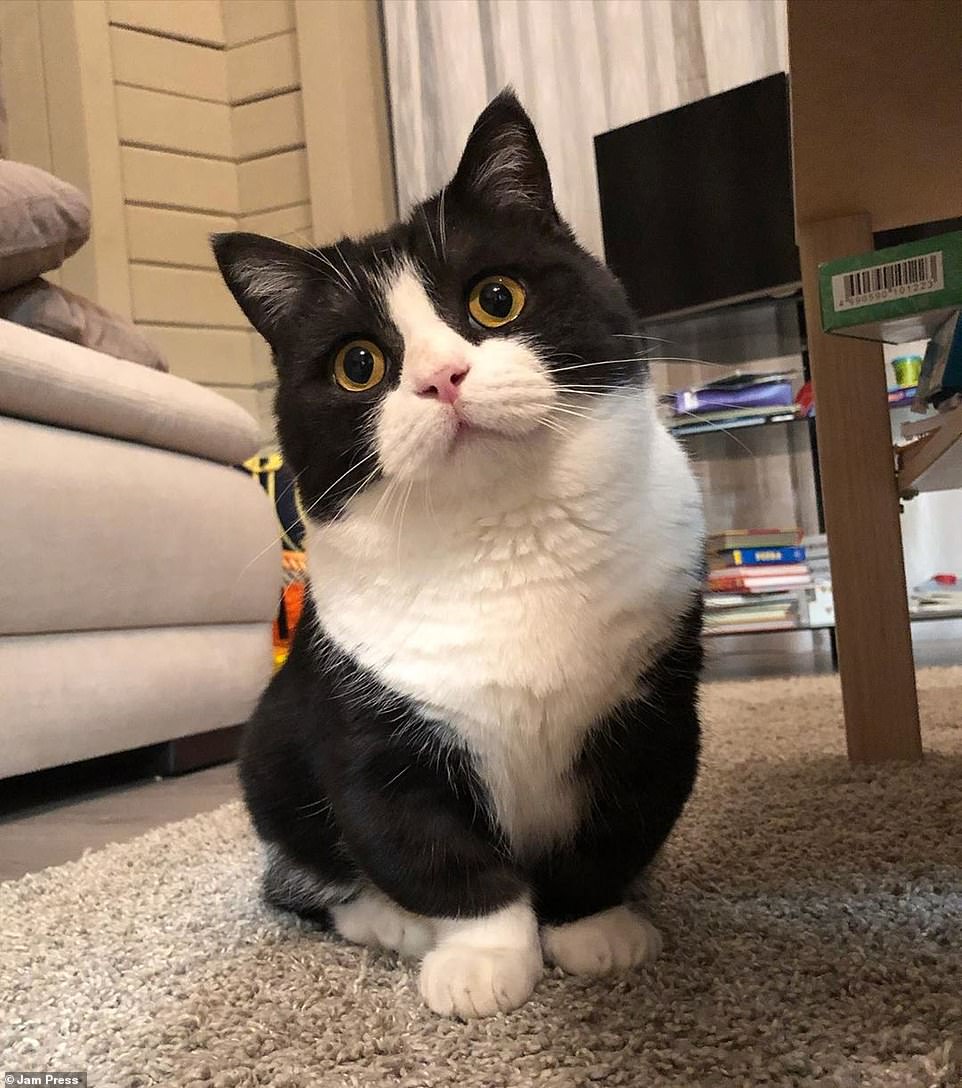 ‘I decided to create an Instagram account for him because I thought he was cute enough to please other people,’ Ushakov said. ‘As it turned out, he has quite a lot of fans!’ 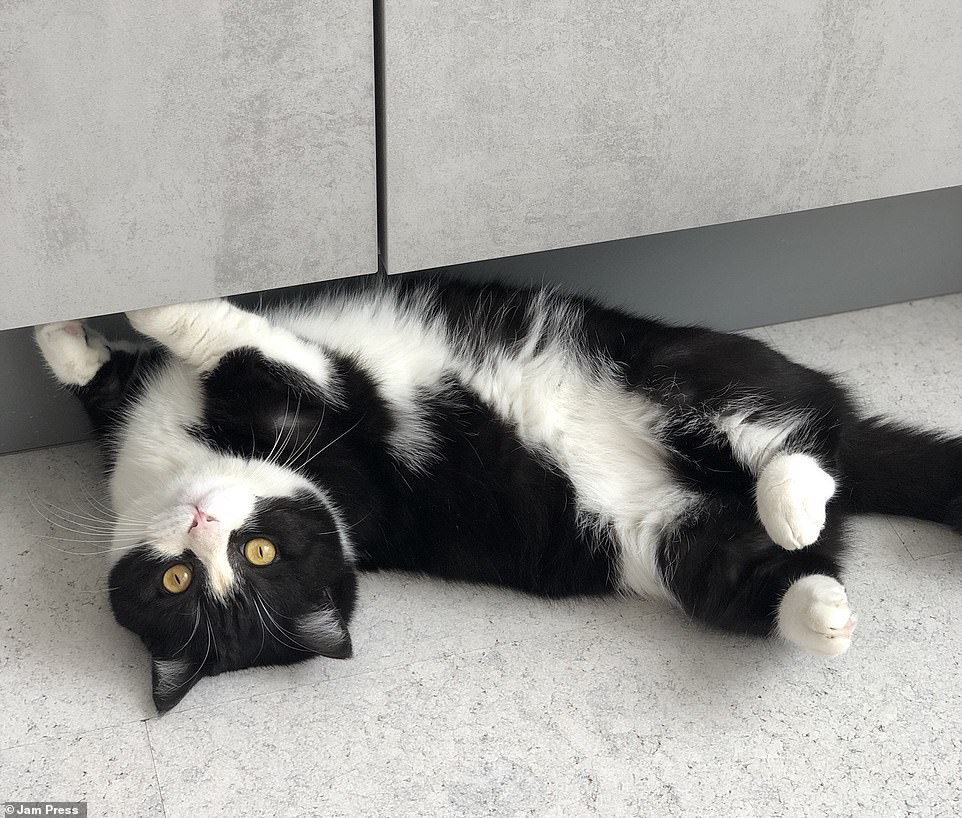 ‘I think the main reason he has been so popular is because of his cute appearance and adorable posts,’ Ushakov said. ‘So many of his followers message me with support and love and regularly share his snaps with their friends.’ 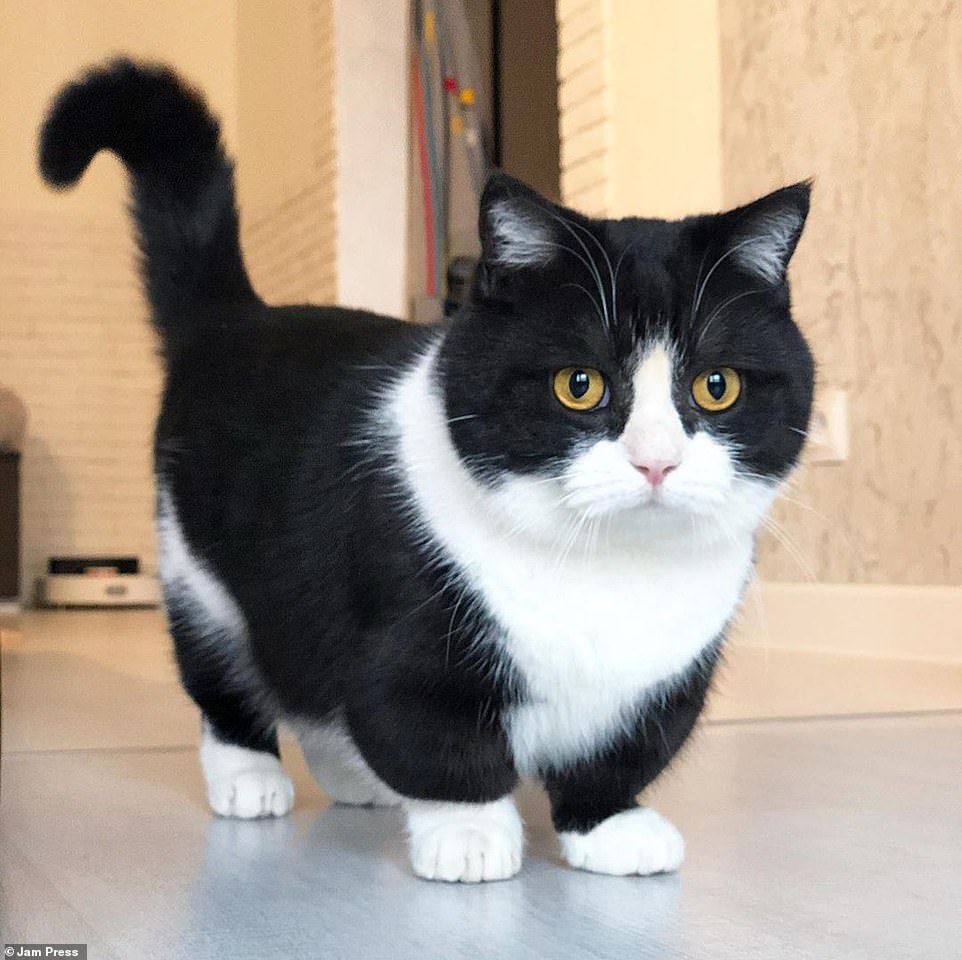 Ushakov says that the messages of support he receives from followers of Manchester’s Instagram account is what motivates him to continue posting pictures of the adorable feline. 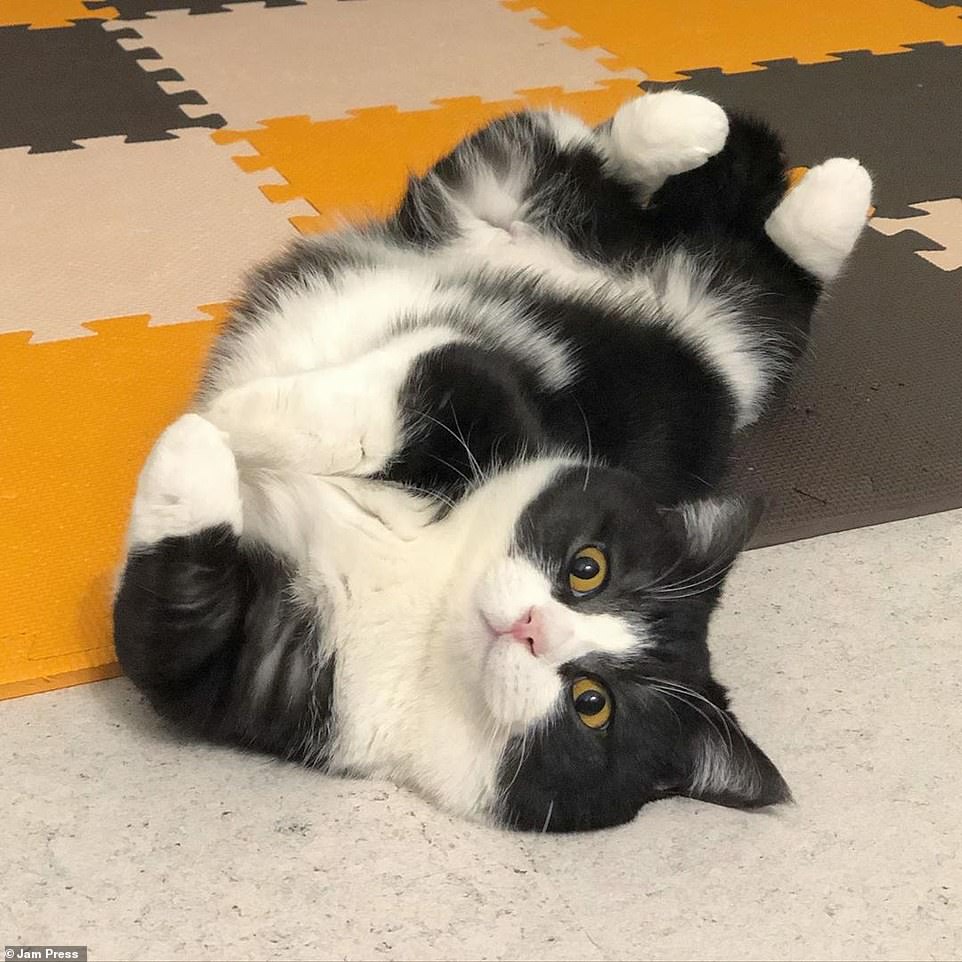 Alexander’s sweet snaps of Manchester have garnered thousands of likes and are sure to provide your daily dose of positive vibes. 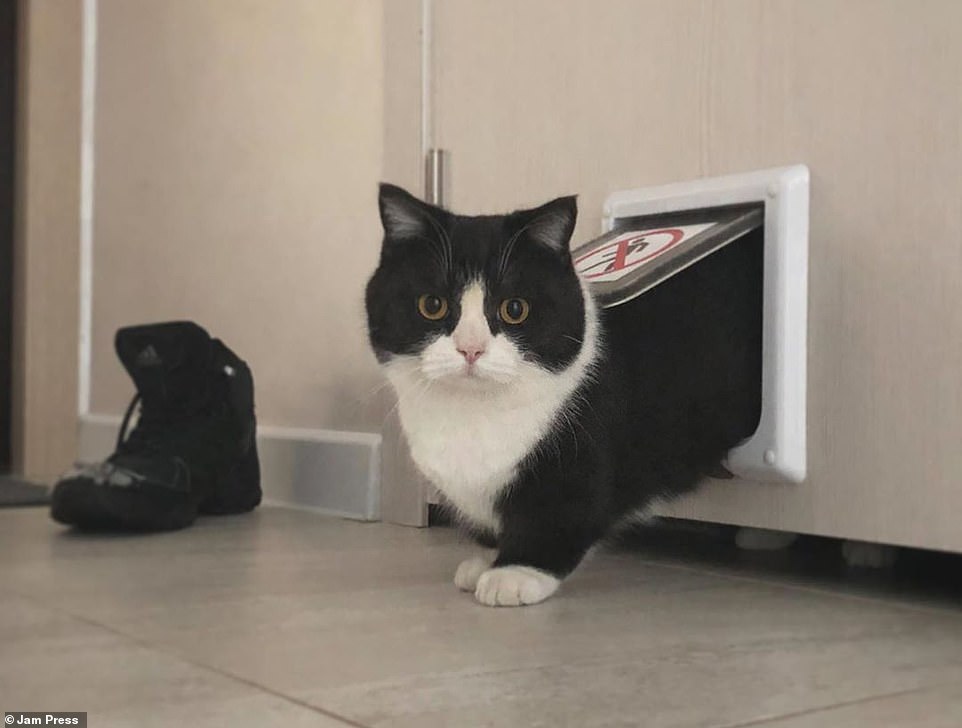 Ushakov said that Manchester is very playful, and that ‘he is always meowing, loves playing mad games, and is always running around the house.’ 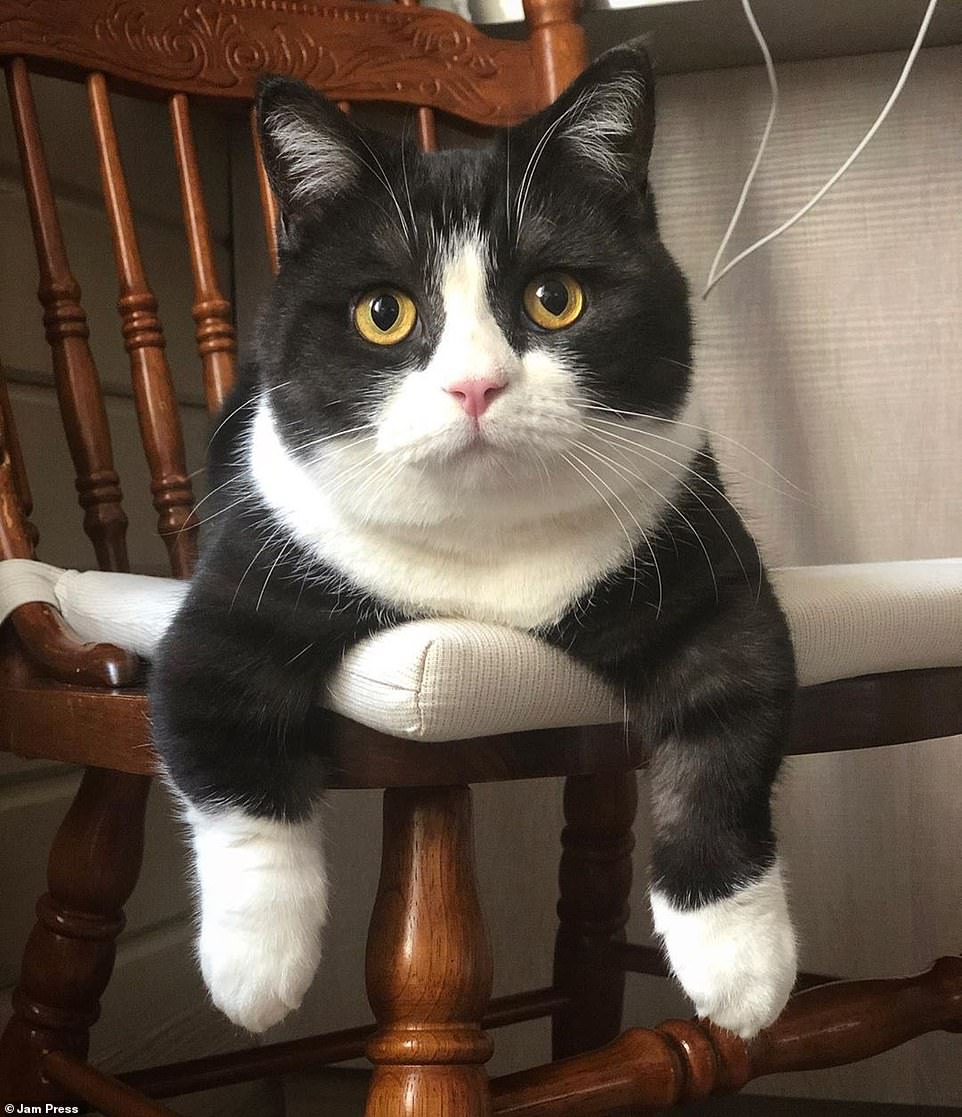 Manchester was born on September 15, 2018 and Ushakov said that he bought him at the age of 4 months.