Home » After being run over, I didn't expect mental recovery to be my biggest challenge

After being run over, I didn't expect mental recovery to be my biggest challenge 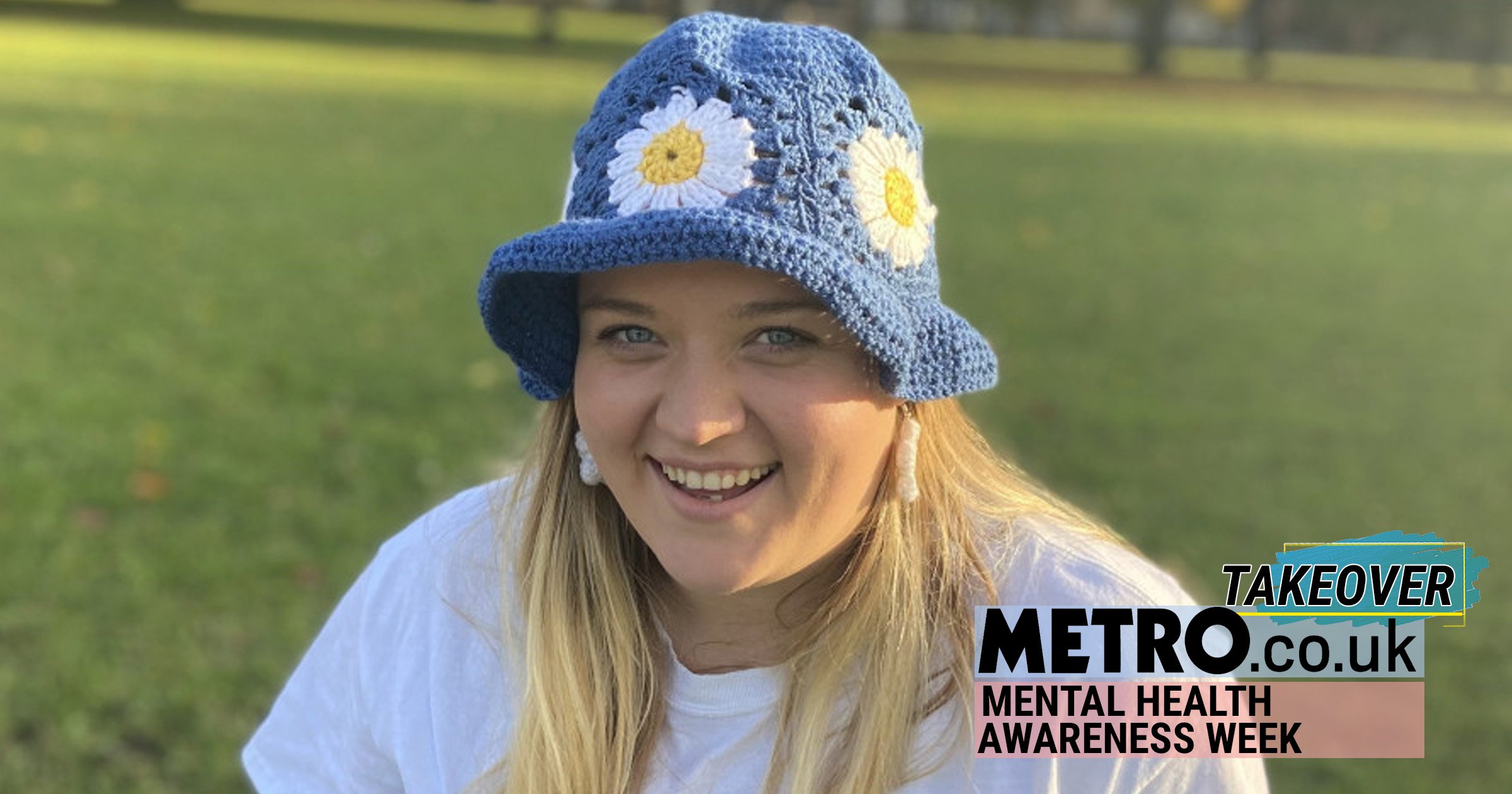 At around 2.30pm one afternoon in October 2020, five seconds changed my life.

I was on the way to collect the two girls I looked after from school – I’m an actor-musician, but since the pandemic shut down most of the industry, I’d started a job as a nanny.

I was on my bike at the lights of a busy junction in East London, stopped beside a lorry. As the lights went green I set off to go straight across and the lorry turned left. In an instant, I got knocked off my bike and the lorry drove over my leg.

What’s strange is that I remember quite a bit of what happened next – most people block out this level of trauma. I was in a lot of shock, I thought I was going to die – or at least lose my leg.

An off-duty police officer came and held my hand, and assured me everything would be alright, to just keep breathing. An ambulance was called and emergency services from Royal London Hospital were with me in less than eight minutes. I now know that the accident shut down the whole road – there were fire engines, ambulances, and an air ambulance.

I had what’s called a ‘degloving’ injury. It’s what it sounds like – the impact took everything off my bone. From my knee to my toes, all the muscle, the skin, the tendons and juicy bits that keep your leg working – all of that was gone. It was just bone.

In the first few weeks, they were just trying to save my leg. They took a muscle ‘flap’ graft from the top of my leg and tried to put it over my broken ankle, as bones need a lot of blood supply to heal.

When that failed, there was a lot of talk about amputation and what life would be like with an amputated leg. My only concern then was to tell them: ‘save the leg.’ Thankfully, they were able to keep it functional, although I was still in an awful lot of pain.

Due to Covid restrictions, no one was allowed to visit me – even though it was when I needed them the most, and things were at its scariest.

But my friends and family spent days and days and nights on FaceTime with me, making sure I was OK. My mum didn’t sleep for two weeks, because I wasn’t able to either.  I genuinely believe I have best friends and family, and the best mum, compared to anyone else’s, the way they’ve helped me get through this.

After five weeks in bed, I was able to sit in a wheelchair, which meant I could leave the ward and finally see some visitors in person. At this point I was at breaking point, the scariest life-threatening experience was happening to me, and I was going through it without even a hug from my mum.

So being able to see them if only for an hour was invaluable. Their support kept me going, kept me fighting and kept me believing that somehow, I would get through this.

Gradually, it became clear that I was healing well, and surpassed even my surgeons’ expectations. After 12 weeks and 12 surgeries including two major skin grafts, I was able to leave the hospital and go to stay with my parents up north, where a new level of recovery began.

While I was in hospital, a wonderful air ambulance medic, Frank, kept in touch with me and my mum, and introduced me to Jane* – a woman who’d had a pretty similar accident to me three years before. She told my mum about The Katie Piper Foundation, and how amazing they were.

Although they’re known for supporting survivors of burns, they also support people with skin injuries like mine and Jane’s*, which can be treated very much like burns. By the time I was home, I’d already made contact with The Katie Piper Foundation, and they were involved with helping me early on.

They’ve been very supportive, especially with the ‘little things’. When you go and talk with a therapist, you talk about the big things: ‘What’s my life going to look like in the future? How do I deal with the trauma of the accident and being in hospital?’

But the Foundation has been incredible in helping with the day-to-day stuff. For example, when I was feeling overwhelmed with all these adaptations I was having to make and the daily toll of a dominating schedule of physiotherapy, hyperbaric oxygen treatment and appointments, Sam from the Foundation helped make a schedule for me that took the stress off. And they have also been able to support my family through the past six months. Because in a situation like mine, it’s not just the person with the injury that suffers, their family and friends are also put through it.

I genuinely believe that with an accident like this, the mental and emotional toll that you go through is equal to the physical problems that you face, if not more so. You have to make a hard adjustment to what you think your life will be like, to how it is now; it’s essentially a grieving process, losing the life you thought you were going to have, and losing a part of the person you were before the accident.

It can be very difficult to talk about what’s going on inside, you feel like you must only be happy – happy to be getting better and grateful to be alive but it’s so important to acknowledge any feelings you have.

Before, I was a 23-year-old who’d recently done a Masters degree, free to live however I wanted. Then suddenly, it felt like I’d lost all control of my life and was nearly completely dependent on the people around me. And that takes its toll. I feel that we suffer most at our own hands, and we must keep reminding ourselves to show ourselves the same compassion that we would others. I don’t want to feel sorry for myself – it’s not helpful, and it doesn’t fix anything. I’ve learned how necessary it is to be kind to myself. Self-pity is sitting all day in bed and not doing anything but being compassionate is telling myself that I need an extra hour or two in bed today and being OK with it.

I still suffer with flashbacks to the incident and to hard times in hospital. Before the accident I thought flashbacks are just two second experiences. That was not the case for me. I can have between five to 10 flashbacks a day, and these are incredibly visceral experiences; my entire body is taken back to that point of the accident and I can hear, feel and see everything as if it’s happening all over again.

Then, even when the flashback has passed, the effects last. For example, occasionally I can still hear the traffic and the car horns, or the flashback itself will trigger a panic attack and I can’t breathe. I’m currently going through EMDR therapy with my psychologist used to treat people with trauma and PTSD.

It’s great to be able to look back at my recovery, and I’m so proud of where I’ve been able to get to. I’m much more mobile than I was with the help of my walking aids: crutches, walking stick and occasionally a wheelchair on longer journeys.

I have also found it useful to document and share my story via TikTok, people are very supportive and it’s great to be able to see how far I’ve come as well as be able to show that just because you’ve left hospital, doesn’t mean you’re fixed and done, there’s a huge rehabilitation story that continues after that.

Just over six months later, my leg is healing well – it won’t be the same again, but I’m coming to terms with it.

The creative industries are becoming more accommodating to people with disabilities, so I’m looking forward to getting back to London and performing again.

When the accident happened I genuinely never believed that I’d walk again or be able to live an independent life.

I still have quite a long way to go but with the best support system around me, help from The Katie Piper Foundation and pure determination. I truly believe I will get my life back on track and emerge much stronger and more compassionate than before.

With a brilliant team that includes Alex Beresford, Russell Kane, Frankie Bridge, Anton Ferdinand, Sam Thompson, Scarlett Moffatt, Katie Piper and Joe Tracini, each of our guest editors have worked closely with us to share their own stories, and also educate, support and engage with our readers.

If you need help or advice for any mental health matter, here are just some of the organisations that were vital in helping us put together our MHAW Takeover: