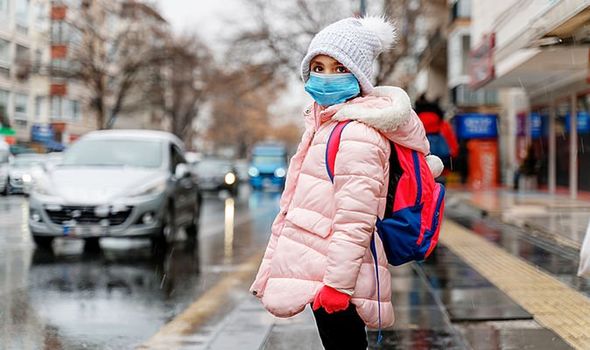 This means 3.4 million children at schools, from nurseries to colleges, are inhaling too many particles that can enter the lungs and cross into the bloodstream. This can lead to heart and lung disease. The charity Global Action Plan released the report, and was backed by the WHO, which warned that the levels are “harming children’s health”.

WHO director Dr Maria Neira said: “These figures are unequivocally too high. Schools should be safe places of learning, not places where students are at risk of health hazards.There is no safe level of air pollution, and if we care about our children and their future, limits should reflect WHO guidelines.”

The report has been released today to mark Global Action Plan’s Clean Air Day, a campaign aimed at raising awareness of pollution in the UK.

Larissa Lockwood, director of clean air at Global Action Plan, said: “The fact that 27 percent of UK schools are above WHO air pollution limits is extremely alarming.

“Air pollution is not a fact of life. If we all do our bit, it can be solved with collaborative action and education.

“We have seen the power of Clean Air Day to unite a movement, to bring confidence to talk about the importance of tackling air pollution even in trying times, and to push for change. But it can’t stop there.

“Tools like the Clean Air For Schools framework are available for free to help any school set up a clean air action plan. But schools cannot do this alone. If we all come together – individuals, schools, businesses, local authorities across the UK – to collectively act and seize this moment we can create and support change, for good.”

Sarah Hannafin, a policy adviser at the National Association of Head Teachers, said: “The impact of the pandemic on children has been huge. We need to do everything we can to make sure we safeguard their futures.

“One vital way of doing that is to ensure they return to a safe, clean and healthy environment where they can learn, play and thrive.”

The research, carried out by environmental consultants EarthSense, is billed as the most comprehensive and up-to-date sample of air pollution taken from all schools across the UK. 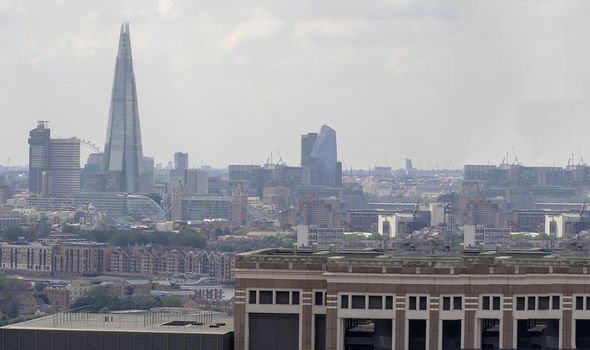 The Government has been unveiling green promises on a weekly basis in the run-up to November’s COP26 climate summit in Glasgow.

But the Government’s record on air pollution is chequered at best, with charity ClientEarth winning three court cases against it in recent years alone.

The pollution levels highlighted by today’s report are being breached by PM2.5 – particulate matter with a diameter of 2½ microns or less.

It comes from a variety of sources, including car exhaust fumes, dust from car brake pads, tyres, solid-fuel stoves and agricultural emissions.

The study found that 98 percent, or 7,692, of the affected schools are in England.

Global Action Plan reviewed the air quality outside schools because children are particularly vulnerable and spend a significant amount of time at classes.

It can even affect their ability to learn.

In March, the UK was found guilty by the European Court of

Justice of “systematically and persistently” breaching air pollution limits for nitrogen dioxide, which is emitted by cars and gas boilers.

A Department for Environment, Food and Rural Affairs spokesman said theWHO had praised its Clean Air Strategy as “an example for the rest of the world to follow”.

He said: “Air pollution has reduced significantly since 2010. Emissions of fine particulate matter have fallen by 11 percent while emissions of nitrogen oxide are at their lowest level since records began. However, we know there is more to do.

“We are continuing to deliver a £3.8billion plan to clean up transport and tackle pollution and are going further with new targets to protect communities.”

The Daily Express is campaigning for improvements in air pollution as part of our Green Britain Needs You crusade.

The fact that an estimated 3.4 million children in the UK learn in an unhealthy environment is a real concern, both in terms of the health of these children but also their cognitive development, educational attainment and future careers.

We know that children who attend highly polluted schools experience slower development in their cognitive skills than their peers who attend less polluted schools. This is important as cognition in childhood is predictive of educational attainment and also future job market prospects.

Children are more at risk of exposure to air pollution and are more vulnerable to its effects in comparison to adults.

Children breathe more air per unit of body size because they have a higher breathing rate and are more physically active.

Children spend up to 8 hours a day at school; therefore, schools represent an important location for the study of the effects of pollution on children.

Our review of the available scientific literature has also shown that exposure levels at school do have a significant effect on children’s cognitive development.

At The University of Manchester, our modelling exercise showed that if we can reduce pollution in and around schools by 20 percent, then children’s working memory (a key feature of cognitive development) will improve by an additional 6 percent (equivalent to an extra 3 weeks of learning in a 12-month period).

If we can reduce pollution by 50 percent, children’s working memory will improve similar to an extra 7 weeks of learning in a 12-month period.

The best way to reduce traffic-related air pollution around schools is to reduce the number of people driving to schools to drop off and collect children. Cutting the number of car journeys will reduce both exhaust emissions and emissions from tyre wear.

We recommend that parents and children should be encouraged and supported to find active modes of transport for school journeys, such as walking or cycling.

Active transport has a double impact as it improves brain and cognitive development in children and has a direct positive impact on physical and mental health for both parents and children. These benefits should be used by local authorities to promote uptake of active transport.

Dr Luke Munford is lecturer in health economics at The University of Manchester.