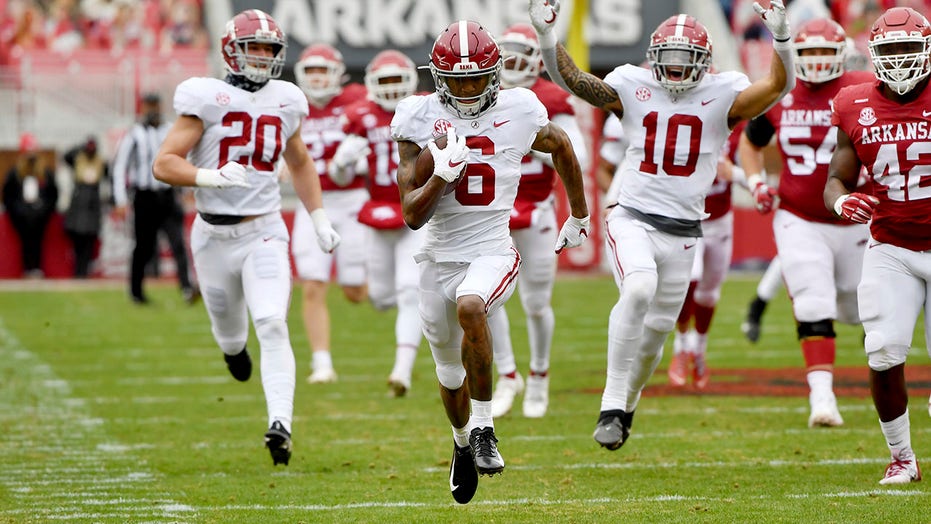 Alabama, Notre Dame, Clemson, and Ohio State are once again in a class of their own.

The four college football programs are the top teams heading into championship weekend, and they are primed to make the College Football Playoff. On Tuesday night, the top five teams found themselves in their respective poll places for the fourth straight week.

Texas A&M rounds out the top five and will host Tennessee in its final regular-season game of the year on Saturday.

Assuming all of the favorites win this upcoming weekend, it’s highly likely that the current top four will remain intact, but the teams could be rearranged heading into the CFP semifinals.

However, if Notre Dame manages to beat Clemson a second time this season, the committee will have a difficult time keeping the Tigers in the top four. The first time Notre Dame and Clemson played each other, Clemson quarterback Trevor Lawrence missed the game due to testing positive for the coronavirus.

No team with two losses has ever made the playoff.

The semifinals are set to be played on Jan. 1 at the Rose Bowl in Pasadena, California, and the Sugar Bowl in New Orleans.

The current COVID-19 restrictions in California will prohibit the Rose Bowl from having any fans in attendance, including family members of the players.

“As we move forward with our planning, we continue to hope that the Rose Bowl’s appeal to government officials to allow the families of student-athletes to attend will be permitted, just as student-athlete families will be welcomed at the Sugar Bowl, the other New Years’ Six games and the Championship game in Miami," Hancock said in a statement.

During a conference call with reporters Tuesday night, Hancock declined to say if the game would be moved out of California if the restriction was not lifted.

“Given the realities of 2020, we always reserve the right to make decisions as late as possible,” he said.