Alex Rodriguez hits the Hamptons party circuit — but keeps to himself

Surrounded by a ‘bevy of beauties,’ A-Rod chills with Jay-Z

Alex Rodriguez and “NFL on CBS” broadcaster Melanie Collins are just friends despite online speculation that the sideline reporter could be the former slugger’s new main squeeze.

Sources exclusively tell Page Six the pair, who were recently spotted at a luxe lunch in St. Tropez, were introduced through their mutual pals Jessie James Decker and her husband, Eric Decker. The country music star and former NFL player are also vacationing in the area.

A source also told us that Collins — as well as the Deckers — are expected to be among about 50 guests at Rodriguez’s 46th birthday party on Tuesday night. We hear the bash will be on A-Rod’s boat, as well as at another venue on land.

“Alex has been hanging with friends and family on the trip, including Eric and Jessie James Decker. Melanie is good friends with them,” a source told us. “They’re all friends and she’ll be at his party.”

Images on Instagram showed Rodriguez sitting next to Collins — who is also a Golf Channel host — at a group lunch. 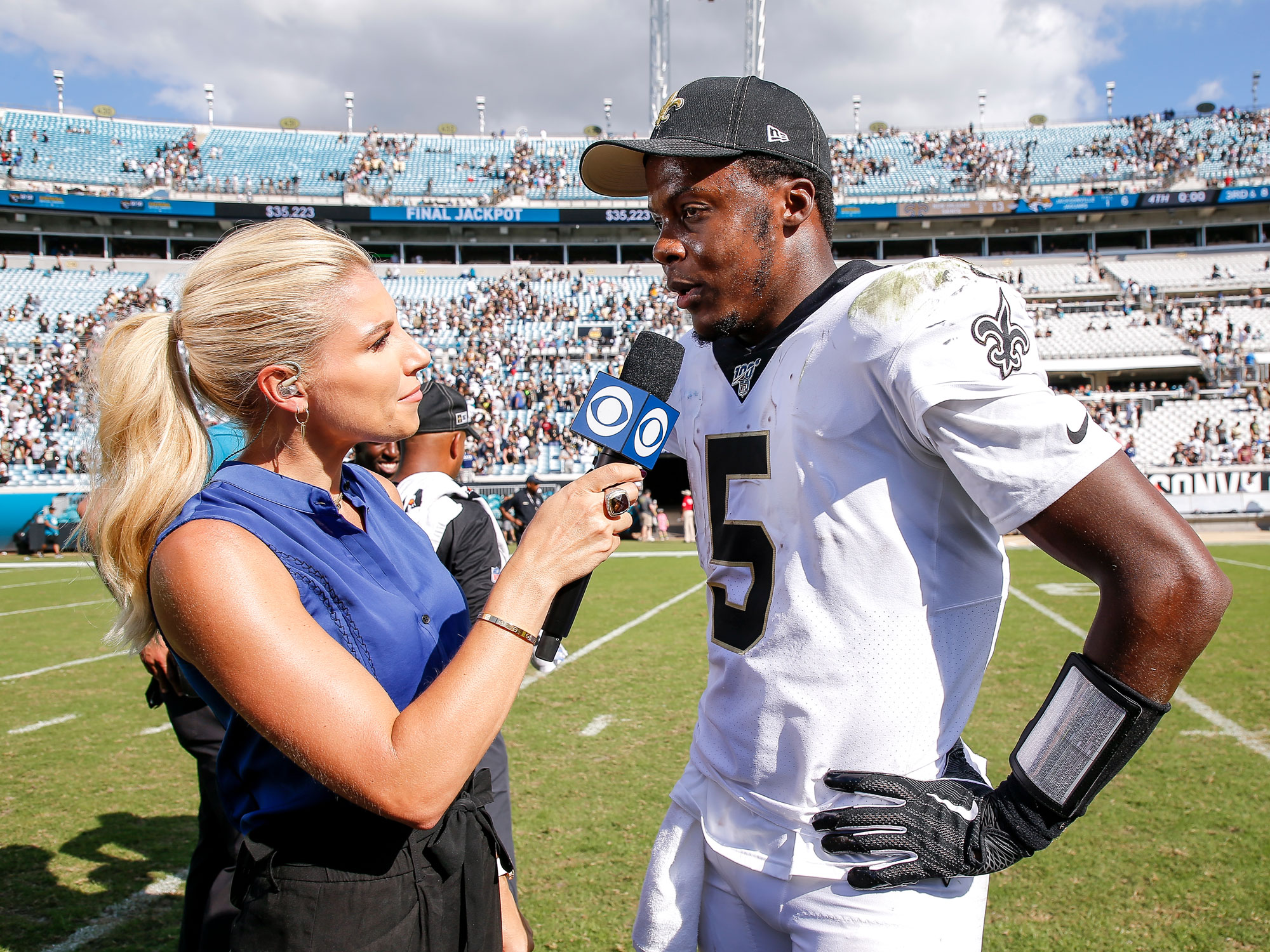 But their interaction seemed to be business as usual: In one shot, the duo looks to be having a friendly chat, while in another, she was checking her phone as A-Rod looked away to talk to another guest.

Page Six previously reported that Rodriguez was spotted lunching with family members last week in Portofino, Italy, before boarding a yacht to sail off for a two-week vacation to the French Riviera and Ibiza. 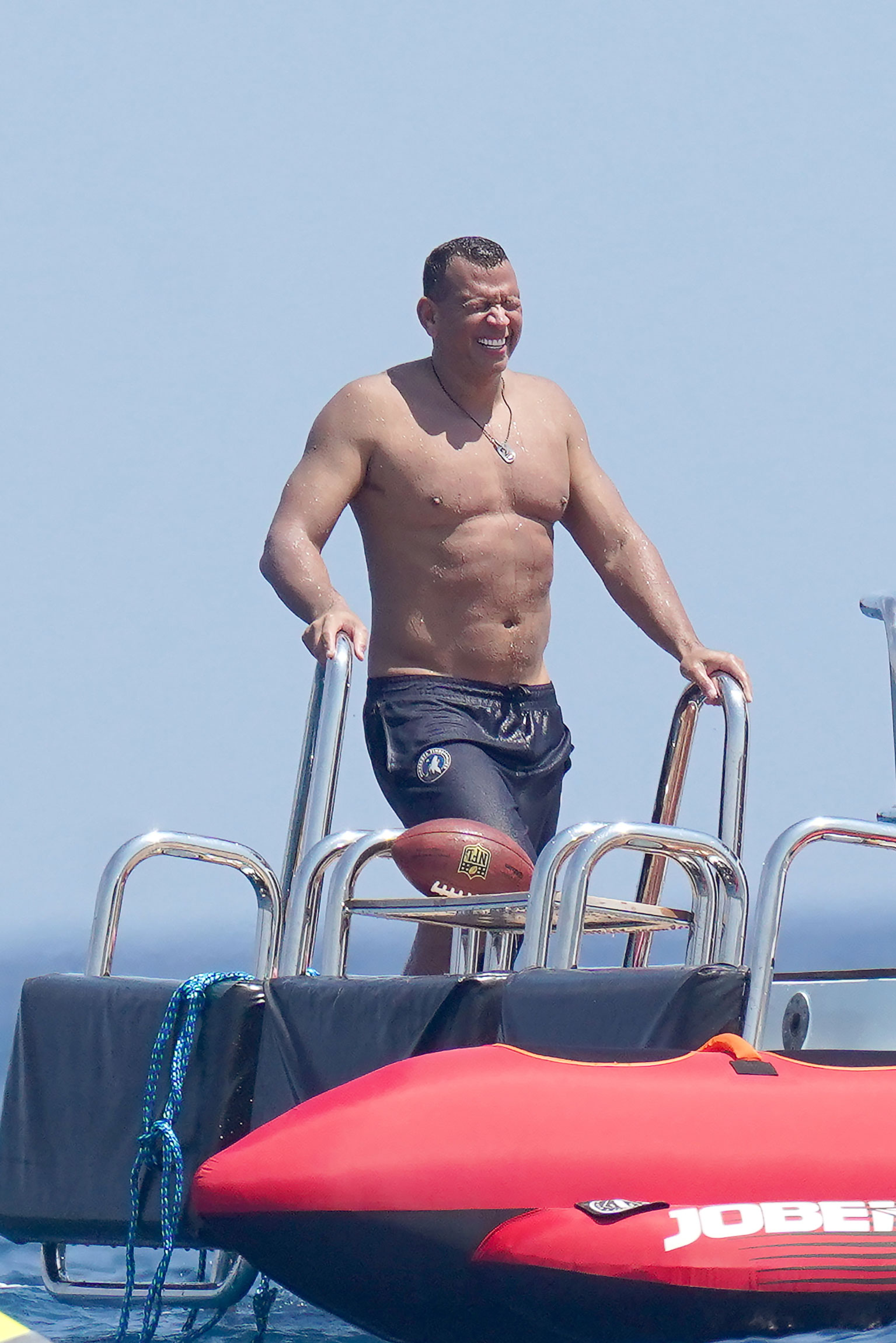 Rodriguez’s ex, Jennifer Lopez, is also floating around in St. Tropez on her own vessel with her new beau, Ben Affleck. J.Lo posted pics on Instagram showing the couple kissing, after playing coy about publicly addressing the relationship.

There has been heated speculation about A-Rod’s love life since his split from J.Lo and her moving on with Affleck. Page Six reported he was seen on his yacht surrounded by women clad in bikinis, and tips have been burbling about other potential love interests. But so far, pals say the star has been focusing on having fun with his family and on celebrating recently becoming an NBA owner.

Collins has posted pics to Instagram Stories of the Deckers kissing on a yacht, while the pals vacation together in France. 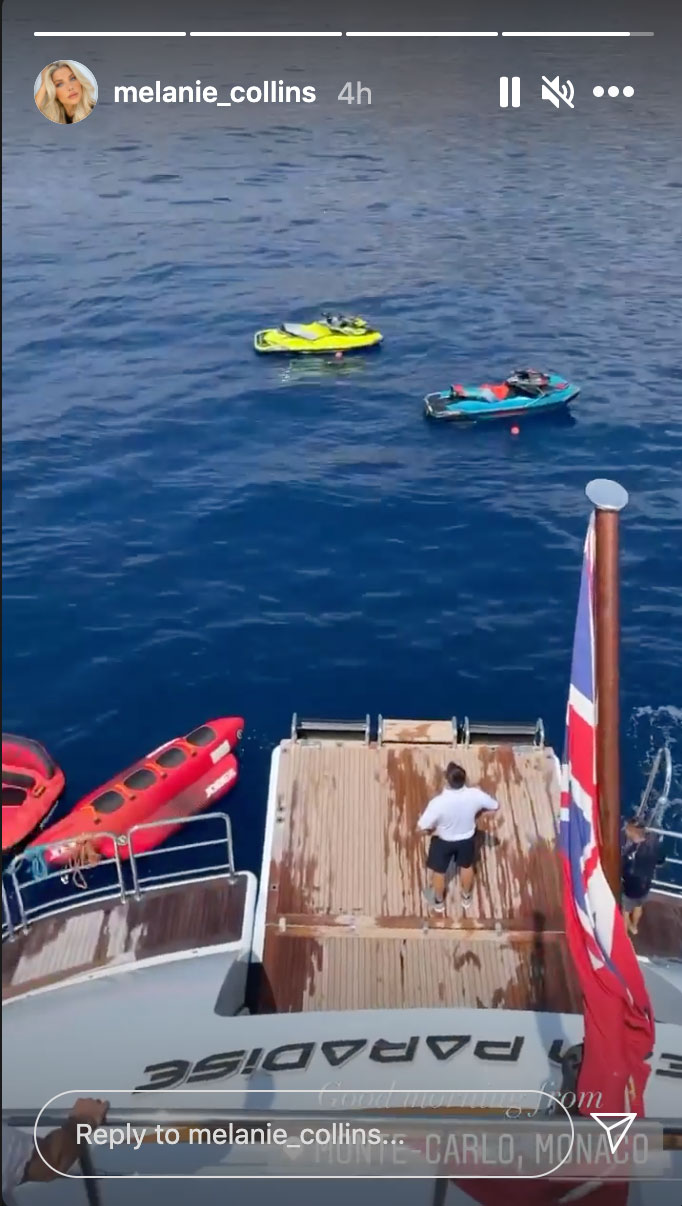 According to social media, Collins has seemingly been previously linked to NHL player James Neal. But the duo has not posted images of each other on Instagram since 2017.

Reps for Collins and “NFL on CBS” did not get back to us, and a rep for Rodriguez had no comment.