FORMER Real Madrid vice-president Amador Suarez has become the second ex-executive of the Spanish giants to die from coronavirus.

At the age of 76, the fisheries mogul lost his 41-day fight with the illness on Tuesday. 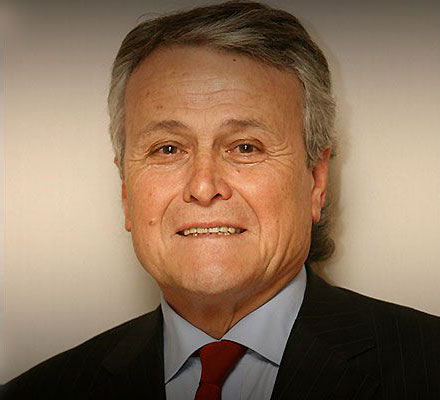 Real Madrid won two LaLiga titles during his years under Ramon Calderon as club vice-president from 2007 to 2009, having first taken the role on an interim basis in 2006.

The likes of Raul, Roberto Carlos and Ruud van Nistelrooy starred for Los Blancos in a period that featured memorable Clasico wins over an ailing Barcelona.

To date, 25,613 people are confirmed to have died from coronavirus in Spain with over 250,000 cases detected across one of the regions worst-affected by the pandemic.

A Real statement released following Suarez's death led the tributes to the life of a businessman who first signed up for Los Blancos in 1964.

It read: “Real Madrid and its Board of Directors deeply regrets the death of Amador Suarez, a club executive from 2006 and vice-president between 2007 and 2009.

“The club expresses its condolences and its affection for his family and loved ones.

“While he was a Real Madrid executive, the club won two football leagues, a Supercopa de Espana, a basketball league and a ULBE Cup.

“Amador Suarez had been a Real Madrid member for the past 33 years and he died aged 76 as a result of coronavirus.”