AN AMERICAN has gone viral for his outraged review of a British beach.

Nick Alexander, from Miami, visited Weston-Super-Mare and was shocked to find that it was nothing like the white sandy beaches of Florida. 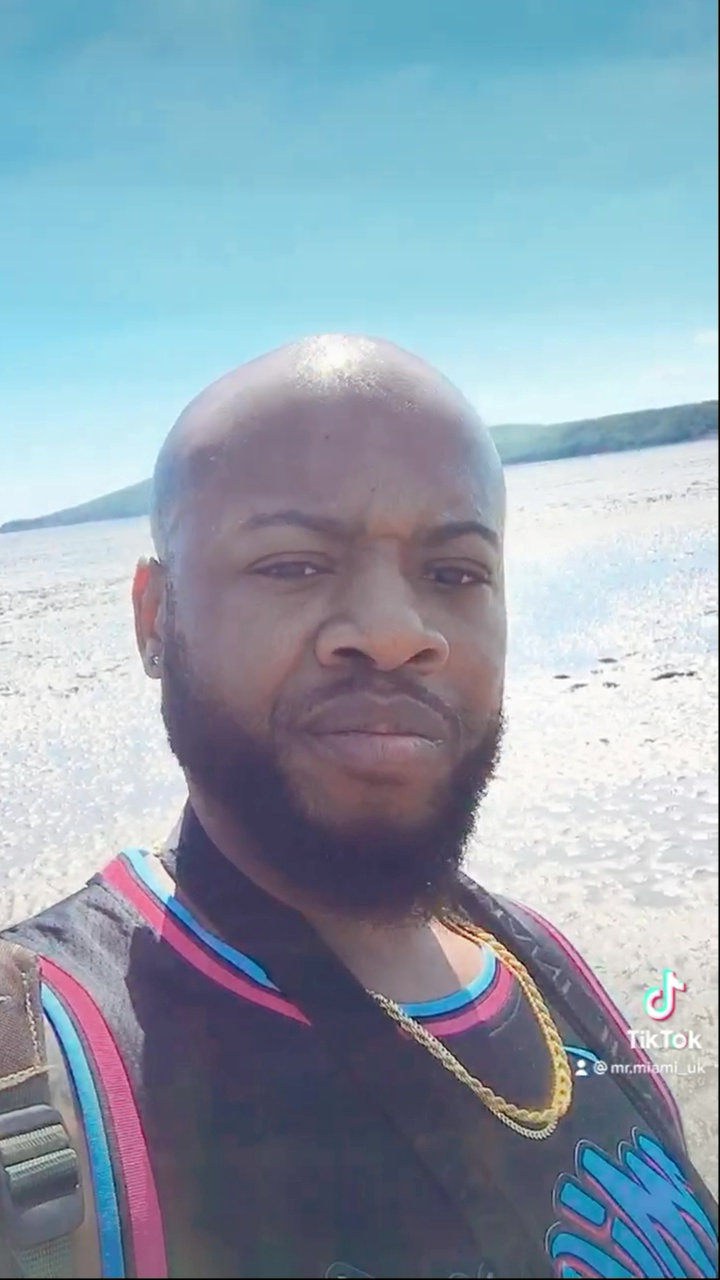 Nick Alexander, or 'Mr Miami UK', travelled with friends to Somerset to the famously long beach that is covered in thick mud.

Nick, who expected the picture-perfect coastline of Miami, where he's from, documented his unhappy experience on video sharing app TikTok on June 13.

Those videos, one of which is entitled 'Weston Super Mud – Don't Go There' went viral, racking up nearly 100,000 views and thousands of likes.

They also attracted many heated comments from Bristol locals.

Nick said: "I thought 'where's the water?' "Once I spotted where the water was I thought it was going to be an easy walk to get there.

"My friend had some family there already and they said you're not going to make it to the water but I thought they were just being lazy.

"I didn't expect the mud was going to come up to my knees – my crocs got completely obliterated so I had to take them off and had to go in my toes.

"My feet are smooth though. The mud part was fun but not getting to the water was devastating."

Under his first video on TikTok account @mr.miami_uk, that he posted, Nick started receiving comments referring to the seaside town as "Weston-Super-Mud".

He said: "On the way back one of my friends saw a sign saying 'we have quick sinking sand' and we had no idea, "When we walked I saw people with kids – I was like, oh my God, people are taking the risk with their children!"

Nick and his TikTok-er friends, Cleopatra Harvey, 24, Alliyah Shearer, 22 and Shanae Williams, 15, were determined to go for a dip in the sea, but when they started their pilgrimage, they realised they weren't fully prepared. 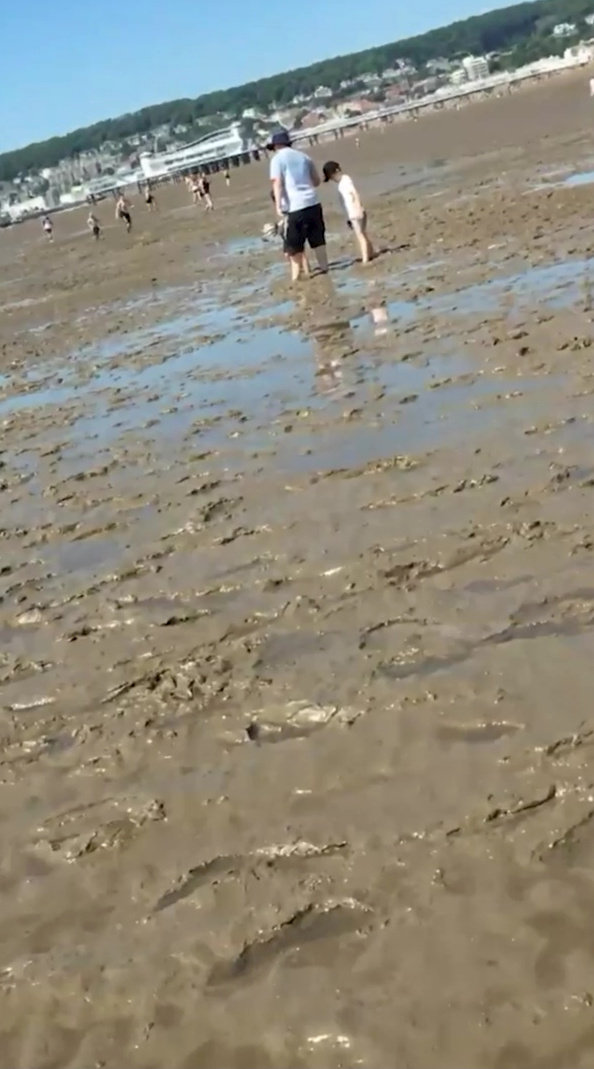 He said: "The people who were at the beach looked like 15 ants because that's how far away they were.

"I don't even think I made it a quarter of the way there."

Nick's mum is from Wolverhampton and moved to Miami, where Nick is from, but he moved back to study International Business Management at Wolverhampton University. 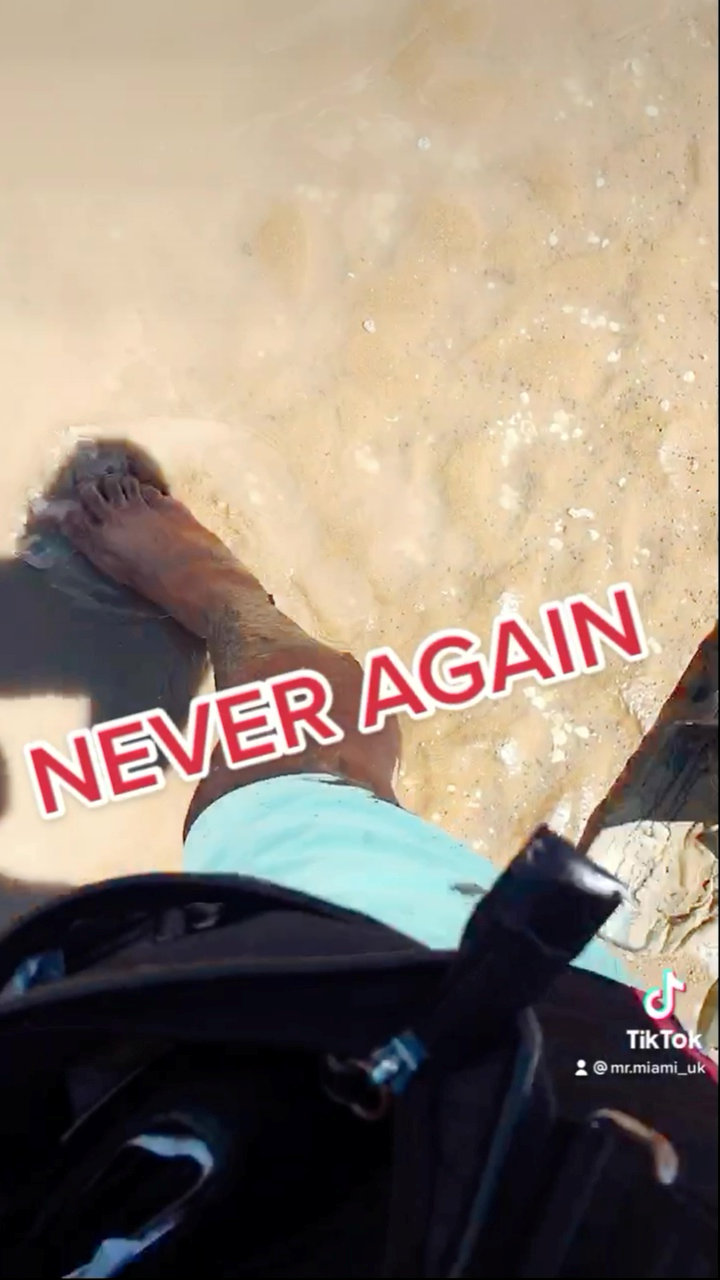 The student said: "I'm from Miami so I've been getting some flack in the comments saying I should've checked the tide, I didn't know water could go away!

"I don't know who checked when I was a kid I've never shown up to the beach and the water was four miles away – from now on I'll be checking the tide."

The group also visited the fair on the prom and had a go on some of the rides.

The Wolverhampton-based influencer said: "I looked at the beach upside down from the air and felt closer to the water – that was pretty cool."

One one video, he added: "The thing about these little rollercoasters is you feel like you're going to die the entire time, because you might just fall off."

He also sampled traditional British cuisine of fish and chips, but was shocked about the presence of the skin on his meal.

Chef and music manager Nick, who has over 116,000 followers on social media, was also surprised by the presence of sunbathers on a beach where the sea is so far away.

He added: "The fact that people actually didn't go to the beach to go swimming and just to lay in the sun I thought that was crazy, how do you cool off?