ANDREW DOYLE: Why cutting marks for bad spelling is elitist

As universities are told cutting marks for bad spelling is elitist, author and comedian ANDREW DOYLE argues this insidious culture of low educational expectations is insulting, patronising and racist 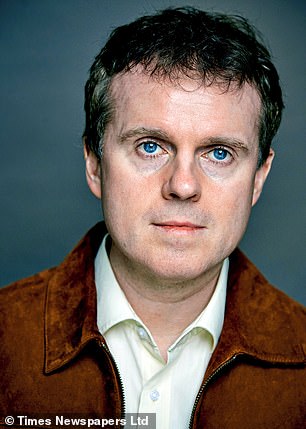 Comedian Andrew Doyle, pictured, described a decision to avoid penalising students for poor spelling and bad grammar as ‘patronising in the extreme’

When I read that demands for rigorous standards of written English are racist, sexist and discriminatory, my first instinct was to laugh.

Proficient use of the language can be seen as ‘homogenous, North European, white, male and elite’, according to the University of Hull, and might discourage students from poor or minority backgrounds from developing an ‘authentic’ voice.

As The Mail on Sunday revealed last week, this is not the only British university to embrace the cause of low standards. Staff at the University of the Arts London have been instructed to ‘actively accept spelling, grammar or other language mistakes’ in the name of ‘inclusive assessment’.

They are even supported by a Government regulator, the Office for Students, which is urging academics to avoid penalising students for poor spelling and bad grammar.

All this might seem dangerously close to parody, but the Office for Students is a body that is meant to act as a guardian of higher education, not an agent of its destruction. And the proper response is not laughter – but anger.

Why would we hold poor or minority students to lower standards than their peers? Why would we ask teachers or lecturers to base their judgments on the colour of a child’s skin? It is patronising in the extreme to suggest that only white people are capable of proficient written English. In any case, it is simply not true. And it can only serve to damage the chances of the very people who most need what schools and universities have to offer.

Our shared language is at the heart of everything, acting as a level playing field that gives all of us a chance to take part on equal terms.

As a comedian I have always poked fun at those with political power, but in recent years my targets have been disciples of a new religion, one that is dangerously obsessed with race, gender and sexuality. Never mind mere politicians, in the current climate it is the high priests of ‘social justice’ who are the most powerful in society.

They preside over an ideology that has been propagated by activists, commentators and, perhaps most significantly, academics. They might be small in number, but their cultural influence is huge. 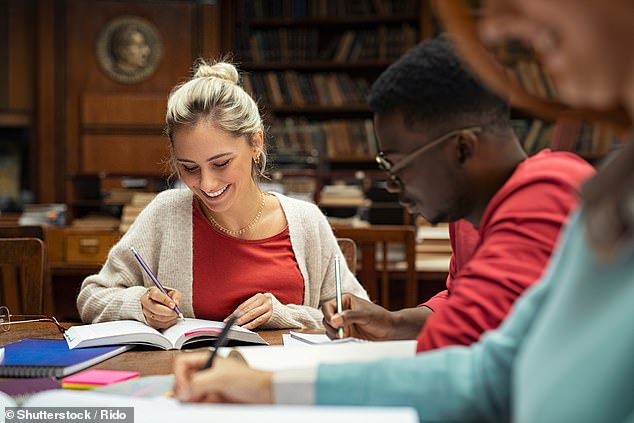 Why would we hold poor or minority students to lower standards than their peers? Why would we ask teachers or lecturers to base their judgments on the colour of a child’s skin?

It’s a deeply worrying development and a confusing one. Everyone can see there is a concerted attack on our language and culture by those who control our major institutions, but few understand why it is happening.

Fewer still are taking the threat seriously, and that includes the bizarre proposition that accurate written English is a sign of white supremacy. Proponents include Pran Patel, a prominent campaigner for ‘decolonisation of the curriculum’, who tweeted: ‘The more I think about it the more I believe teaching standard English is racist.’

Insane as such views might sound, however, they are echoed by many of the country’s leading educational authorities. The truth is we can ignore them for only so long before these zealots cause irreparable damage to our society.

In their world, it is outcomes that must be equal, not opportunities. Any differences in exam results or employment, for example, must be evidence of institutional discrimination. And that means waging war on one institution after another.

Yes, there is something badly wrong in a system that makes it easier for a select few in society to realise their potential than the great majority. But, rather than raise standards, the proponents of ‘inclusive assessment’ want to see them lowered across the board. They are the crabs in the bucket, pulling everyone back down if they dare to reach for the top.

The unending obsession with identity has its origins in America, of course, where schools routinely force staff to attend training sessions where they are told that all white people are ‘complicit’ and all black people are victims whether they know it or not.

Thanks to these dangerous ideas, it is now acceptable to make sweeping prejudgments about people based on ethnicity, blind to the common humanity that unites us all.

It is a philosophy that explicitly rejects the premise of Martin Luther King’s dream of a future in which people will ‘not be judged by the colour of their skin but by the content of their character’. 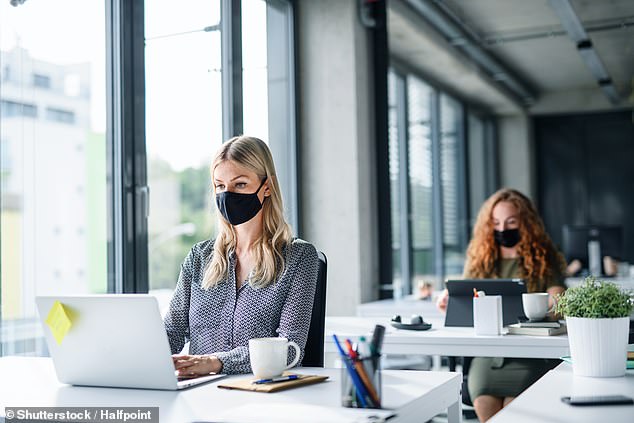 Thanks to these dangerous ideas, it is now acceptable to make sweeping prejudgments about people based on ethnicity, blind to the common humanity that unites us all

Take, for example, the guidelines issued by the Smithsonian’s National Museum of African American History and Culture last year, which claimed that ‘white culture’ is defined by (among other things) independence, rational thought, hard work, respect for authority and politeness.

According to the Smithsonian’s guide, even the tradition of the ‘King’s English’ was a Trojan horse for white supremacy.

Many black people were naturally outraged at the implication that such positive traits were alien to them. Yet this sort of offensive generalisation now carries the approval of President Joe Biden, the US government and an American media in thrall to the woke agenda.

It is, in other words, a rebranded form of racism, which many in the US are now calling ‘neo-racism’.

The end point of such a destructive philosophy is segregation. In January, the elite Brentwood School in California arranged racially segregated ‘dialogue sessions’ with parents and teachers. This is what happens when schools start to embrace different standards for pupils according to their skin tone and background.

What used to be fringe academic interests – such as ‘Critical Race Theory’ and ‘Whiteness Studies’ – have exploded into the mainstream since the killing of George Floyd and the subsequent Black Lives Matter protests.

Yet the impact has only been to exacerbate racial tensions and set back the cause of true equality by decades. And this is the context in which the dangerous proposals from the Office for Students need to be understood.

Nor do such measures help when it comes to closing gaps in attainment. If anything, they make life harder for the very people they are trying to support.

How will a policy of ‘inclusive assessment’ help disadvantaged pupils in a competitive job market? In any case, the idea that ethnic-minority pupils are at a disadvantage in our educational system has already been debunked.

The Government’s recent Commission on Race and Ethnic Disparities found that pupils from ethnic-minority groups consistently outperformed their white peers, with the exception of those from black Caribbean backgrounds.

Throughout history and across cultures, the powerful have tried to keep the lower orders in a state of ignorance. In contrast, standards in written English do not perpetuate elitism, they act as a guarantee against it.

There is a good reason why the Catholic Church resisted translating the Bible from Latin into English for so long. Those in power are threatened when their subjects start thinking for themselves.

We must do everything we can to make sure that all citizens enjoy the same opportunities, but this cannot be achieved by setting the bar so low that anybody can step over it with ease.

After all, what could be more elitist than assuming that pupils from certain ethnic or social groups are incapable of mastering written English? Or that a black pupil cannot possibly hope to grasp the power of Shakespeare’s plays?

This is not only offensive to the children in question, it is indicative of a growing malaise.

Young people love to be challenged, irrespective of their background. Let’s not give up on those who struggle just yet.

Let’s not blight their futures with the bigotry of low expectations which is, to call it by another name, just racism.