Android smartphone owners could soon get the option to send simple replies to messages thanks to a new feature being launched by Google. The new reaction style update was first spotted earlier this year but it appears this change has now begun rolling out across the world in beta version of the Android messaging app.

This upgrade brings Android in line with the iPhone with users of Apple’s smartphone already able to respond to a message with six instant reactions such as a love heart, thumbs up or question mark.

Apple rolled out this feature back in 2016 and it’s proven to be a hugely popular addition to its Messages platform.

There’s no official word on when everyone will see the new Android feature but Android Police is stating that it is rolling out more widely to beta testers which could mean a mainstream release isn’t far away. 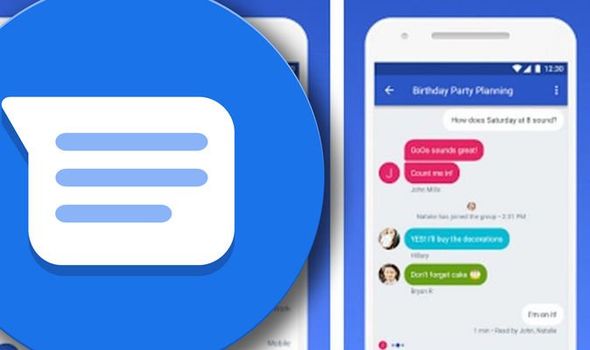 The Mountain View firm sees RCS as the next-generation of communication that advances traditional SMS by allowing conversations over Wi-Fi or mobile data and to send photos and videos at a more rapid pace.

In a blog post discussing the feature, the Mountain View firm said: “Earlier this year, we enabled the ability for anyone in the UK, France, and Mexico to get chat features in Messages and we’ll continue to work on bringing this to everyone on Messages around the world.

“We’re also committed to working with our partners, including carriers and device makers, to provide a consistent and interoperable experience for everyone on Android.”

It’s possible that Google was going to announce more news on this upgrade during its I/O developers conference but with that event cancelled due to the current health crisis it could be a firm reveals more, via a news alert, in the weeks ahead.

In its place, Google will be holding a live stream that will lift the lid on what Android fans can expect of the next iteration of the mobile OS.

On June 3 a stream will be held that announces the first public beta for Android 11, and the broadcast should give a rundown of all of that software’s big features.

Google said the stream will have “news, updates, and announcements” on “connectivity, controls, safety, security, productivity, accessibility” and more.

The date of the stream is also when the first public beta for Android 11 goes live, offering everyday users the chance to get an early taster of it ahead of release.

This will be followed by two further betas for Android 11 in July and August in the run-up to the software’s full rollout in Q3 2020.