A video captures the ‘incredible’ moment that an angry motorist ploughs through a series of bollards marking out a cycle lane on Brighton’s sea front.

The unnamed driver is heard ranting about ‘s****y bike lanes’ before he gives the slim bollards – known as wands – on the lane’s edge ‘a proper little battering’.

However, his actions see his own wing mirror wrecked in the process as he drives at force into the wands – and films himself crashing into them while on his mobile phone.

The expletive-filled clip was shared on Facebook by Julie Dawes, and spotted by broadcaster Jeremy Vine, who then posted the clip to his 760,000 Twitter followers. 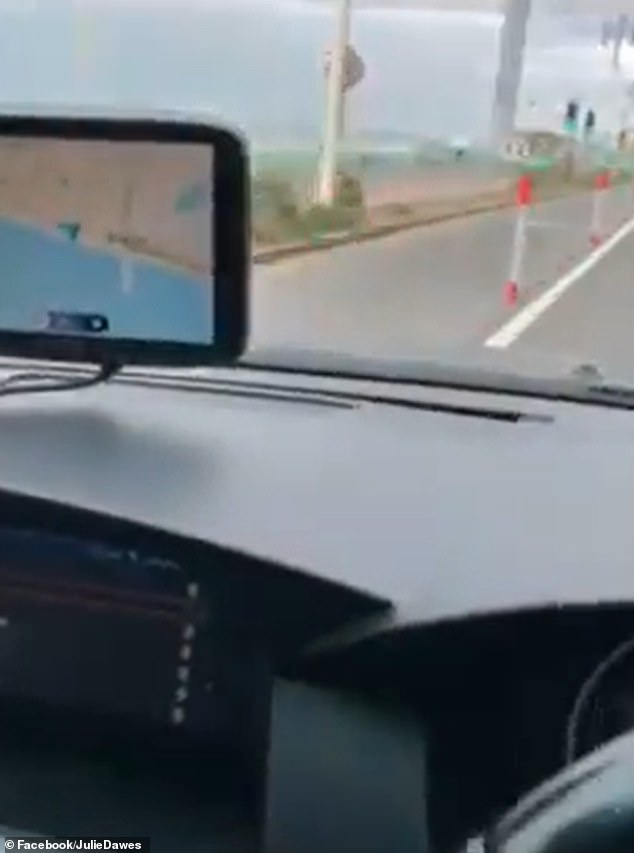 ‘Incredible’ clip, shared by broadcaster Jeremy Vine, shows motorist’s fury at bollards marking out a cycle lane – as he proceeds to mow them down 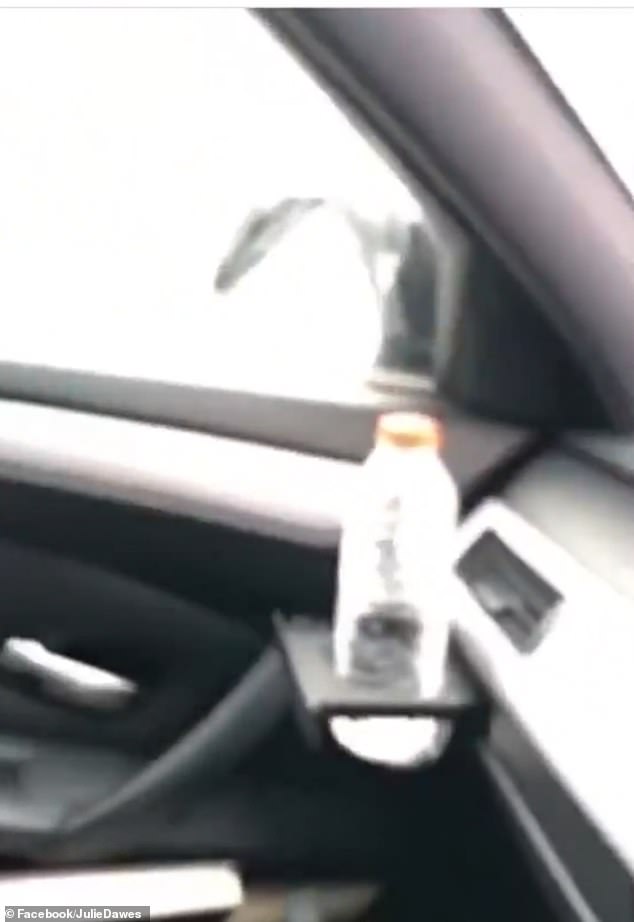 The initial clip, posted by someone who clearly agrees with the driver’s view, is captioned: ‘Someone very close to me is a very bad boy…we really don’t need another cycling lane…or the Green Party to be voted in again’.

Cycling fan Vine’s tweet about the incident, which has been seen 22,000 times since he posted it on Tuesday morning, read: ‘From Brighton – posted to Facebook by someone who sympathises with the driver.

‘He knocks down the wands because he doesn’t like the cycle lane. And then loses his wing mirror. Incredible.’

The video is filled with swearing as the motorist calls the cycle lanes ‘a f****** load of b*******’ and his car can be heard thumping at speed against the bollards as he follows a silver fan in a line of traffic next to the sea.

The clip ends with the man laughing: ‘Oops, I’ve knocked my wing mirror off, knocked that right off’. 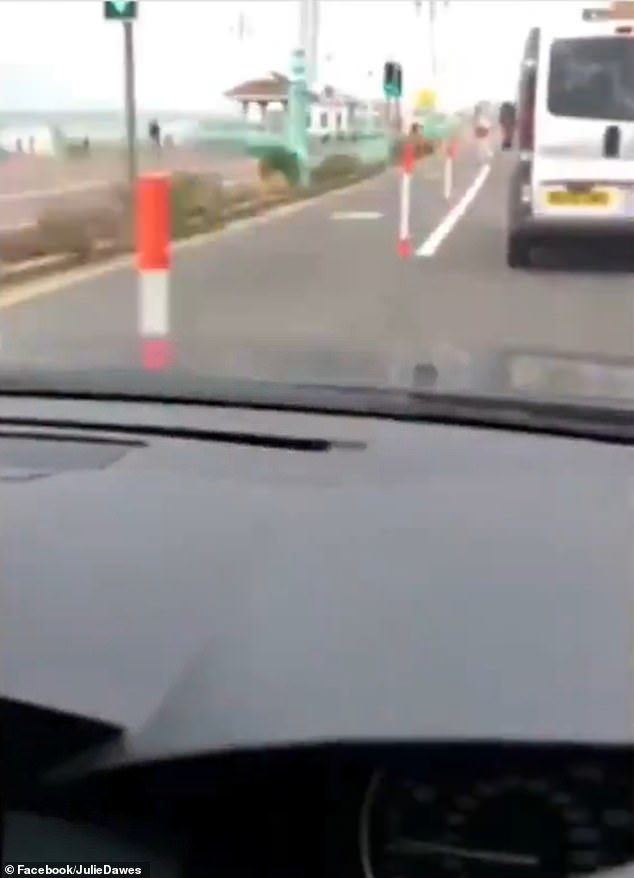 Angry driver, thought to be from Brighton, is heard venting his fury against the ‘s****y bike lane’, saying he’s giving the lane ‘a proper little battering’

Many suggested that the man’s actions should be reported, for numerous offences including filming on a mobile phone while driving his vehicle.

Sussex Police confirmed that they have been made aware of the incident and are dealing with it.

The video has divided social media though, with plenty agreeing with the sentiment, if not the action, that the cycle lane shouldn’t be there.

@Prettytwitten wrote: ‘The cycle lane completely cuts off disabled access. As in London it’s poorly thought out and unnecessary.

‘Clogging up roads with car engines idling as they’re stuck in traffic, and adding over half an hour to bus journeys is hardly helping the economy or the environment, is it?’

@Gtc1Co wrote: ‘Waste of money ! Want to ride ur bike on the road to work? Pay a bike tax. Why should the motorist just pay tax (before all the keyboard warriors kick in), I am a biker. But keep it for the park or forest.’