Talking about your own experiences with mental illness can be deeply complicated as a public figure: It involves not only divulging some really vulnerable and personal parts of your story but also doing your best to dispel misconceptions and stigmas that are so often internalized by our culture. As she shared her own experiences since being diagnosed with Dissociative Identity Disorder (DID), AnnaLynn McCord says she’s hoping being honest and open about her condition can help combat the culture of shame around the extremely misunderstood condition. 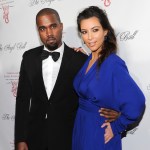 In a conversation with Daniel Amen, a psychiatrist and founder of Amen Clinics, McCord said: “I am absolutely uninterested in shame. There is nothing about my journey that I invite shame into anymore, and that’s how we get to the point where we can articulate the nature of these pervasive traumas and stuff, as horrible as they are.”

Per the American Psychiatric Association (APA), Dissociative Identity Disorder is a condition in which two or more distinct identities (or “personality states”) develop in one person, with these identities bringing out changes in behavior, memory and thinking. People with this disorder can often have ongoing memory gaps from their day-to-day life, their personal information or a traumatic incident.

“Associated with overwhelming experiences, traumatic events and/or abuse that occurred in childhood, Dissociative identity disorder was previously referred to as multiple personality disorder,” per the APA.

For McCord, she said her experience being sexually assaulted when she was 18 helped her come to terms with previous sexual abuse she dealt with as a child: “I don’t have anything until around 5. Then from 5 to 11, I recount incidents throughout,” she said. “Then when I was 13, I have a singled-out memory that was one thing, but I don’t have the sense of anything else at that time.”

She goes on to talk about how her work as an actress interacted with her other personalities (often known as “splits” or “alters” colloquially):”My doctor—it’s a massive spectrum obviously, right—but she said that I had it pretty seriously. And my splits before my memories came back, I had definitive splits. In my history, you’ll see me, you know, I just show up with a black wig and a new personality and I was this tough little baddie and then I’d be the bohemian flower child. And also being an actress, my ability to split, all of my roles were splits.”

Yet, she hopes, ultimately to share her story to help people better understand the diagnosis — not as something sensationalized in popular media, but as a piece of the larger narrative around trauma responses and mental health.

“For me, my heart is to change this narrative around the behaviors that follow trauma,” the actress explained, “and not treating someone, or responding to someone or judging someone for their actions but asking, ‘What happened to you? Like, how did we get here?’”

If you or someone you know has been the victim of sexual assault, harassment or violence, you can get help. To speak with someone who is trained to help with these situations, call the National Sexual Assault Hotline at 800.656.HOPE (4673) or chat online at online.rainn.org.

Before you go, check out our favorite mental health apps for giving your brain some extra love: