ANTHONY JOSHUA was captured having a touch spar with local lads after finishing his own session.

The WBA, IBF and WBO champion, 30, was filmed having a down to earth moment with some fans outside the Finchley Amateur Boxing club. 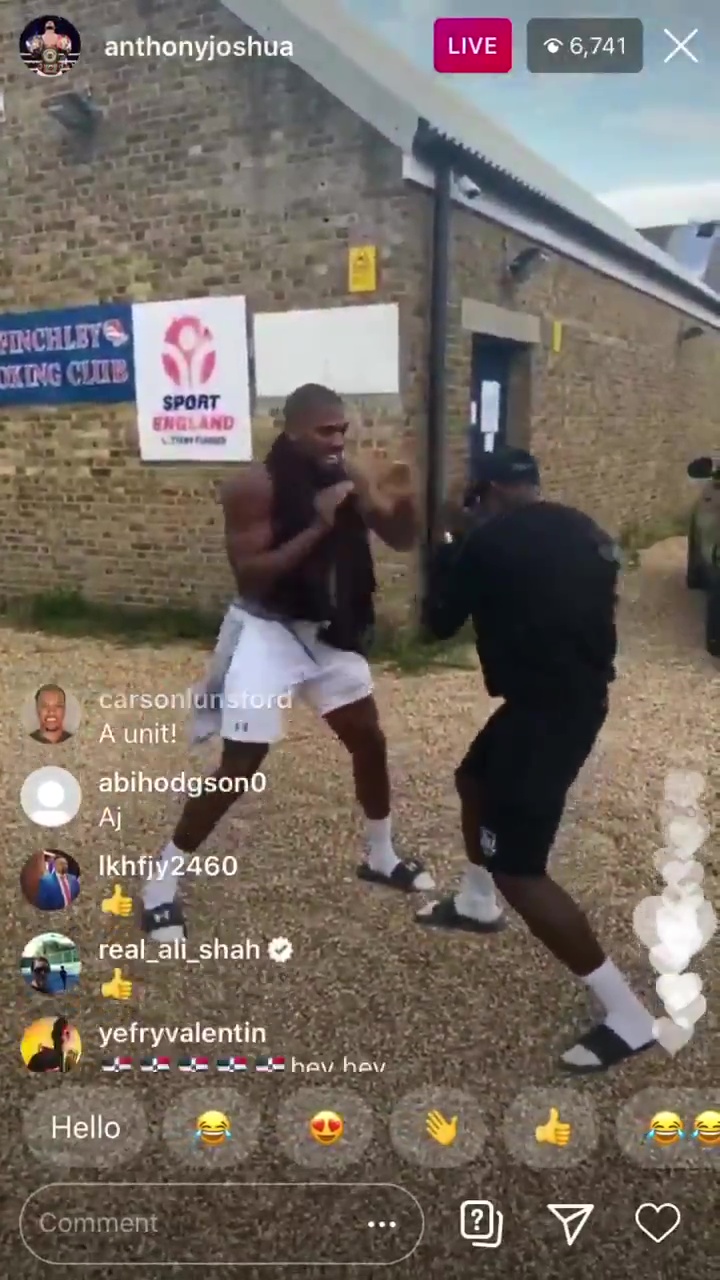 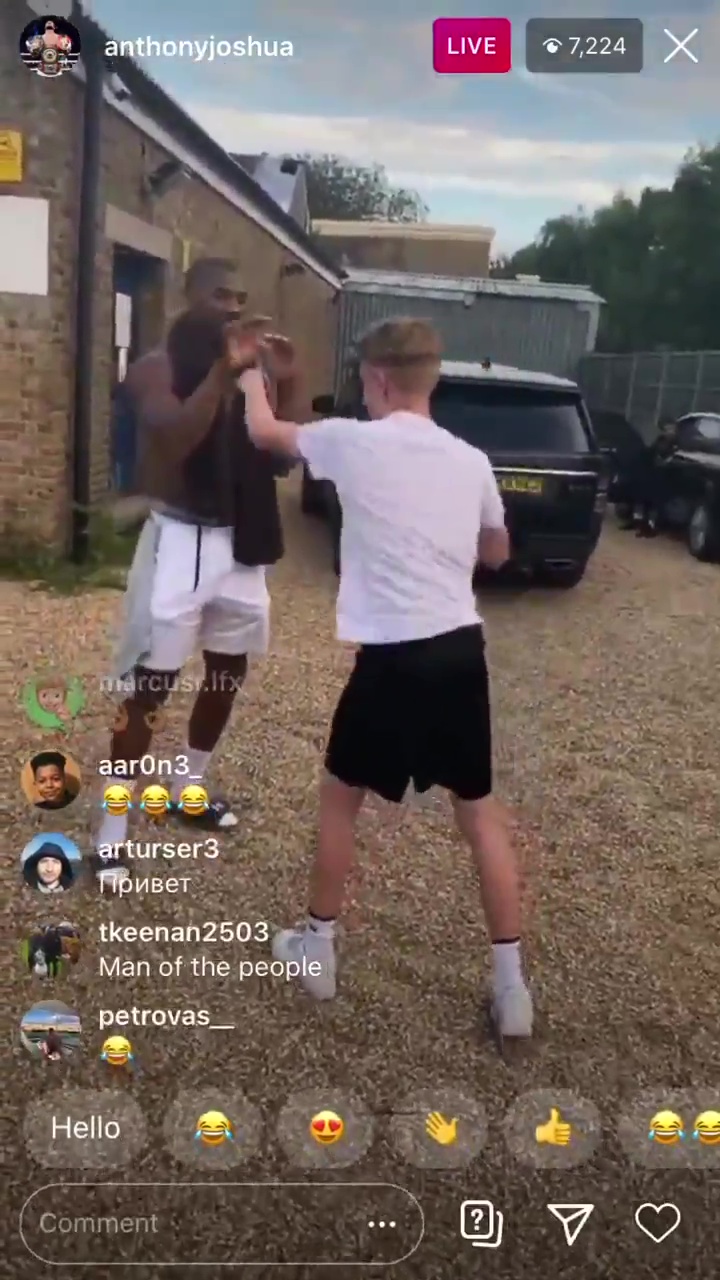 AJ, who is preparing to face 39-year-old Bulgarian Kubrat Pulev, enjoys some shadow boxing with one supporter.

He then held his hands up mimicking pads for another, who received a lesson on combination punching from the heavyweight.

Joshua's IBF mandatory defence against Pulev was initially set for June but later faced the axe amid the coronavirus pandemic.

Promoter Eddie Hearn now hopes to reschedule the title fight for November, with a reduced crowd at the O2 Arena.

AJ has not boxed at the O2 since 2016, instead headlining at Wembley and the Principality Stadium.

He was on the road twice last year, first losing in a shock upset against Andy Ruiz Jr in New York last June before winning the rematch in Saudi Arabia six months later.

Joshua looks set to fight just once this year, but has already agreed a double header with WBC champion Tyson Fury, 31, in 2021.

The pair bumped into each other in Marbella as they holidayed, and told one another to avoid defeat in their next bouts.

Fury is signed to face Deontay Wilder, 34, for a third time, targeted for December.

Wilder was dominated in February by the Brit, twice being floored before losing in the seventh round.