FRANK LAMPARD is ready to give Antonio Rudiger another chance following an alleged ‘heart-to-heart’ between the pair.

The Chelsea boss left the German international out of six of the club’s opening seven matches of the campaign. 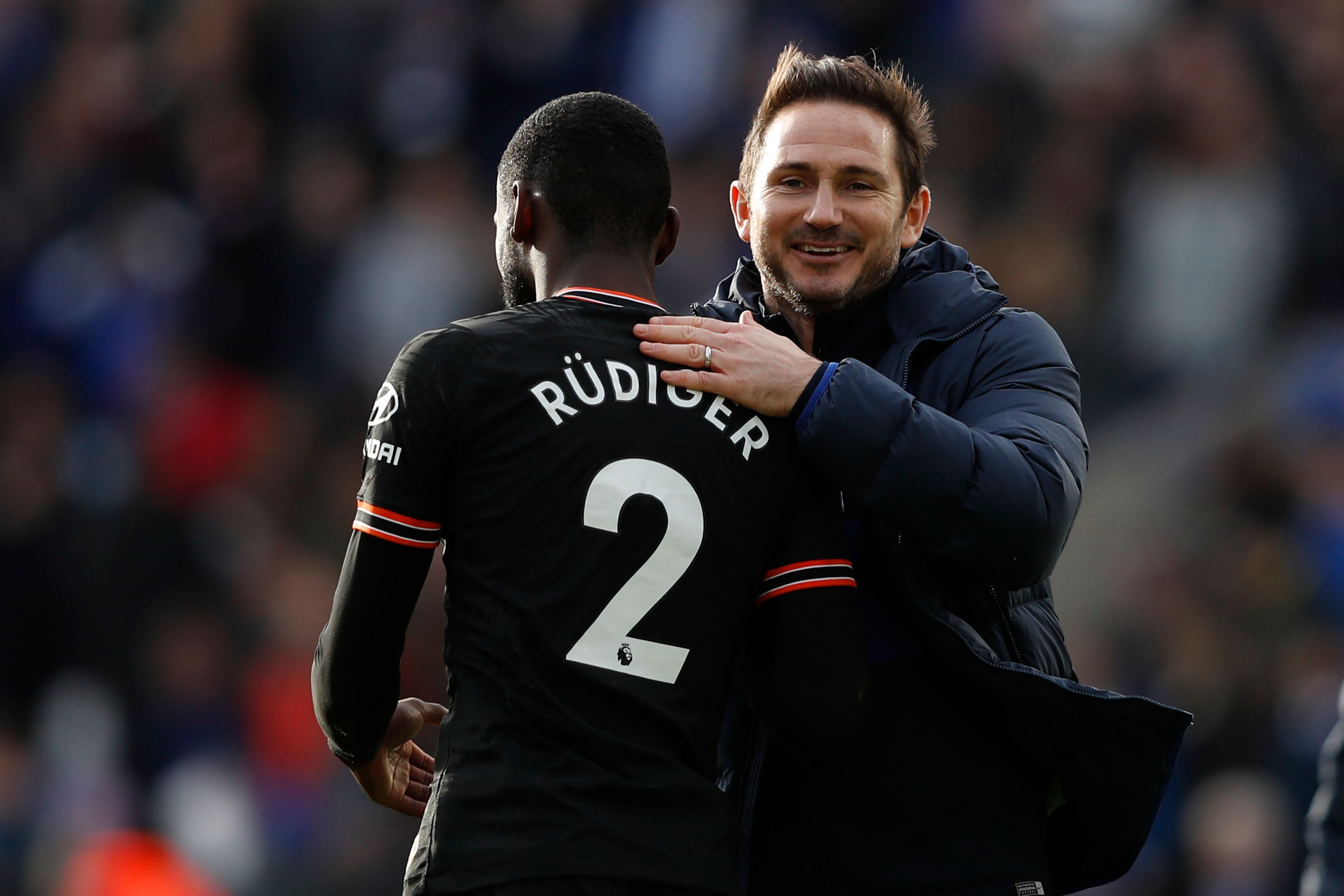 Defender Rudiger, 27, looked to be heading for the exit door in January as his days appeared to be numbered at Stamford Bridge.

Both Tottenham and Paris Saint-Germain were keen on signing the ace on loan.

However, the Daily Mail claims he and Blues boss Lampard have held talks in recent weeks.

Now Rudiger ‘will be involved in first-team matters with more regularity’ from now on.

There was no hint of a personal issue between Lampard and the ex-Stuttgart man.

The centre-back joined Chelsea in 2017 from Roma and has made 80 appearances in the Premier League.

He has won both the FA Cup and Europa League during his time at Stamford Bridge.

Rudiger has still not played a single minute for the Blues despite their sloppy defending.

But he was named on the bench for the goalless draw at Manchester United on Saturday.

And he is likely to be in the matchday squad again for Wednesday’s Champions League clash at Russian outfit Krasnodar.

The West London outfit then travel to Burnley on Sunday as they return to domestic action.