Apple agreed to hand over iCloud data belonging to a Seattle arson suspect believed to have used Molotov cocktails to set fire to a pair of police vehicles at the end of May – a change in tide from the tech behemoth’s unwillingness to do so in previous federal investigations, court papers show.

The Western District of Washington’s case against Kelly Jackson, an Edmonds man, was bolstered using data that Apple provided to investigators pursuant to a search warrant, which ultimately led to the 20-year-old’s arrest on Sept. 9, according to the criminal complaint that outlines the charges.

Jackson allegedly threw Molotov cocktails at two Seattle Police Department SUV’s during civil unrest on May 30. One of the two vehicles went up in flames and was “completely destroyed by the fire,” while the second was struck by the device, which then bounced off and landed on the sidewalk, the complaint states.

He was charged with two counts each of arson and unlawful possession of a destructive device, officials said. 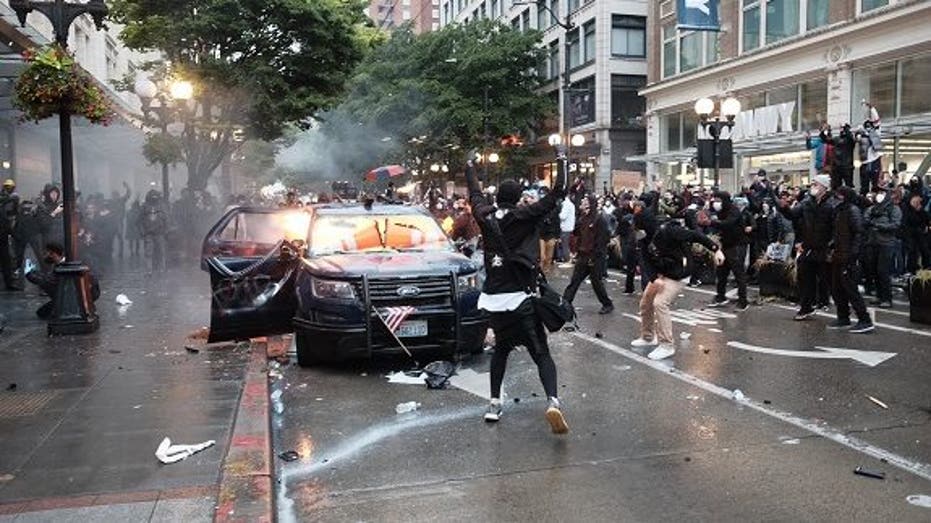 Photo shows suspect alleged to be Kelly Jackson at protest on May 30, 2020, with flaming police vehicle in background (U.S. Attorney’s Office Western District of Washington)

An anonymous person tipped investigators to Jackson’s alleged crimes, telling the FBI’s National Threat Center that Jackson – whom they identified by name – was caught on video, which the tipster had seen, “lighting a device and throwing it at a police vehicle,” the criminal complaint states.

“The anonymous reporter also states that they heard that Jackson had been bragging about his activities amongst his friends who attended the protest,” the court documents further alleged.

Jackson, who was previously arrested for resisting arrest, burglary and DUI, was seen in photographs appearing to celebrate immediately after tossing the Molotov cocktail into one of the vehicles, court papers further allege.

After the FBI obtained Verizon Wireless records that showed Jackson was in downtown Seattle at the time of the arsons, investigators applied for, and received, a search warrant that directed Apple to provide them with “evidence related to the May 30 arsons that was stored” in the iCloud account that was linked to him.

On Aug. 28, Apple provided the FBI with “the contents of Jackson’s iCloud Photo Library,” among other things, which showed his involvement in the May 30 unrest, court papers alleged.

One of the pieces of evidence unearthed from Jackson’s iCloud was a screenshot from a website called mtlcounterinfo.org, which showed, in part, “a list of ‘Ingredients’ used to manufacture a Molotov cocktail,” the complaint states. 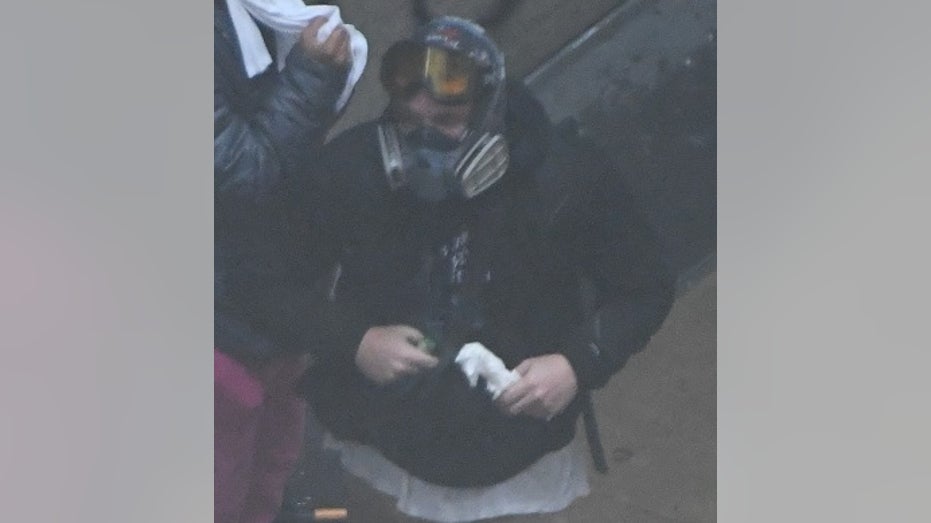 Photo shows suspect alleged to be Kelly Jackson at protest on May 30, 2020 (U.S. Attorney’s Office Western District of Washington)

“Inside the bag is a green glass bottle with a gold cap, filled with a liquid,” the criminal complaint states. “This item appears consistent with the Molotov cocktails Jackson threw.”

Investigators also found a video that shows a person, allegedly Jackson, throwing what appears to be a flaming glass bottle through the police vehicle’s open driver side door.

“Notably, the video begins prior to the subject entering the frame, suggesting foreknowledge of the impending act,” the court papers state. “Immediately after throwing the Molotov cocktail into [the vehicle], the arson subject runs back over to the individual capturing the video and celebrates directly in front of the camera.”

Jackson faces up to 20 years in prison if convicted of arson, and up to 10 years if convicted of possession of a destructive device. His defense attorney did not immediately respond to FOX Business’ request for comment.

Apple has not been as willing to provide the government with information in the past.

In one of the most recent examples, Apple was accused of refusing to assist investigators who were hoping to extract data from two iPhones that belonged to the gunman who opened fire at the Pensacola Naval Air Station on Dec. 6, 2019.

“We received effectively no help from Apple,” FBI Director Christopher Wray said during a May press conference regarding updates in the investigation.

Apple did not respond to FOX Business’ request seeking comment.