Apple reveals it rejected or removed over 1MILLION malicious apps from its App Store in 2020 and stopped more than $1.5billion in potentially fraudulent transactions

Apple rejected or removed more than 1 million malicious apps from its App Store and stopped more than $1.5 billion in potentially fraudulent transactions in 2020.

The US tech giant said its combination of ‘sophisticated technology and human expertise’ kept customers on its online store safe for the year.

The announcement follows revelations that Apple is facing a £1.5 billion legal battle over allegedly ‘overcharging’ millions of UK customers for apps in its App Store. 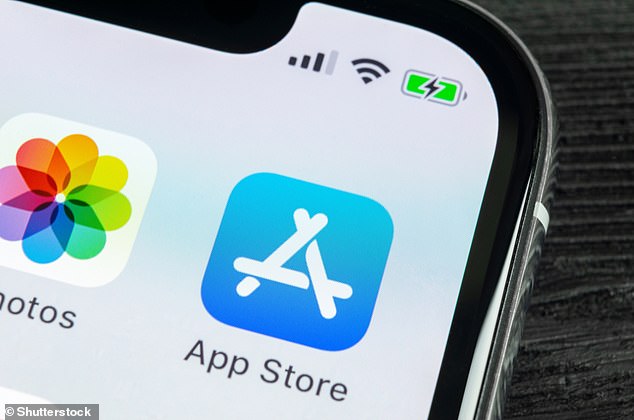 ‘Threats have been present since the first day the App Store launched on iPhone, and they’ve increased in both scale and sophistication in the years since,’ the firm said in a online post.

‘Apple has likewise scaled its efforts to meet those threats, taking relentless steps forward to combat these risks to users and developers alike.’

Apple revealed that more than 180,000 new developers launched their first app on the App Store last year – and that there’s now around 1.8 million apps available to purchase.

App developers have seen a boom in business due to the coronavirus pandemic, Apple revealed in March.

The tech giant, valued at more than two trillion dollars, says 2020 saw a 22 per cent boost in earnings compared to 2019 for developers. Apple did not give exact figures for either year.

As a result, more than 330,000 Britons are, at least in part, now employed with money from the App Store. This figure is up 10 per cent year-on-year, Apple claims.

Another 150,000 were rejected for being spam, copycats or misleading to users, while 95,000 were removed for ‘fraudulent violations’.

As well as preventing $1.5 billion in fraudulent translations on the store, Apple said 3 million cards were prevented from being used to purchase stolen goods and services last year.

Sometimes on the App Store, developer accounts are created entirely for fraudulent purposes, often resulting in the offender being expelled from the App Store Developer Program and their account terminated.

Apple said it terminated 470,000 developer accounts in 2020 and rejected an additional 205,000 developer enrollments over fraud concerns, preventing these bad actors from ever submitting an app to the store again.

An over the last 12 months, Apple found and blocked nearly 110,000 illegitimate apps on pirate storefronts, it also revealed.

Apple’s announcement follows the announcement of a billion-pound legal action brought forward against the firm, over accusations it has broken UK competition law by ‘overcharging’ millions of people using its apps. 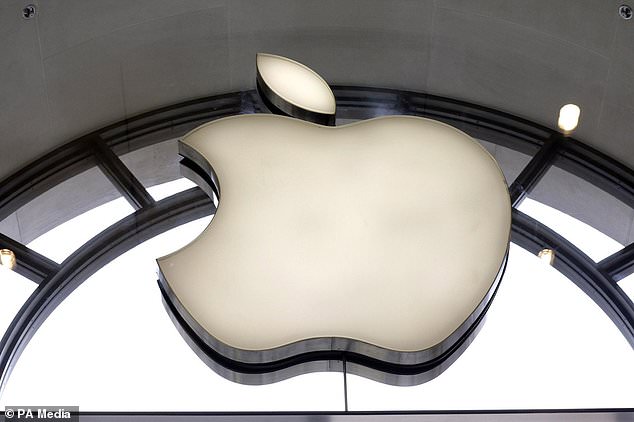 The tech giant is alleged to have deliberately shut out competition and forced people to use its own payment system.

Apple’s policy of taking up to 30 per cent commission on such transactions is ‘unjustified’ and has generated ‘excessive’ profits, the claim argues.

Damages of up to £1.5 billion are being sought, and could see as many as 19.6 million users in the UK eligible for compensation.

The claim, which has been filed in the Competition Appeal Tribunal, says anyone with an iPhone or iPad who paid for apps or made any in-app purchases within the UK version of the App Store since October 1, 2015 could be entitled.

In response to the legal claim, Apple said: ‘We believe this lawsuit is meritless and welcome the opportunity to discuss with the court our unwavering commitment to consumers and the many benefits the App Store has delivered to the UK’s innovation economy.’

Apple is also going against video games developer Epic Games, known for the popular game Fortnite, over its App Store.

Epic alleges that Apple has transformed App Store, a once-tiny digital storefront, into an illegal monopoly that squeezes mobile apps for a significant slice of their earnings, which Apple denies.

Epic also takes issue over Apple taking a commission of up to 30 per cent on purchases made within apps, including everything from digital items in games to subscriptions.

Apple started building its dominant App Store 13 years ago as part of a strategy masterminded by co-founder Steve Jobs.

It comes with a controversial feature called App Tracking Transparency, which aims to crack down on apps that track iPhone users, such as Facebook and Google.

The feature requires all phone apps to get the user’s permission before tracking their data across websites or apps owned by other companies.

It let users go to their Settings and see which apps have requested permission to track them, and make any changes as they see fit.

The update, which was delayed last year, is a blow to Facebook and other digital services with apps that depend on such data surveillance to help sell ads.

Currently, iPhone users are frequently tracked by apps they install unless they take the extra step of going into iPhone settings and opting-out.

However, App Tracking Transparency changes this to an opt-in model, on a per-app basis.

Facebook CEO Mark Zuckerberg has opposed the feature, suggesting that some free digital services will be hampered if they can’t compile personal information to customise ads.

‘Apple may say that they are doing this to help people, but the moves clearly track their competitive interests,’ Zuckerberg said in January.

In December, Facebook took out a series of full-page newspaper advertisements in in The New York Times, The Wall Street Journal and others, attacking Apple in what the social media giant said was a show of support for small businesses.

However, in March Zuckerberg seemed to relax his stance, saying Facebook will ‘be in a good position’ when App Tracking Transparency comes into force.

The other key features for iOS 14.5 are:

– UI tweaks for the Podcasts app

– New interface for typing with Siri and sending messages with Siri