Are Kids Vaping Because Music Videos Make It Look Cool?

This is an issue we’ve faced time and time again — same story, different substance — when beautiful people use potentially harmful products on screen, impressionable viewers think it looks good. The latest bad habit splashed all over the screens: vaping. And watching music videos with vaping images is associated with increased electronic cigarette use among young adults, according to a new study. Though we’re not suggesting pop stars are responsible for raising our kids, we as parents need to be aware of these influences. 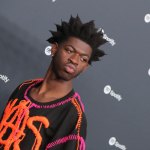 Jon-Patrick Allem, an assistant professor of research at the University of Southern California, and his colleagues have conducted research over the past three years to determine the extent of electronic product placement in music videos on YouTube and whether there is any relation to vaping frequency among viewers. While they have not proven a causal relationship, the study showed a correlation.

Product placement for cigarettes and chew tobacco is prohibited in television, music videos, and motion pictures, according to the Tobacco Master Settlement Agreement of 1998, but those restrictions do not apply to electronic cigarettes, or vape pens. As such, manufacturers are free to include them in music videos of popular recording artists, which receive billions of views on YouTube and are shared regularly among young watchers.

To do their research, Allem and his team first identified songs on the Billboard Hot 100 list between June 16 and Sept. 22, 2018, and their 180 official music videos. They then coded the videos for electronic cigarette product placement and imagery, visible brand names and number of views. For example, video “No Brainer” by DJ Khaled, featuring Justin Bieber, Chance the Rapper, and Quavo, contained several scenes of female models and DJ Khaled himself using KandyPens’ products.

The researchers then recruited a representative sample of 1,280 young adults, ages 18 to 24, who lived in California to complete surveys that assessed their exposure to specific music videos and electronic cigarette use. Participants recalled an average of four music videos among the 20 videos listed.

Allem notes the limitations of his team’s research, however, as the sample size was relatively small and included only young people living in California. The substance being vaped in the videos was also not determined, and could have been nicotine, CBD, or THC.

“Our study did not determine a causal relationship between exposure to product placement or imagery in music videos and electronic cigarette use,” Allem wrote. “However, this is an area of future research for our team.”

According to the most recent data from the CDC, 20.8 percent of adolescents in grades 9-12 reported using electronic cigarettes in the past 30 days. The health effects of e-cigarettes on adults include increased likelihood to have a heart attack, coronary artery disease, and depression compared with those who don’t use them or any tobacco products. For kids, teens, and young adults, nicotine can harm adolescent brain development, which continues into the early to mid-20s, according to the CDC. “Using nicotine in adolescence can harm the parts of the brain that control attention, learning, mood, and impulse control,” and can change the way important synapses between brain cells are built, which are necessary for learning new skills and storing new memories, says the CDC.

“We believe that district attorneys and attorneys general should investigate electronic cigarette product placement in music videos due to their popularity among those under the legal tobacco purchasing age,” Allem wrote. “Health campaigns should warn the public about these promotional practices.”

“Parents should discuss the harms of vaping with their children,” he added. “Young people of all ages should think about the ways in which companies use popular media to influence their attitudes and behaviors. Positive vaping imagery, as seen in music videos, may impact their choices down the road.”

If you’re a parent of a tween, teen, or young adult, there are lots of resources for how to talk to your kid about vaping. The most important tip is just to start a dialogue ASAP, with even a short convo.

“People feel overwhelmed by the big job of having these big conversations,” Dr. Sarah Garwood, a Washington University adolescent medicine physician at St. Louis Children’s Hospital, told SheKnows, “but repeated messages over time can be more effective than a big lecture. Plus, it feels more approachable as a parent.”

Before you go, check out our gallery on Cute & Stylish Kids Face Masks.