Few current Saturday Night Live cast members draw as much attention as Pete Davidson. The comedian’s love life, personal struggles, and even famous friends are constantly popping up in the news. But Davidson is perhaps most associated with rapper/singer Machine Gun Kelly. The two often collaborate, but are Davidson and Machine Gun Kelly really friends? 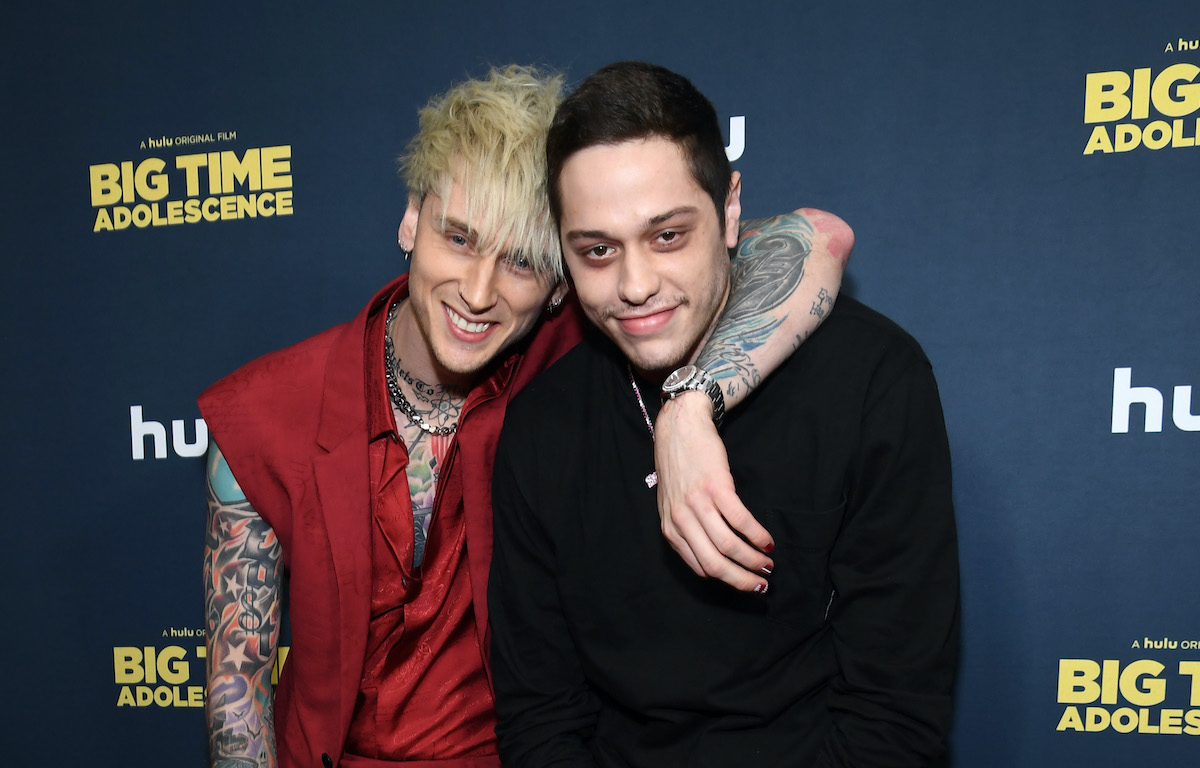 Although Davidson plays a variety of characters every week on SNL, Machine Gun Kelly isn’t much of an actor. Sure, he has popped up on TV and the big screen several times. But in almost all instances, he’s playing some version of himself. However, as Davidson has kickstarted his own movie career in recent years, he has taken Machine Gun Kelly along with him.

First, the rapper shared the screen with Davidson in the 2019 comedy Big Time Adolescence. Davidson and Griffin Gluck star. But Machine Gun Kelly — credited by his real name, Colson Baker, — plays a key supporting role. Moreover, Davidson and Machine Gun Kelly worked together again in Davidson’s The King of Staten Island, with the latter appearing as a tattoo shop owner.

But are Pete Davidson and Machine Gun Kelly friends in real life?

Certainly, their passion for tattoos is an interest Davidson and Machine Gun Kelly share. But their friendship appears to be much more than skin-deep, fans might be relieved to know. Early in their careers, both men started out on MTV shows like Wild ‘N Out in the early 2010s. Davidson also appeared on Guy Code, while Machine Gun Kelly showed up on one of its spinoffs, Guy Court.

Of course, the two men took different career paths in the following years. But they remain close friends. Machine Gun Kelly even publicly supported Davidson’s short-lived engagement to pop star Ariana Grande. And he and Davidson seemingly look for every opportunity to continue collaborating. They worked together again on 2019’s Netflix Mötley Crüe biopic The Dirt.

Naturally, Davidson has even, albeit briefly, parodied his famous friend on SNL. Notably, he impersonated Machine Gun Kelly during a 2020 sketch featuring Ego Nwodim as Dionne Warwick. While the gag did see Davidson poke gentle fun at Machine Gun Kelly, there does not appear to be any bad blood between the two, despite rumors they both dated Kate Beckinsale.

As far as their love lives are concerned, Machine Gun Kelly — who was the SNL musical guest in an early 2021 episode — seems to be dating actor Megan Fox. Meanwhile, Davidson appears to be single right now. However, regardless of their romantic status, the two friends are tight as ever. Fans will be happy to learn that is not about to change anytime in the near future.