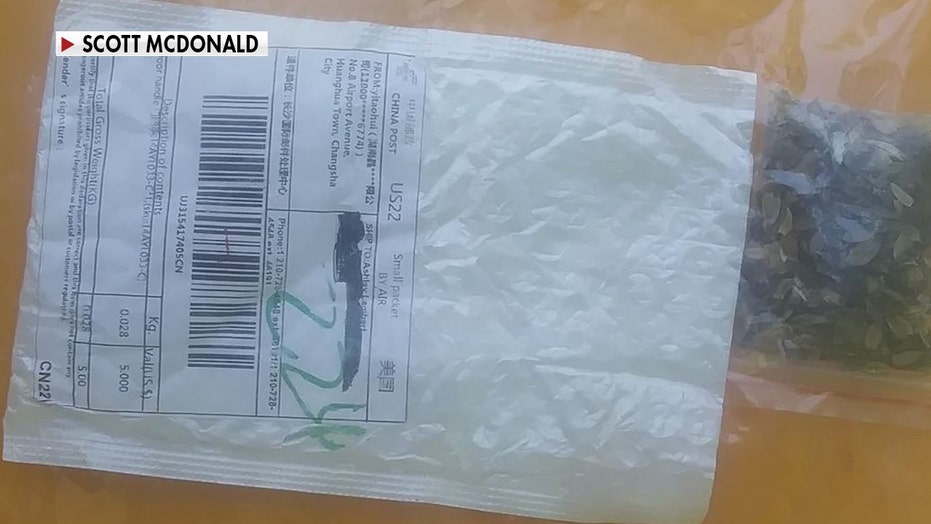 Packets of mystery seeds from China have been popping up in American mailboxes for the Last few weeks. Now the USDA has released new information, identifying what some of them might be.

A man from Booneville, Ark., planted unsolicited mystery seeds he received from China weeks before government officials issued their warnings not to, and now that plant has been “prepped for incineration,” a spokesperson from the Arkansas Department of Agriculture told Fox News.

The plant in question grew white fruits and orange blossoms that reportedly looked similar to a squash plant after having been grown for two months. After conducting an internal analysis, agriculture experts in Arkansas have determined the Booneville plant to be a species that is native to South and Southeast Asia.

“Department staff performed an unofficial identification of the plants and determined that it was Benincasa hispida – common name: Wax Gourd, Winter Melon, Chinese Watermelon. Out of an abundance of caution the plant material was incinerated,” wrote Arkansas Department of Agriculture’s Public Information Manager Anna Thrash in an email. “After further discussion with our USDA partners we will be transferring plant material collected in the future to them for official identification.”

The Booneville plant is one of the few if not only confirmed instance of the questionable foreign seeds being planted in the U.S. Though, thousands of Americans have reported receiving unsolicited seed packets largely from China and sometimes from Uzbekistan.

The U.S. Department of Agriculture and state officials began warning the public to not plant the seeds last month after it was established that these mailings were not isolated incidents. Several species have been successfully identified by the agency’s Animal and Plant Health Inspection Service.

MYSTERIOUS SEEDS FROM CHINA BEING INVESTIGATED BY FEDS, UNIVERSITIES TO LEARN SOURCE OF MAILINGS

“The seeds APHIS has identified so far are not uniform or of any particular type. They include a mixture of ornamental, fruit and vegetable, herb, and weed seeds,” a spokesperson for the USDA wrote to Fox News via email. “Some of the species identified include cabbage, broccoli, kale, celery, coriander, cilantro, sunflower, Ivyleaf Morning-Glory, Lavender, Basil, Rose, and Garden Tomato.”

More than 9,000 emails from private citizens throughout the country have been sent in to the USDA regarding unsolicited seeds, according to USDA APHIS Deputy Administrator Osama El-Lissy. In the agency’s Tuesday radio broadcast, he revealed that the USDA has collected 925 seed packages so far.

Of the seeds that have been tested, nothing overly sinister has been found. But, the USDA acknowledged it has only a checked a small percentage of what it received.

Two noxious weeds have been discovered from two separate seed packages, which include dodder and water spinach, according to El-Lissy. Another single seed package contained larvae from a leaf beetle, which is a common pest that can be found in the U.S.

“Other than that, we haven’t found anything alarming,” El-Lissy said.

He also reiterated that any person who receives an unsolicited package of seeds should contact the agriculture department in the state where they live and file a report. The site will then contact the USDA APHIS, so the team’s experts can evaluate seeds. 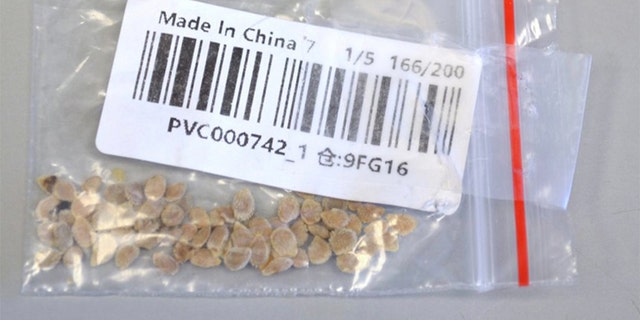 US POSTAL SERVICE IS URGED TO STOP DELIVERING MYSTERIOUS SEEDS

Since most of the seeds are coming from China, the USDA is working with its counterparts in the country in addition to the Chinese postal service to help identify the senders of these unsolicited packets.

El-Lissy shared that the USDA does know the name of the companies shipping out the seeds “but we don’t know the background information about these companies and that’s why we’re working with our counterparts in China to follow up on some of these senders.”

“We’ve been working with the primary ecommerce companies to use their own systems in stopping future shipments to the United States,” he continued.

Moreover, U.S. Customs and Border Protection officials are working with the USDA to “to intercept any future packages being shipped to the United States,” according to El-Lissy.

The seeds have been shipped to other countries. Authorities in the U.S. are taking heightened precautions as the nation’s economy remains shaky in light of the coronavirus pandemic. Invasive plant species or pests could be harmful to domestic agriculture.