“Gas got all over my clothes and I ended up burning 25% of my body.”

As I Lay Dying singer Tim Lambesis revealed he was hospitalized after suffering burns from a bonfire accident.

Taking to his Instagram account on Wednesday, the musician, 40, shared a photo of himself wrapped with bandages in a hospital bed and told fans he was on his way to surgery. 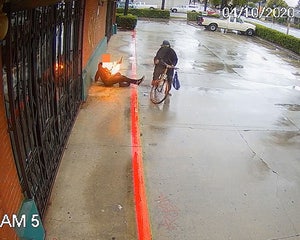 “I apologize to my friends that I have not had the time to fill in yet on what happened,” he wrote. “The entire gas cap fell off when trying to use a little from the trickle tip to get a bonfire started. Gas got all over my clothes and I ended up burning 25% of my body.”

The San Diego-based heavy metal rocker, who was jailed for attempting to hire a hitman to murder his wife in 2014, went on to say he will “most likely” have to stay in the hospital for a few more weeks.

“I will try to update on my recovery,” he added. “It will be a long road, but I will get back to full strength eventually.”

In May 2013, Lambesis was arrested after soliciting an undercover cop to murder his wife of eight years. A year later, he pleaded guilty to the charges and was sentenced to six years behind bars. He was released early on December 17, 2016.

Exactly a year after his release, Lambesis made a public apology on his Facebook page, writing, “Words cannot begin to express how deeply sorry I am for the hurt that I have caused. There is no defense for what I did, and I look back on the person I became with as much disdain as many of you likely do.”

“I apologize to my former wife and remarkable children for my appalling actions,” he continued. “There’s not a single day that goes by where I don’t wish I could undo the damage I caused, and out of respect for their wishes I will not discuss anything else about them (now or in the future).” 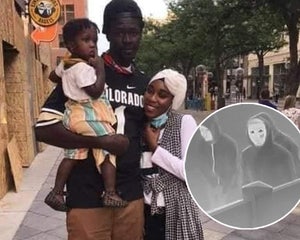