The 8-month-old baby, who has been given ‘days’ to live, was taken to the hospital on Sunday for a blood transfusion.

The Challenge’s Ashley Cain and his girlfriend Safiyya Vorajee continued to open up about their baby girl’s heartbreaking battle with leukemia.

On Sunday, their 8-month-old daughter Azaylia was rushed to the hospital for an emergency platelet transfusion after the disease caused extreme bleeding from her nose. 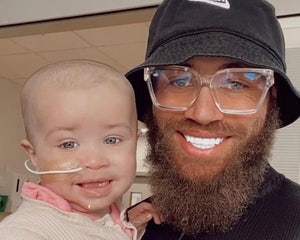 The Challenge's Ashley Cain Says 8-Month-Old Daughter Has 'One, Two Days to Live' in Cancer Battle

“Because of her blood cancer it means it eats away at the cells that help to clot the blood, so with the tumors, plus the lack of platelets in her body, that means she could bleed out from the inside and that’s no way for Azaylia to go,” Ashley explained in an Instagram Story.

Safiyya revealed the 30 minute transfusion didn’t stop the bleeding, so Azaylia was put on an observation machine, allowing the parents to monitor their baby’s oxygen and heart rate levels.

“I have the privilege to wake up this morning and watch her open her eyes and play this is precious🙏🏼,” she added on her Instagram. “Tomorrow isn’t promised to anyone, waking up today is the blessing itself.”

Azaylia was diagnosed with cancer at only 2 months old and has been in and out of treatment since. During the latest round of treatments, doctors discovered tumors throughout the baby’s body and gave her only ‘days’ to live. However, the parents continue to be optimistic and are doing everything possible to keep Azaylia comfortable.

“I just wake up in the morning and look at her and feel so blessed that every single morning I’m waking up with her and having her there to hold and to smile and to sing all our Jungle Book theme all day long,” Safiyya explained in an Instagram Story.

“The amount of times we sing this to her is just mindblowing and I feel so happy that I can just spend today with her and play and just love her as much as I can and tell her how much I love her,” she continued. “This stuff is so hard and so difficult but I’m going to make every day as happy, as fun as playful as possible for her.”

“It’s absolutely heartbreaking, this feels like torture. It’s so difficult and so hard and the support you guys are all giving us is amazing, it’s incredible.”

Hours before Azaylia was taken in for her transfusion, Ashley shared a sweet video from Dwayne ‘The Rock’ Johnson, who sent well wishes to the family.

“Ashley, DJ here. First of all, the universe and God works in powerful, amazing, beautiful, mysterious ways. I rarely check my DMs and a friend of yours DMd me and I just happened to pick up her message and it sent me to your page. I want to tell you, first of all, I’m so sorry to hear about your beautiful daughter Azaylia,” Johnson said.

“You tell that little lion that I said let’s go champ, and to stay strong,” he added. 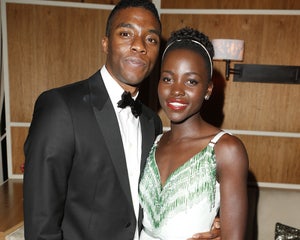 On Friday, Ashley told his fans and followers that the plan to take Azaylia to Singapore for CAR T-cell therapy — which was to be financed by the $1 million the couple had raised — was no longer viable as her condition had worsened.

“Her disease is that aggressive that nothing they are doing is working,” Ashley said. “She’s one in a trillion, but unfortunately so is her disease.”

“She’s had a tough, tough life,” he continued. “And I feel like for the last part of her life, I just want to take her home, see her like a baby and give her the best rest of her life that we can give her.”