ASTON VILLA were denied a stonewall injury time penalty by VAR as Brighton claimed a historic and dramatic win.

Goals from Danny Welbeck and Solly March – either side of Ezri Konsa’s equaliser – gave the Seagulls a deserved lead as they searched for their first ever win at Villa Park. 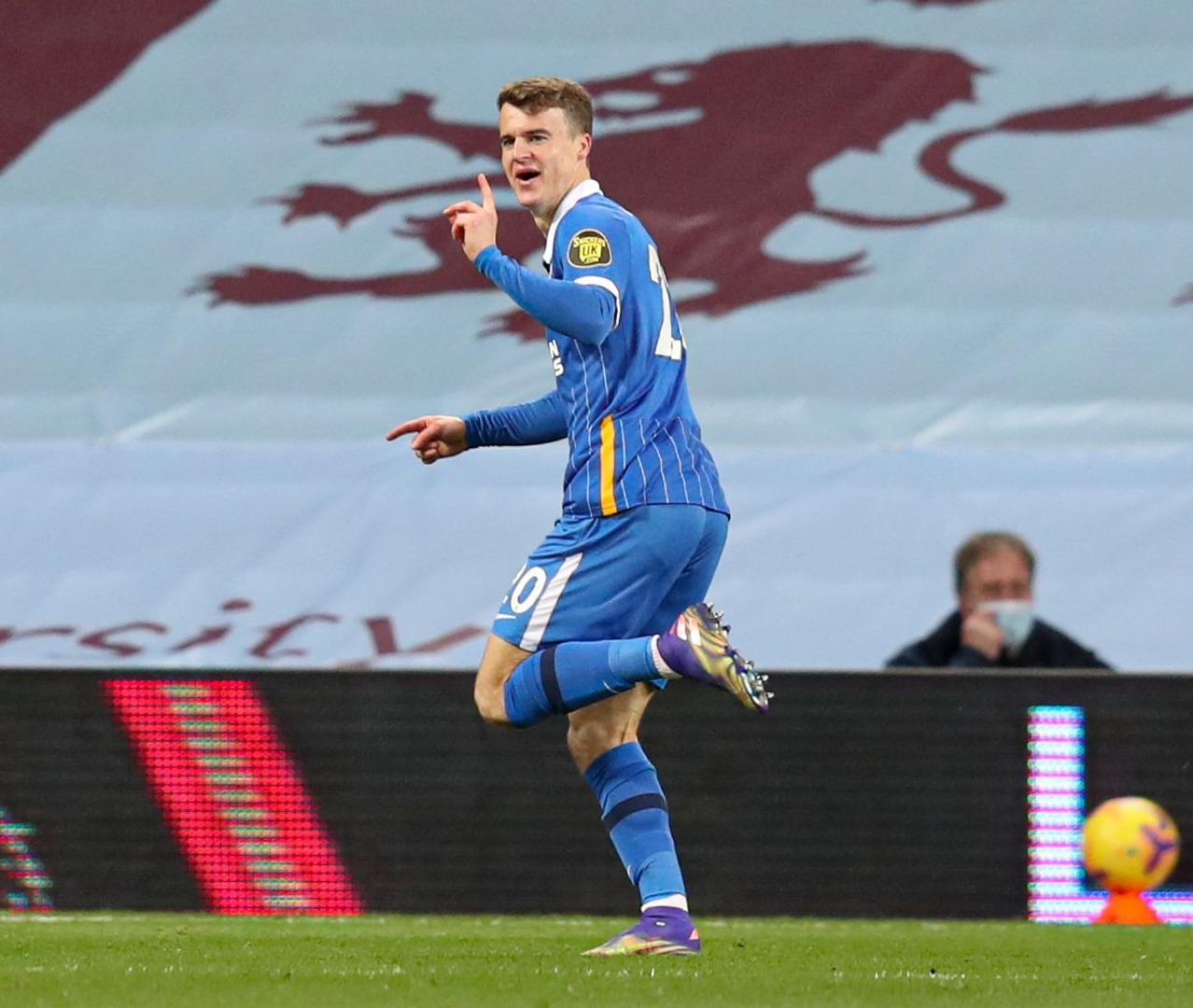 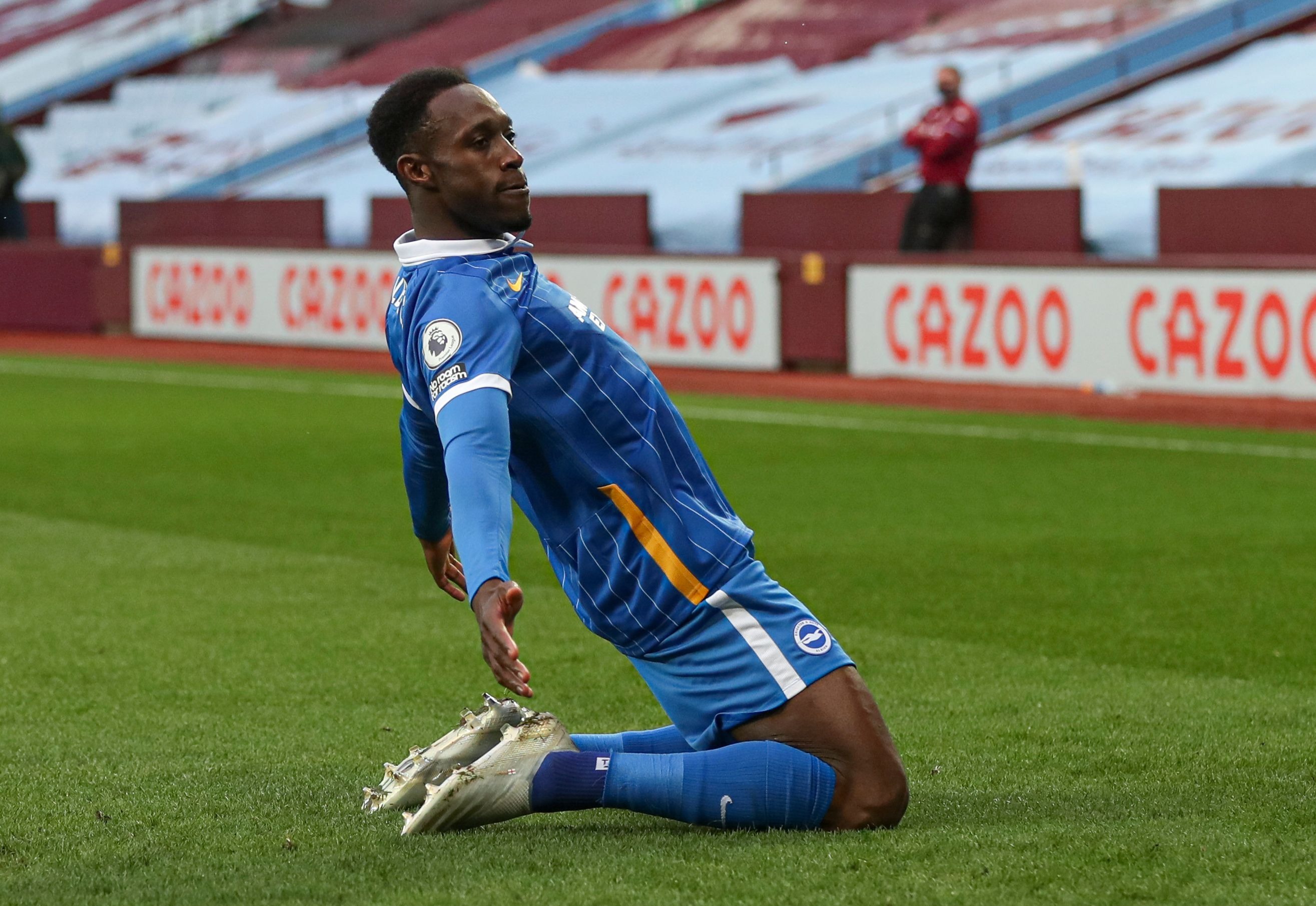 A late sending off for Tariq Lamptey was then followed by Michael Oliver awarding Villa a penalty after March’s challenge on Trezeguet.

But after VAR asked Oliver to carry out an on-field check on the monitor, he strangely decided to revert his original decision because of a slight touch on the ball by March.

A disappointing afternoon began in the opening minute as Ross Barkley was forced off with a hamstring injury after attempting to take a free-kick, with Bertrand Traore replacing him.

And after dominating the opening 10 minutes, they found themselves behind as Welbeck caught Villa’s incredibly high line off guard.

A neat interchange between Pascal Gross and Adam Lallana saw the latter put Welbeck through inside his own half, with 40 unmarked yards to gallop in to.

When he arrived, he cheekily chipped over his old Gunners teammate Emiliano Martinez with great composure.

He should have grabbed a second moments later but for a heavy touch on a beautiful through ball by Tariq Lamptey.

Villa continued to retain possession however, and were left to rue two glorious back-to-back chances as Trezeguet fluffed his lines with an open goal.

But Brighton had cause to be upset they did not go into the break with a greater lead as Neal Maupay and Lamptey proved a constant threat.

An injury for the visitors forced Graham Potter into a half time change; a tight groin for Adam Lallana saw him replaced by defender Joel Veltman.

It did not pay off – Villa equalising moments into the second half as Konsa’s outstretched boot connected with Traore’s whipped free-kick.

But Brighton responded perfectly 10 minutes later – March curling a beauty into the top corner after a switch of play from Gross.

Villa threw on Conor Hourihane and Anwar El Ghazi in the final 15 minutes as Brighton sat back, but they struggled to seriously test Mat Ryan.

Lamptey picked up his second yellow in the dying moments for a challenge on Grealish, earning him a second yellow meaning he will miss next week’s Liverpool clash.

And that was seconds before Trezeguet was taken down by March, only for Oliver to change his own decision after replays showed the Brighton midfielder clipped the ball before his follow-through. 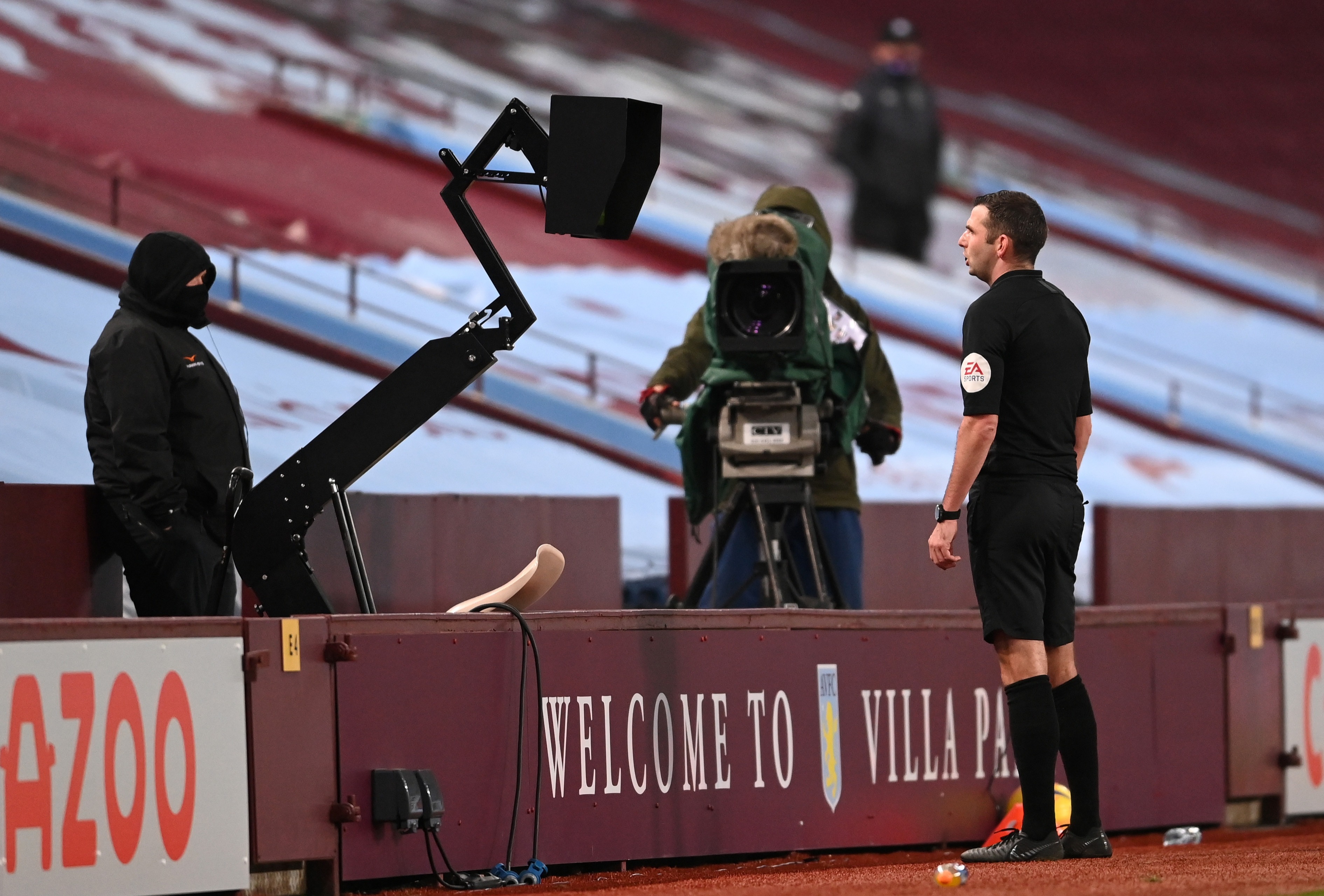 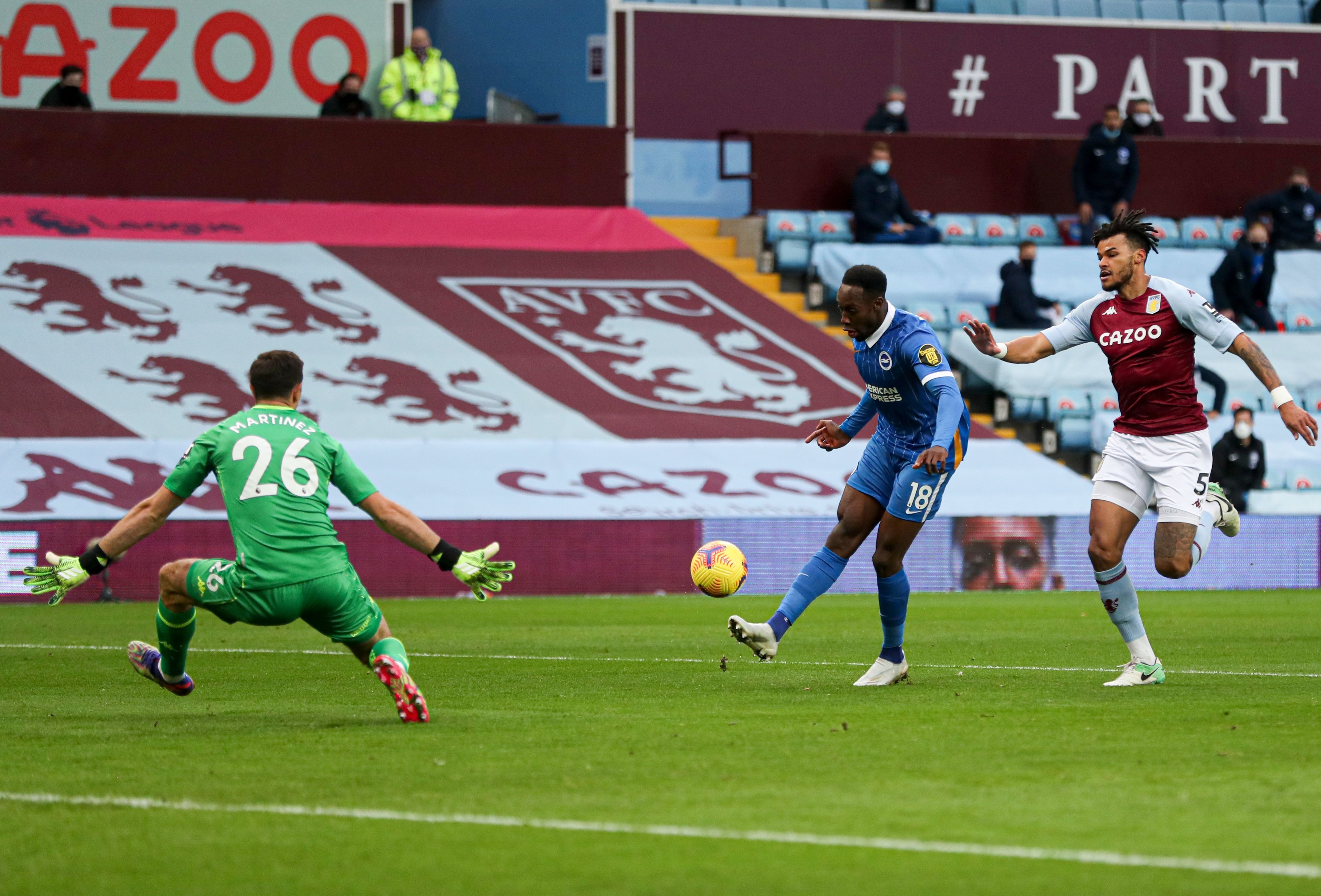 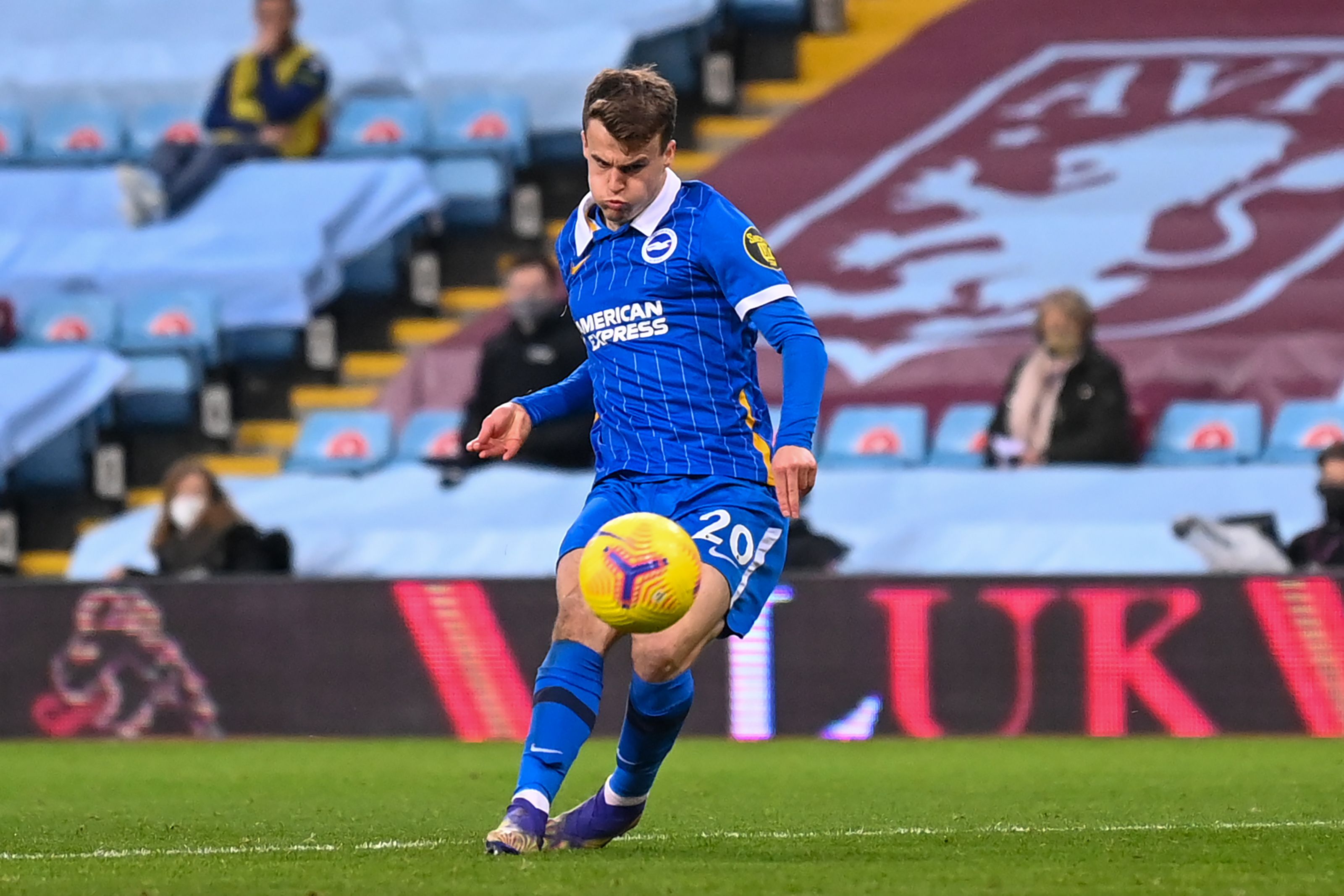 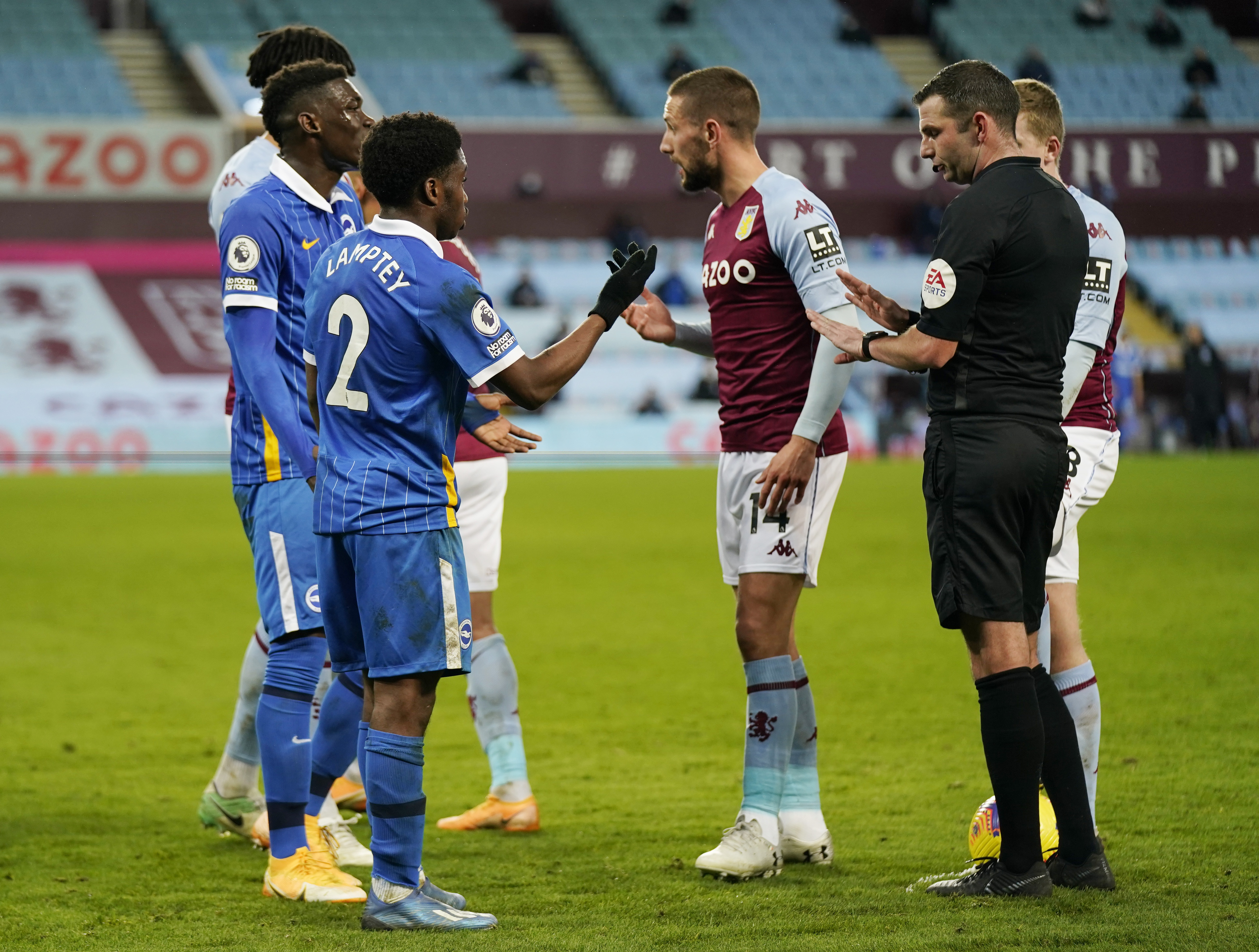