ATLETICO MADRID assistant manager German 'Mono' Burgos has revealed he will be leaving the club at the end of the season.

Burgos arrived in the Spanish capital at the same time as manager Diego Simeone in December 2011. 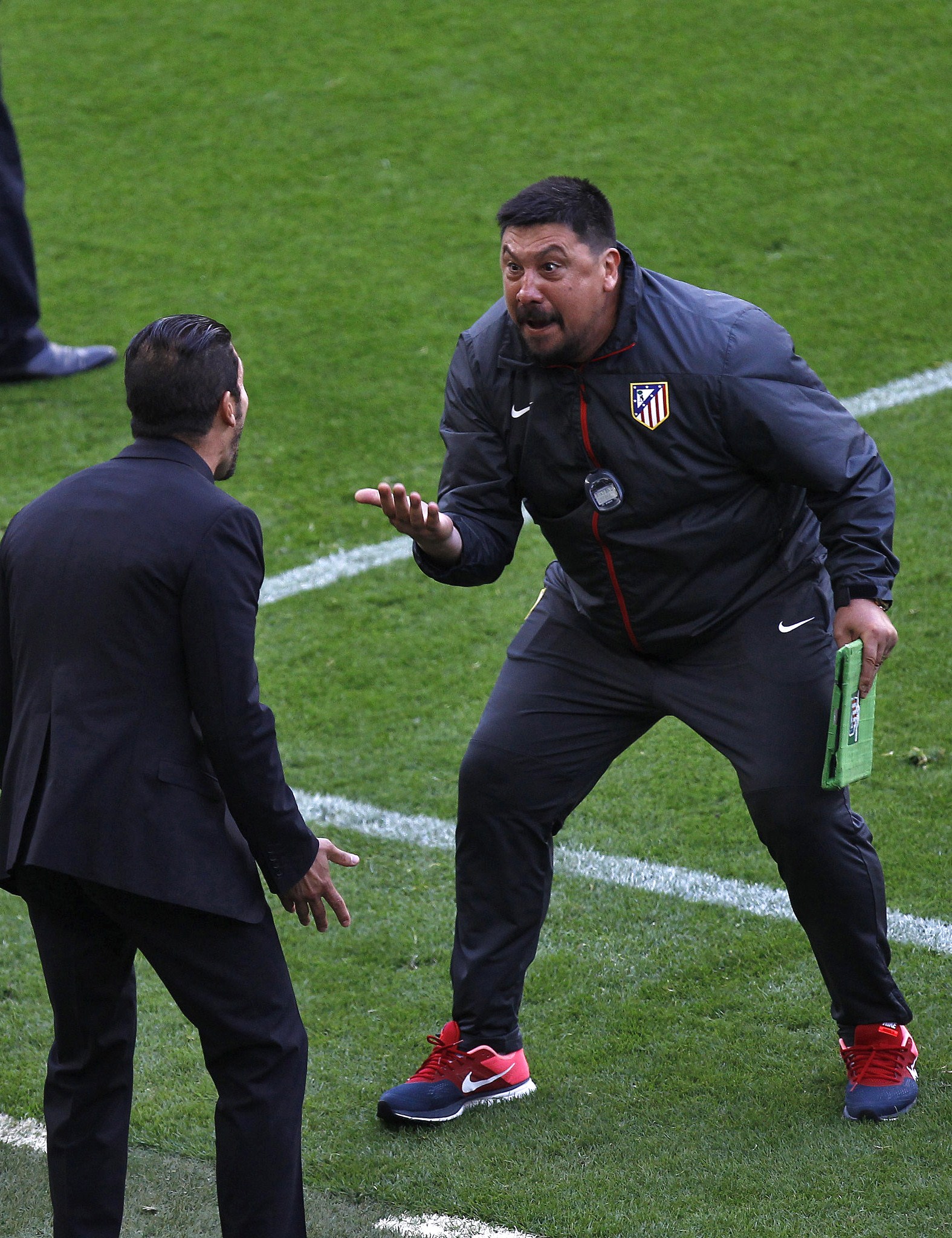 The Argentinian pair have shared a special relationship while working for Los Rojiblancos for almost a decade in La Liga.

But Burgos has decided to go his own way at the end of the campaign in order to become a head coach after years as El Cholo's right-hand man.

In a video posted on social media by the club, he said: "At the end of this season, I will start my career as a head coach.

"With more than 10 years of experience of the first division, I think I'm more than ready to coach a team myself." 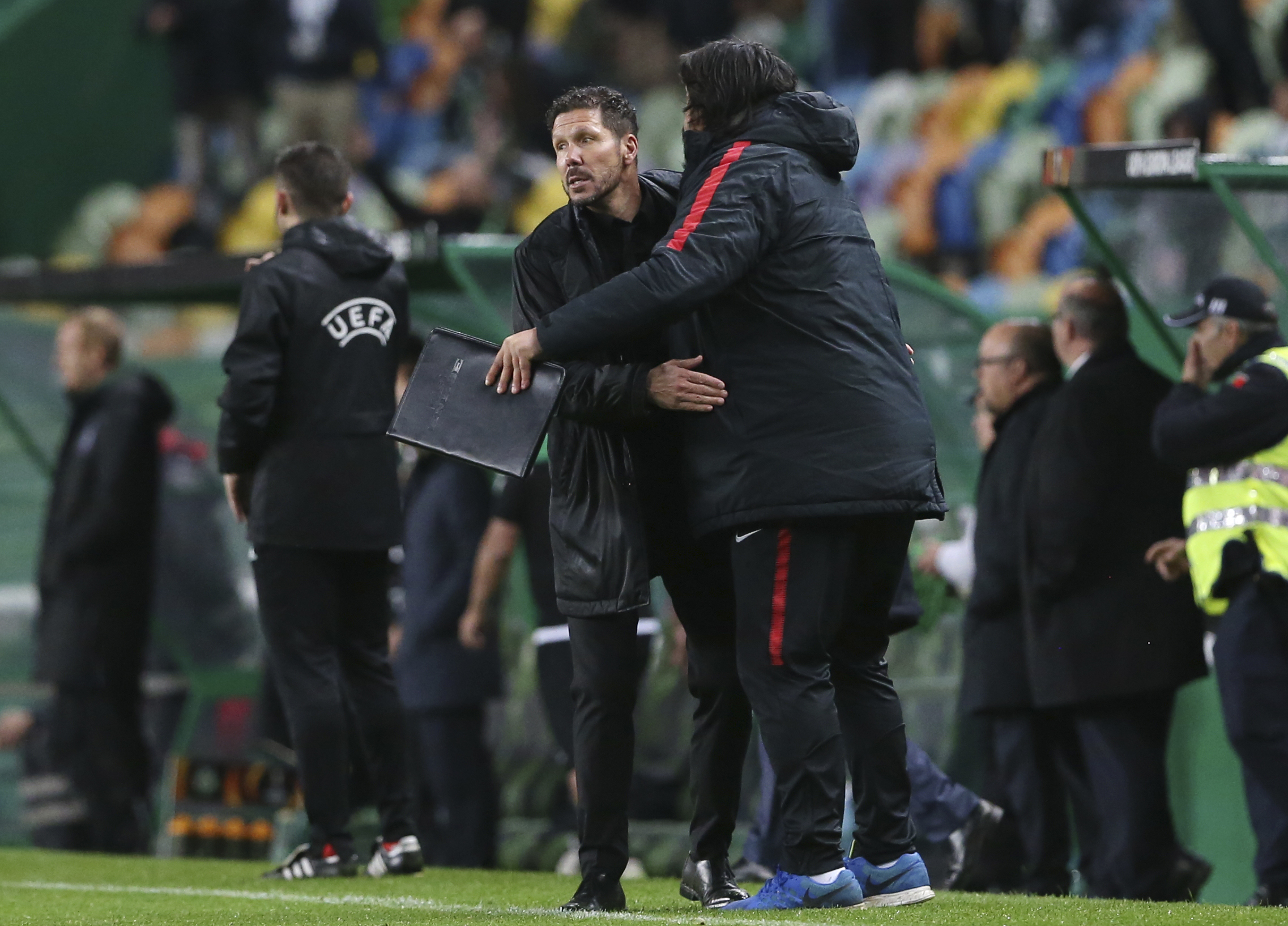 Burgos helped steer Atleti to their first league title in 16 years in 2014 and regards his celebratory embraces with Simeone as some of the memories he will cherish most.

He added: "There are two.

"The hug with El Cholo when we won LaLiga, that first hug, and the last one that we had at Anfield.

"We'll have the third when we win the Champions League [this season].

"It's a dream for everyone and I'm a chaser of dreams.

"Time, hunger and passion won't be enough for me to win the Champions League."

Burgos and Simeone orchestrated an incredible result for Atleti at Anfield back in March as they beat the reigning European champions Liverpool 3-2 on the night and 4-2 on aggregate.

The victory sealed a quarter-final place for Simeone's men but has been overshadowed by concerns over whether it should have gone ahead with fears it caused a "coronavirus hotspot of death".

Changes over the years 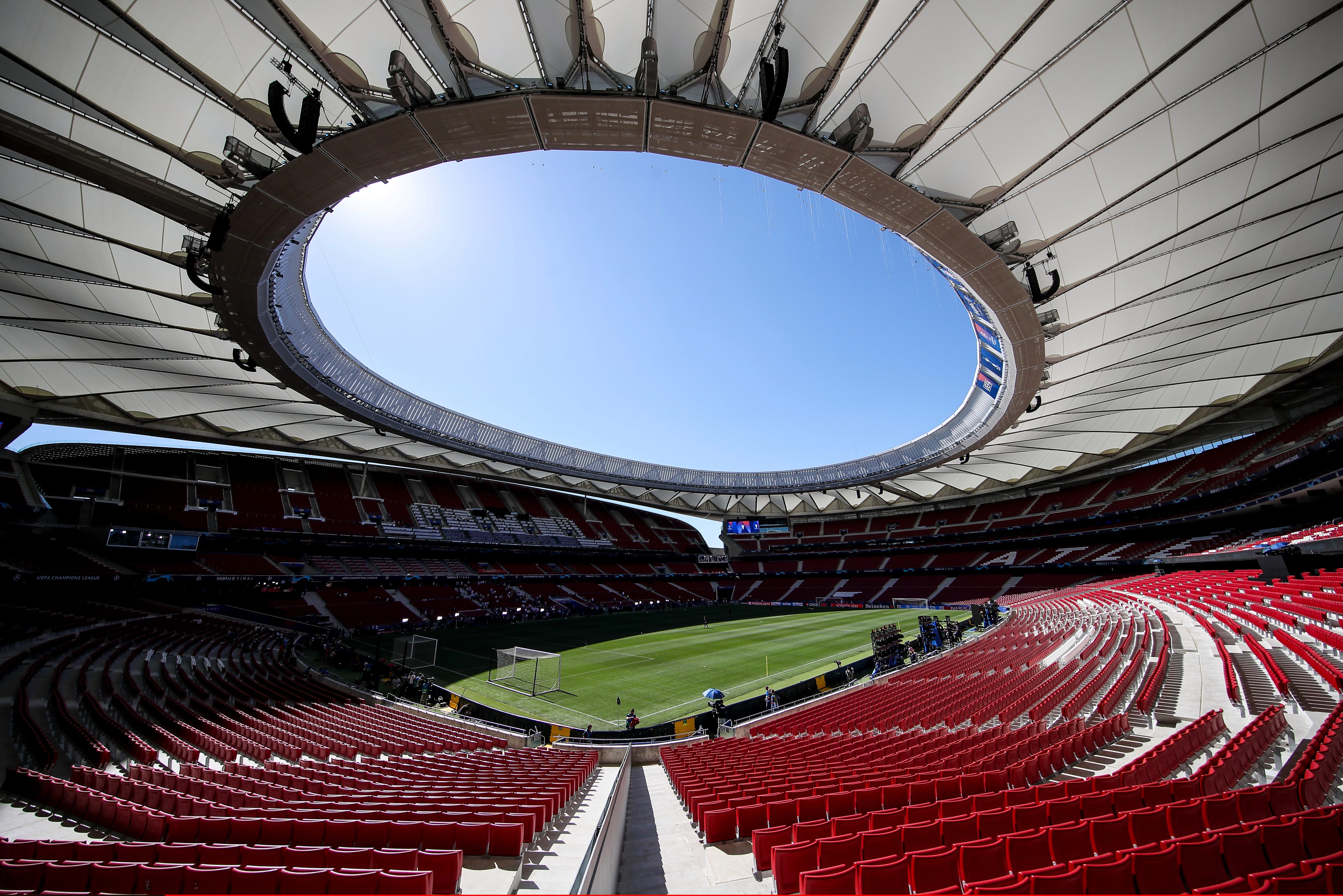 Atletico moved into their stunning Wanda Metropolitano stadium, which seats 68,456 people, in September 2017 and it is just one of the changes Burgos has helped preside over.

He said: "It's impressive having put [Atletico] back among the elite of world football.

"Something like the [Estadio Vicente] Calderon has passed, legends have passed and now we've got constant excitement with the Wanda.

"[I'm proud of] seeing boys like Koke and Saul grow into men, like [Jose] Gimenez or Thomas [Partey]…

"Also having coached world champions – that stays in my heart. Not everyone has the chance to do that.

"We've coached five of the seven Atletico have had in their entire history." 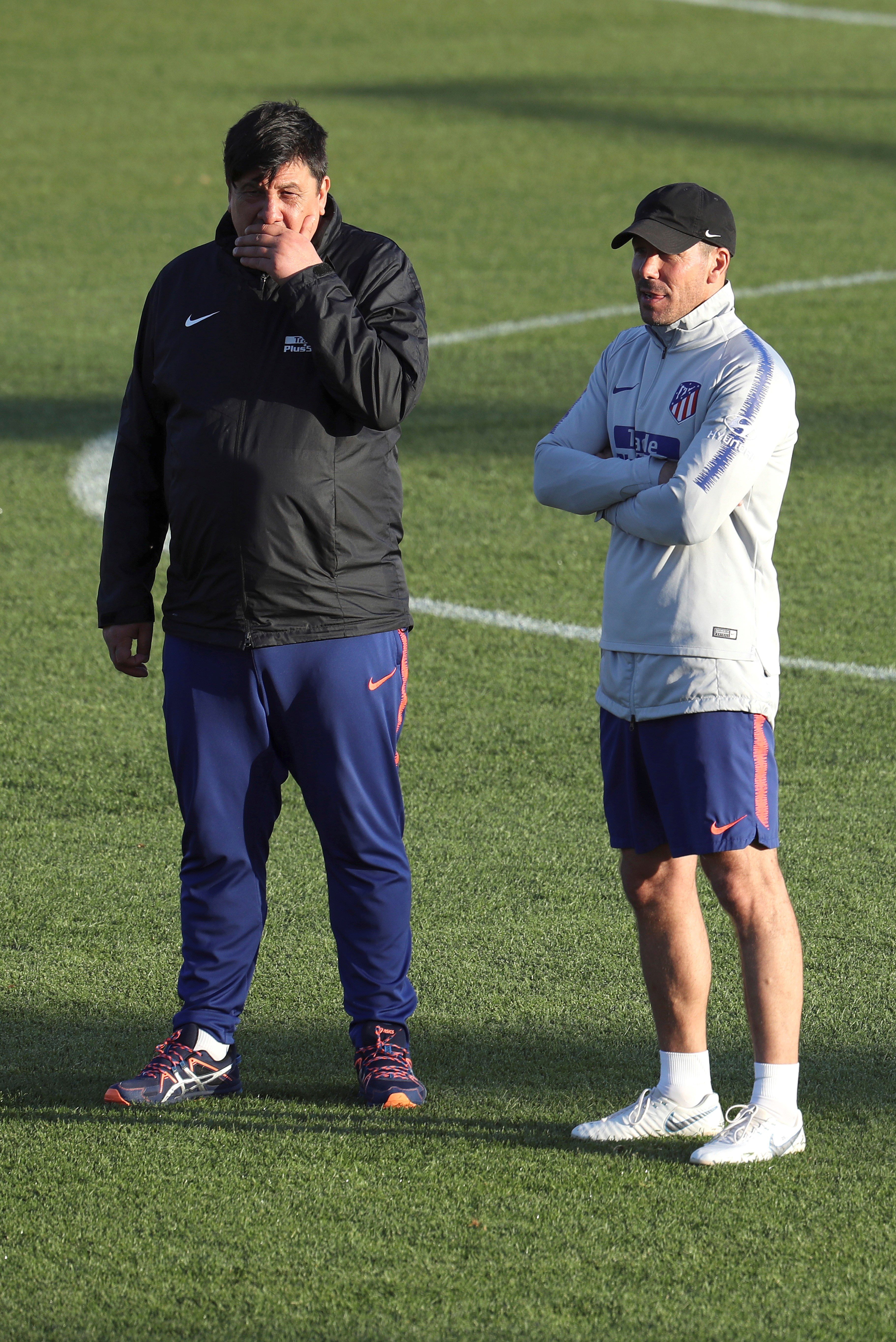 Burgos reflected on the tough decision he had made and insisted it was not a permanent goodbye.

He added: "The lads know. We haven't talked about it, but they're not stupid and everyone realised that I was going to make this step.

"I think they've accepted it well. They know I need to take this step and it's something that's going to happen to them too.

"I'm going in search of my dreams, like the one I have of winning the Champions League.

"This is a see you later, not a goodbye.

"Football will tell if we see each other again, so keep fighting, don't give up, chase your dreams.

"We're not living in pleasant times, but don't give up, keep fighting, fight for your life.

"We'll see each other [again] in football."

Burgos was a goalkeeper and finished his playing career with Atleti in 2004 after three years with the club, before returning seven years later as a coach.

He is renowned as one of the liveliest characters in Spanish football and has lifted one league title, two Europa League trophies and one Copa Del Rey in the capital.

The 51-year-old beat cancer, is a singer in a heavy metal band and in 1999 was given an 11-game ban for punching an opposing player. 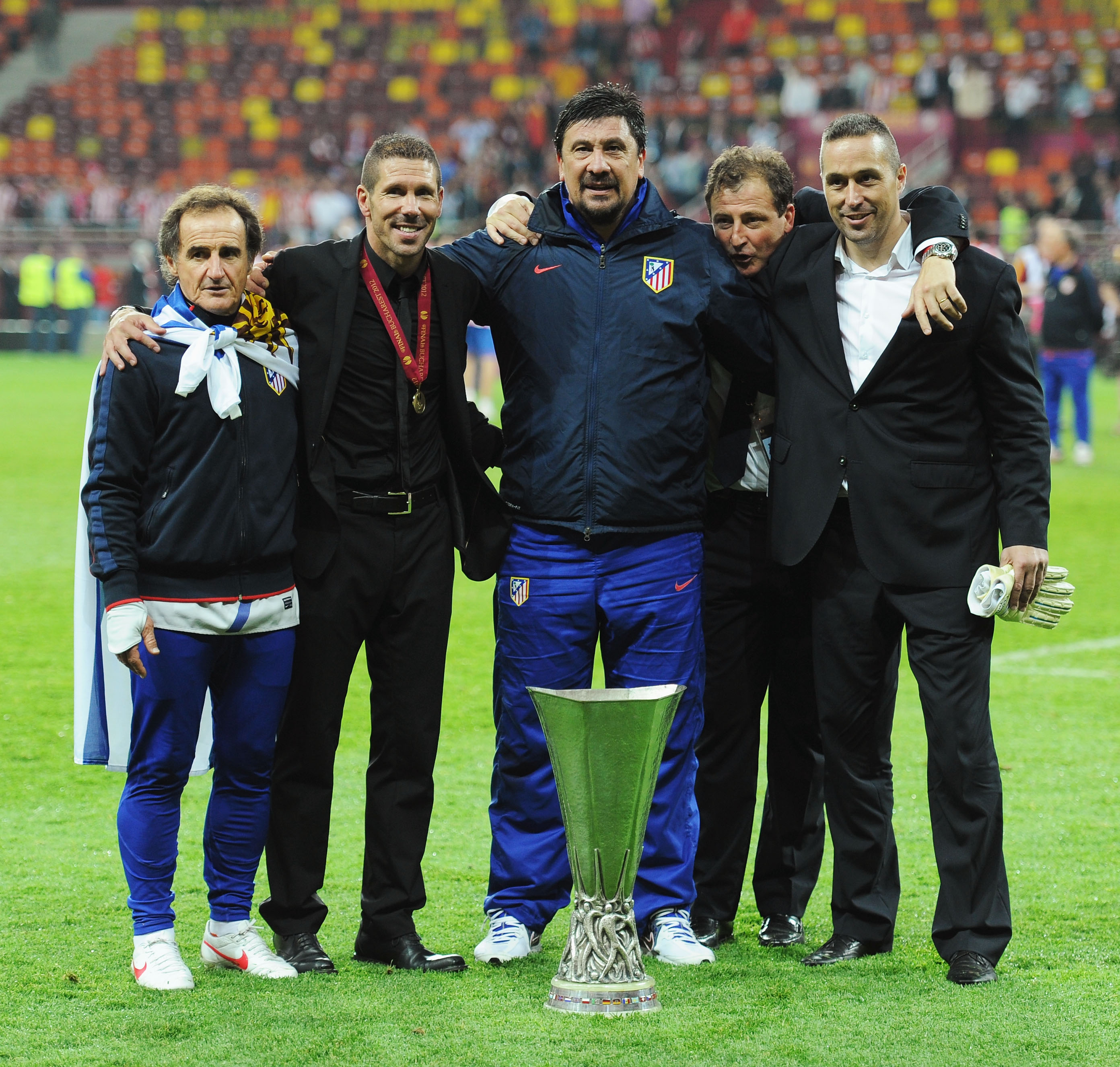