An Australian woman has been arrested and charged in Tanzania shortly after criticising the Tanzanian President's handling of the COVID-19 pandemic in a satirical social media post.

Zara Kay, an Australian citizen who was born in Tanzania, was told to attend a police station in the city of Dar es Salaam on December 28 before being detained for 32 hours. 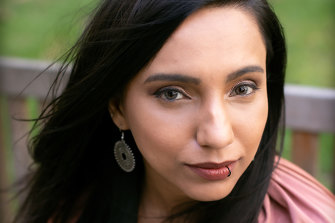 Authorities confiscated the Monash University-educated activist's Australian passport before bailing her on December 29.

In a tweet posted on her account on January 1, Ms Kay said: "I'm out on bail, thank you all for the support. I'm still quite traumatised from everything. Please don't stop fighting for me. They can try shaking me, but they won't break me".

The arrest, first reported by the ABC, has sparked renewed concern about Tanzania's crackdowns on activists critical of the government.

A spokesperson for the Department of Foreign Affairs and Trade said it was providing consular assistance to an Australian in Tanzania.

It is believed she was charged over the social media post, as well as for not returning her Tanzanian passport after becoming an Australian citizen.

Supporters say she was also charged with using a phone SIM card not registered in her name, an activity which has been used to target other activists critical of the government.

The International Coalition of Ex-Muslims said it believed Ms Kay was questioned about the work of her organisation and reasons she renounced her faith.

"The International Coalition of Ex-Muslims reiterates its call on the Tanzanian government to immediately drop all the charges against Zara Kay and allow her to leave the country," the organisation said.

"The constitution of Tanzania enshrines secularism as a state principle and recognises freedom of expression and of conscience. We also call on the Australian authorities to intervene and get Zara home to safety.

"We also call on the public to continue to take urgent action by contacting Tanzanian embassies in countries of residence and the Tanzanian government calling for all charges against Zara Kay to be dropped and that she be permitted to leave the country."